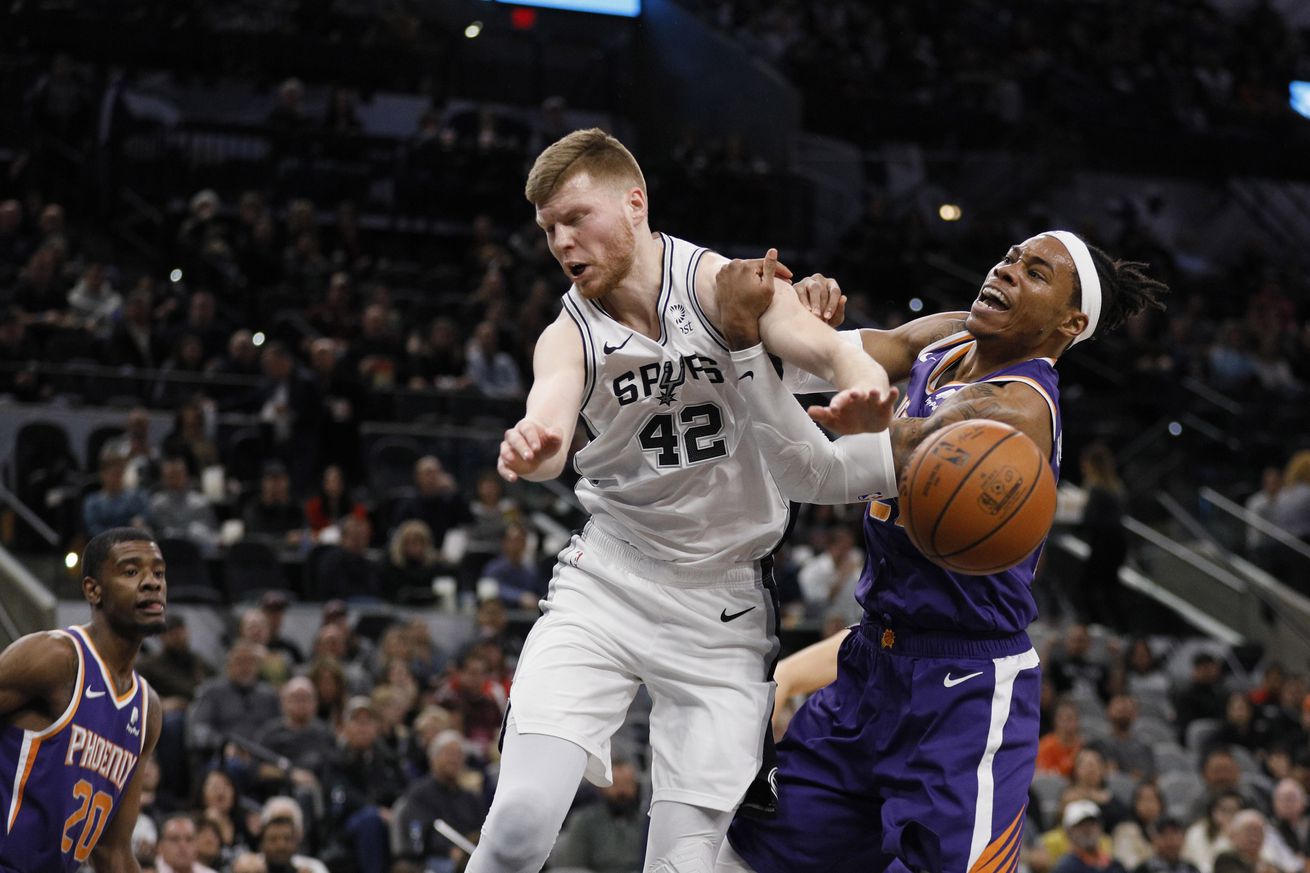 The Spurs were caught playing down to their opponent again but eked out the win.

The Spurs continued their habit of playing down to inferior opponents at home against the lowly, depleted Phoenix Suns, resulting in a nail-biter that was only over after a Rudy Gay buzzer-beater for the 126-124 win. Both teams were red-hot throughout in a defense-optional game, but the Spurs just barely did enough to avoid another confounding loss on their resume.

LaMarcus Aldridge led the Spurs with 29 points and 14 rebounds. Man-on-a-mission Davis Bertans had 18 points on 5-12 from three (upping those attempts, I see), including the second-most important shot of the game to put the Spurs up by 4 with 33 seconds left, plus a career-high 4 steals, and five other Spurs scored in double figures. Devin Booker scored 38 points for the Suns, and Spurs-nemesis Jamal Crawford put up 22.

For the Suns fan’s perspective, visit Bright Side of the Sun.

The Spurs continue their homestand on Thursday against the upstart Brooklyn Nets. Tip-off will be at 7:30 PM CT on FSSW.