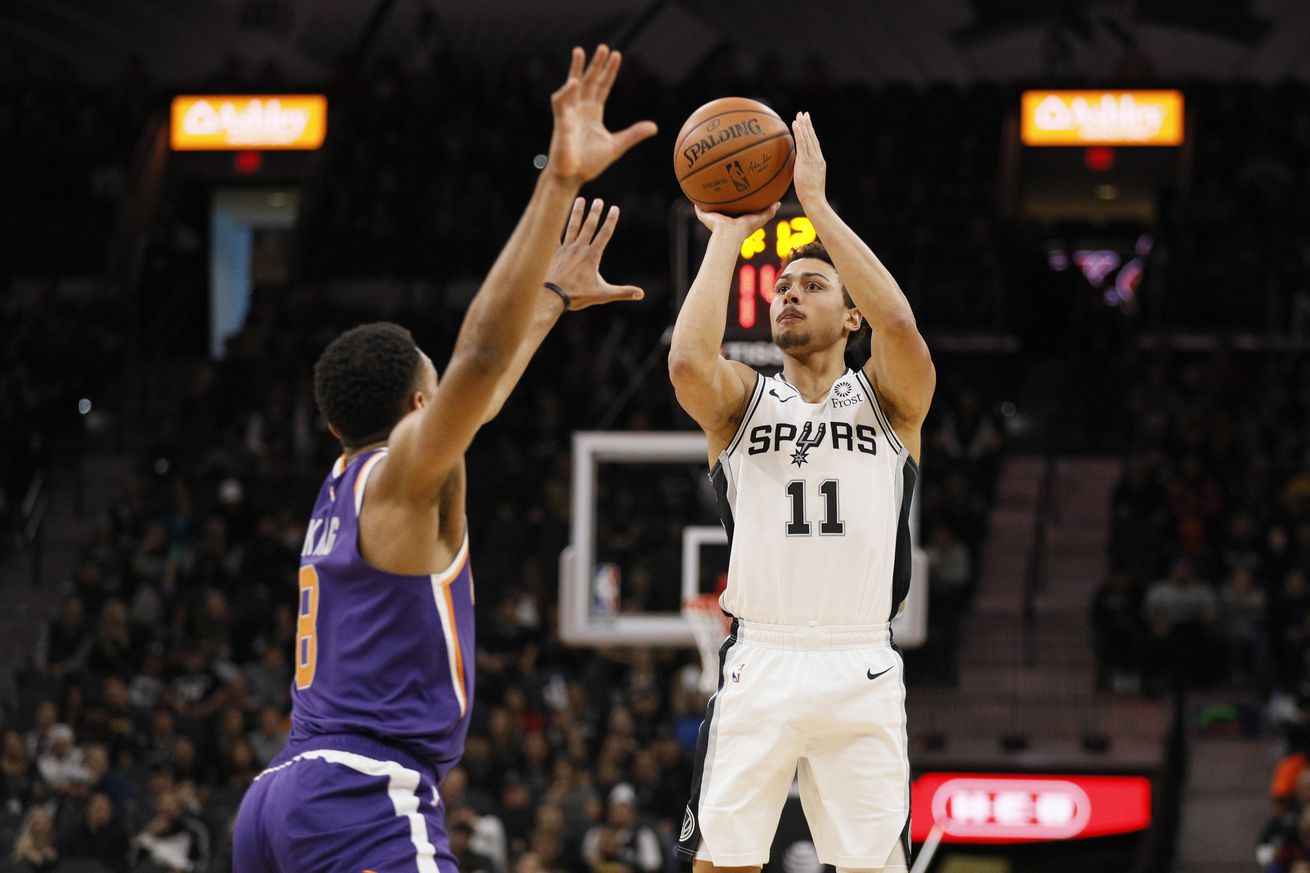 In Game 3 of the “Homestand of Revenge”, the San Antonio Spurs came out and exacted Revenge 3.0 with a slow, methodical, 111-86 beat-down of the Phoenix Suns on the back of some efficient three-point shooting and Bryn Forbes’ first ever double-double of 24 points and 11 rebounds (a career high).

The Spurs return the AT&T Center on Thursday and will be looking to exact Revenge 4.0 on the Clippers. Tip-off will at 7:30 PM CT on FSSW.