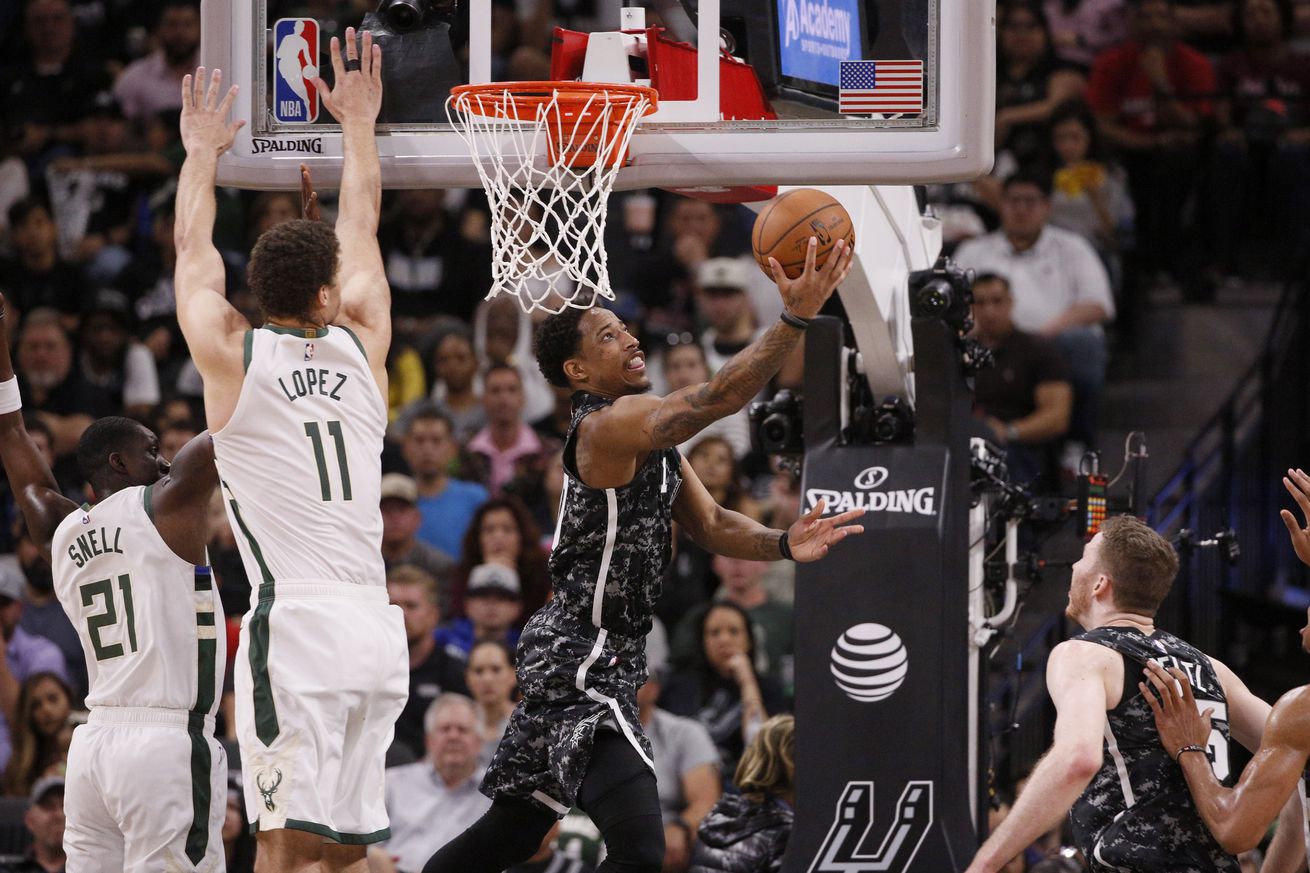 Happy Birthday Spurs Coyote and Quincy Pondexter! Demand one hour back for your day!

The Spurs fell behind early due to poor shooting and the Bucks jumped out ahead early. Shooting just 23% from three in the first half meant the Spurs were playing from behind all night while trying to claw back into the game. Giannis Antetokounmpo was his expected terror on both ends of the floor grabbing rebounds and stampeding towards the basket for buckets.

The Spurs went on a run in the second half thanks to DeMar DeRozan making shots and finding teammates for open looks. It was one of the more aggressive and energetic third quarters the Spurs have played this season. Starting out cold from behind the arc, the Spurs heated up in the second half behind hot shooting from Marco Belinelli and Patty Mills.

LaMarcus Aldridge and DeMar DeRozan put in work all night contributing 29 and 28 points, respectively. The good guys without Rudy Gay (out sick) were able to beat the East’s best team Sunday night.