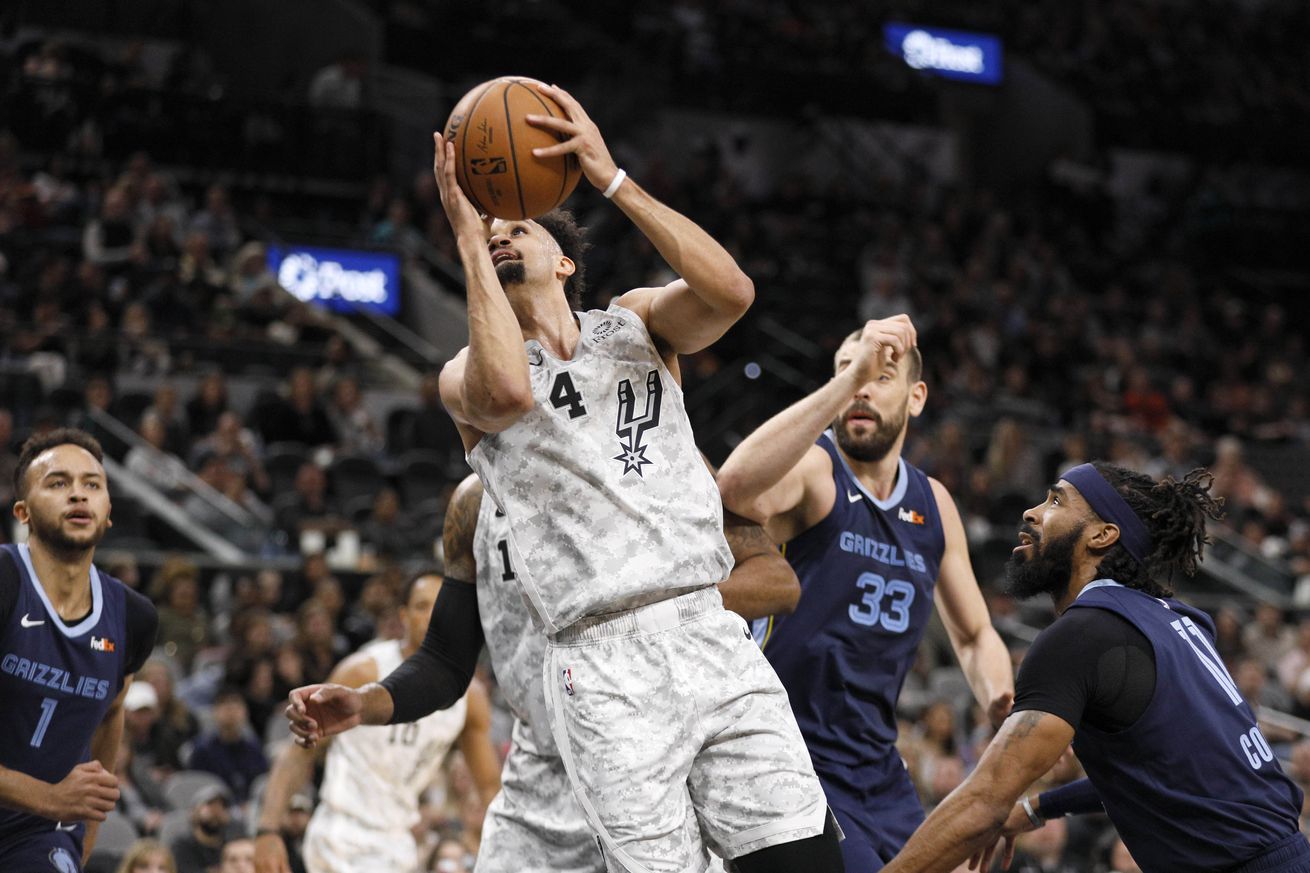 A big second quarter won this game for the Spurs.

It wasn’t always pretty, but the Spurs took care of the Memphis Grizzlies, staving off a late comeback attempt for a 108-88 win. Five Spurs scored in double-figures, led by 19 from Derrick White. Mike Conley had 21 points for Grizzles. The Spurs have now matched their season-high of four-straight wins and move to 23-17, good for sixth in the West.

LA drops dimes even when he’s sitting down #GoSpursGo pic.twitter.com/58WQ60RCdR

The Spurs are hitting the road for the first time this year to take on the Detroit Pistons on Monday. Tip-off will be at at 6:00 PM CT on FSSW.