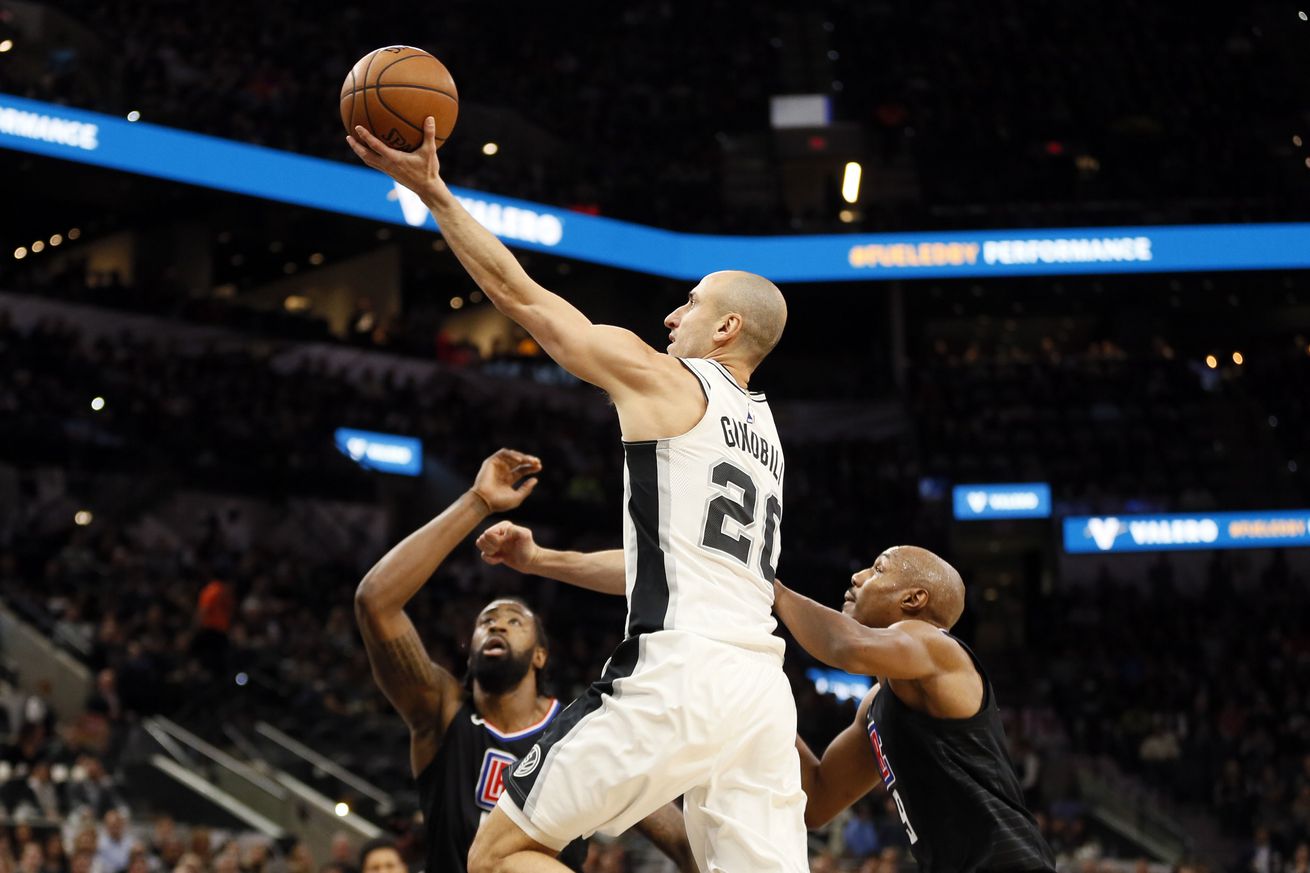 San Antonio won their 10th straight at home thanks to a solid team effort.

Kawhi Leonard started his first home game of the 2017-18 season, but Pop continued to limit his minutes, all 16 in the first half, and San Antonio led nearly the whole way with five players in double figures, led by LaMarcus Aldridge’s 19.

The Spurs built a 14 point lead in the first, but got lackadaisical in the second quarter, taking the 57-49 lead into the half. Leonard had 7 points in 16 minutes while Aldridge led the Spurs with 11 at the break. Although the home team led except for a brief Clippers lead at 2-0, it didn’t feel safe until the 3rd quarter, when the Spurs blew it open with a 18-3 run.

But the second half began with a lot of Clippers hustle while the Spurs tried to get their act together on offense. Then Dejounte Murray happened. After having 3 fouls in 4 minutes in the first half, he came in and had 5 points, an assist and a block in 2 minutes, inspiring the run San Antonio used to close out the 3rd, giving them an 85-70 lead. The fourth was largely an afterthought, with the good guys milking the clock and securing the win, their 10th straight at home.