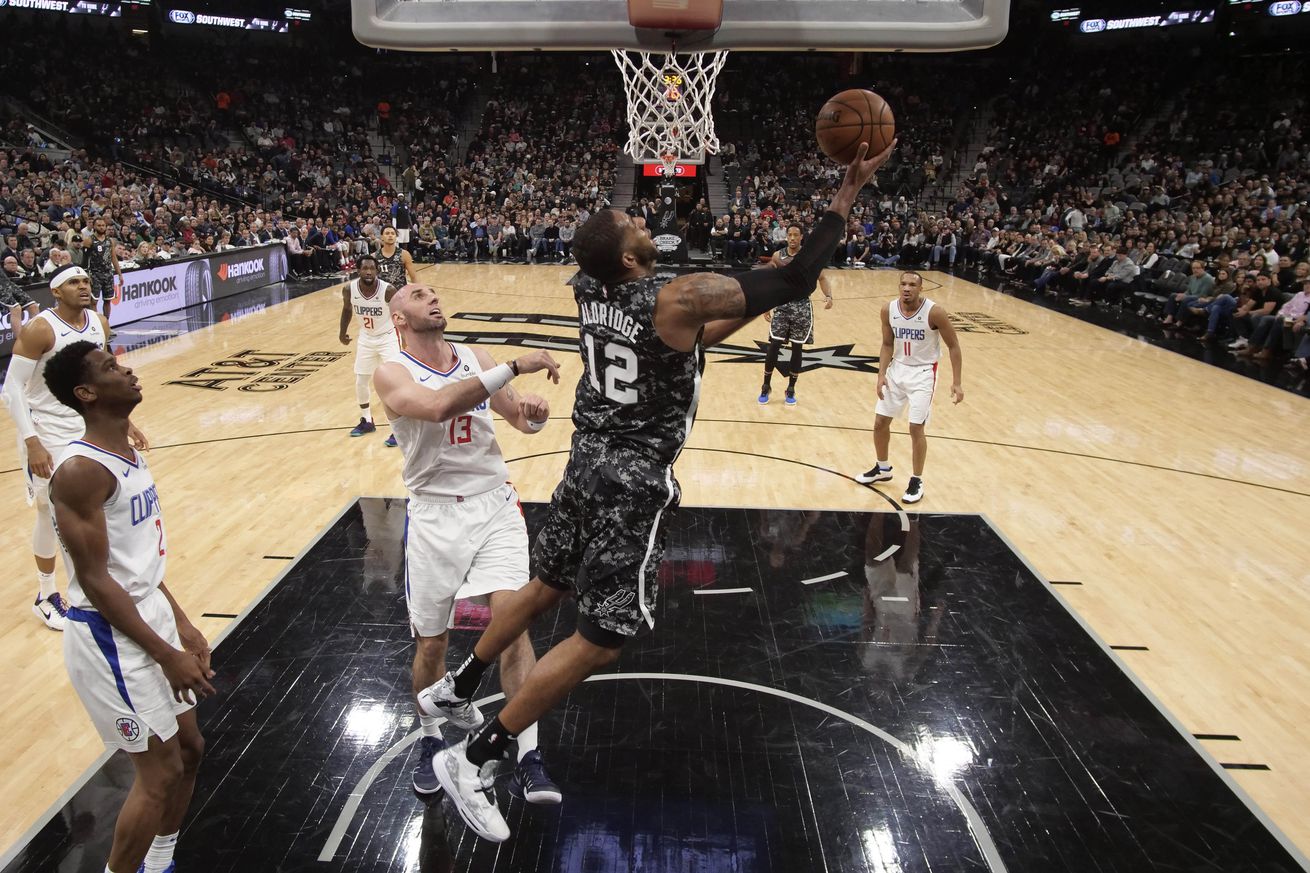 Thanks to smartphones I can keep one eye on the Spurs and the other on Patrick Mahomes.

The Spurs played from behind all night despite one very brief lead in the first quarter. LaMarcus Aldridge and Rudy Gay led the Spurs with 30 and 19 points, respectively. However, they could not seem to get over the hump often due to their inconsistency and sloppiness on offense and the Clippers’ resiliency.

The Spurs dug an early hole due to a few sloppy turnovers. Once the Spurs reserves came in, however, they were able to take a brief lead. Regardless the Clippers ended up leading 38-26 at the end of the first because they were shooting almost 70% and the Spurs had trouble stopping them.

The second quarter started the same way: Spurs turnovers and Clippers high percentage shooting. Every time it seemed the Spurs would claw their way back, the Clippers would answer with a run of their own. Fortunately, they would only find themselves down 7 as the Clippers led 60-53 at half.

The Spurs’ starters were able to keep the Clippers from scoring for almost the first 5 minutes of the third quarter, but turnovers took some of the wind out of their comeback efforts. Similar to the first half, the Clippers matched every Spurs threat to go on a run with a run of their own. The end of the third was no different as they trailed by 7 yet again.

Turnovers continued to plague the good guys as they tried to scratch their way into the Clippers’ at-arms-length lead. Despite being the league leader in taking care of the ball all season, the Spurs could not get any traction tonight against the short-handed Clippers. In the end, the Spurs lost a winnable game against a more focused Clippers squad.