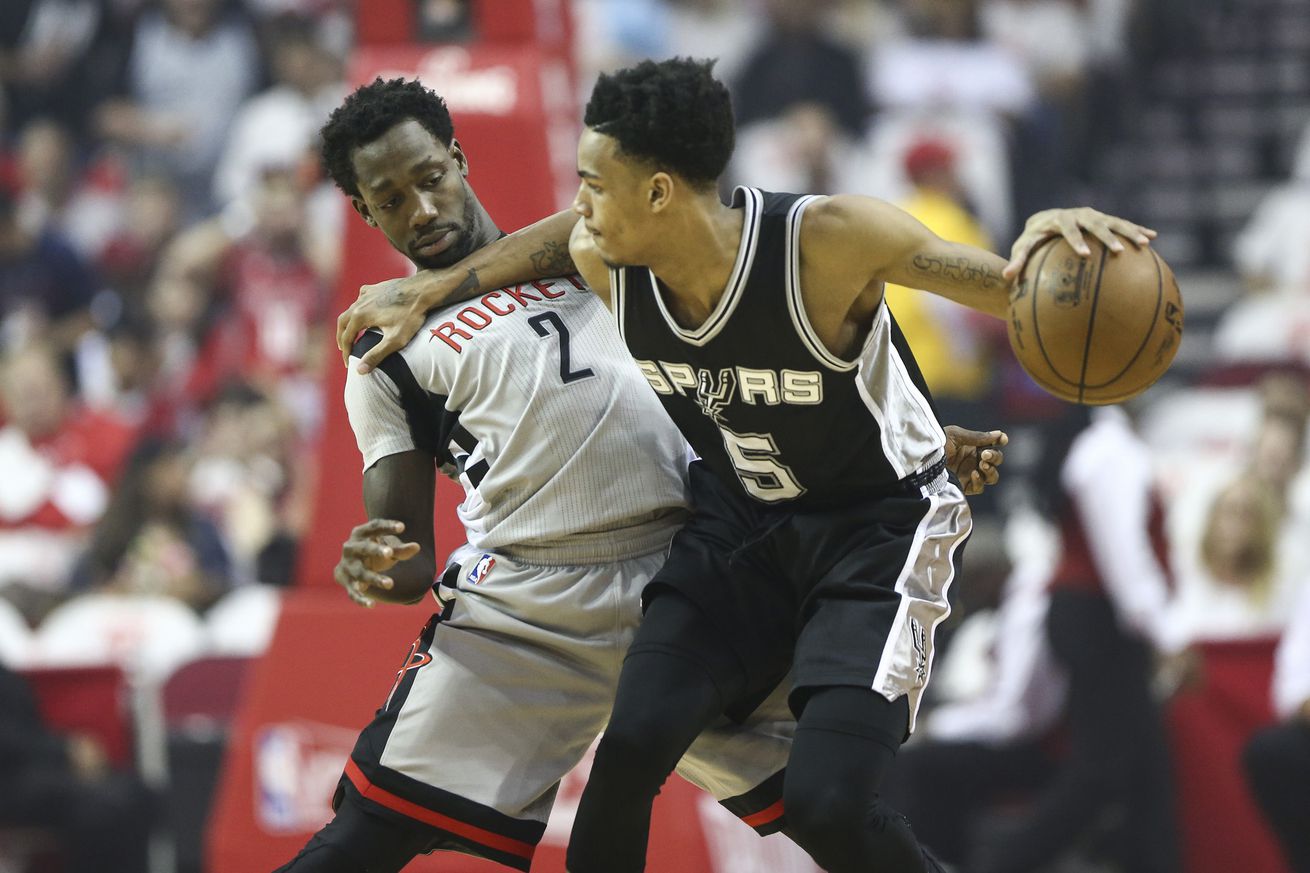 The Rockets led buzzer-to-buzzer and pulled away in the second half to tie up the series.

The Spurs have faced two of the most difficult playoff scenarios in the last three days. One is going on the road and facing an angry team at home after a blowout win. After they handled that with a win in Game 3, the next was dealing with an angry team facing a must-win situation in its home venue. This time the Rockets responded and led buzzer-to-buzzer. While the Spurs fought valiantly to stay in it in the first half, the Rockets found their stroke in the third quarter to pull away for the blowout and tie the series back up at 2-2.

The Rockets were the more aggressive team early and got out to a quick 12-4 lead. The Spurs responded with five quick points before Houston answered right back with seven straight of their own for their first double-digit lead at home in this series. The Spurs did not help their cause much with six turnovers and five missed free throws in the quarter, and Houston got to the bucket at will for their largest lead of 15 with just over four minutes left in the quarter. Manu Ginobili and Jonathon Simmons brought some energy for the Spurs as they got back within seven, but a few mistakes in the final minute erased most of their hard work, and Houston led 34-22 at the end of the first quarter.

Eric Gordon hit a three to start the second quarter before the Spurs went on a 15-4 run, led by Kawhi Leonard, to get within four, but the Rockets responded with five straight points. LaMarcus Aldridge had to sit with three fouls with a little over four minutes left after two straight offensive fouls. Patty Mills hit two threes to help the Spurs keep up with a red-hot Lou Williams, who had 11 in the quarter. Dejounte Murray hit two straight baseline drives, followed by an assist to Simmons and block of Gordon at the buzzer, and the Spurs were within four at the half, 53-57. Leonard and James Harden had 14 apiece to lead all scorers.

The start of the third quarter was messy for the Spurs, and the Rockets quickly got the lead back to 14 after just four minutes on two straight Harden threes. A Gordon three gave Houston their largest lead of 18. The Spurs got four back off two straight steals, and Aldridge started forcing his will inside for ten points in the quarter, but the Rockets had an answer each time. Ryan Anderson hit a buzzer-beating three to end the quarter and left the Spurs in 91-76 hole heading into the final frame.

Gordon again opened the quarter with a three, followed by another after to answer Simmons, and the Rockets got the lead as high as 19 before the Spurs woke back up on offense. They still struggled on defense though, especially with Pop emptying his bench with the Spurs down by 16 with eight minutes left and Mike D’Antoni keeping his starters in until the next timeout about three minutes later. The Rockets led by as much as 25 before winning 125-104 and forcing a Game 6.

The Spurs return to San Antonio on Tuesday for a 7pm tip-off and chance to regain the lead in this series.