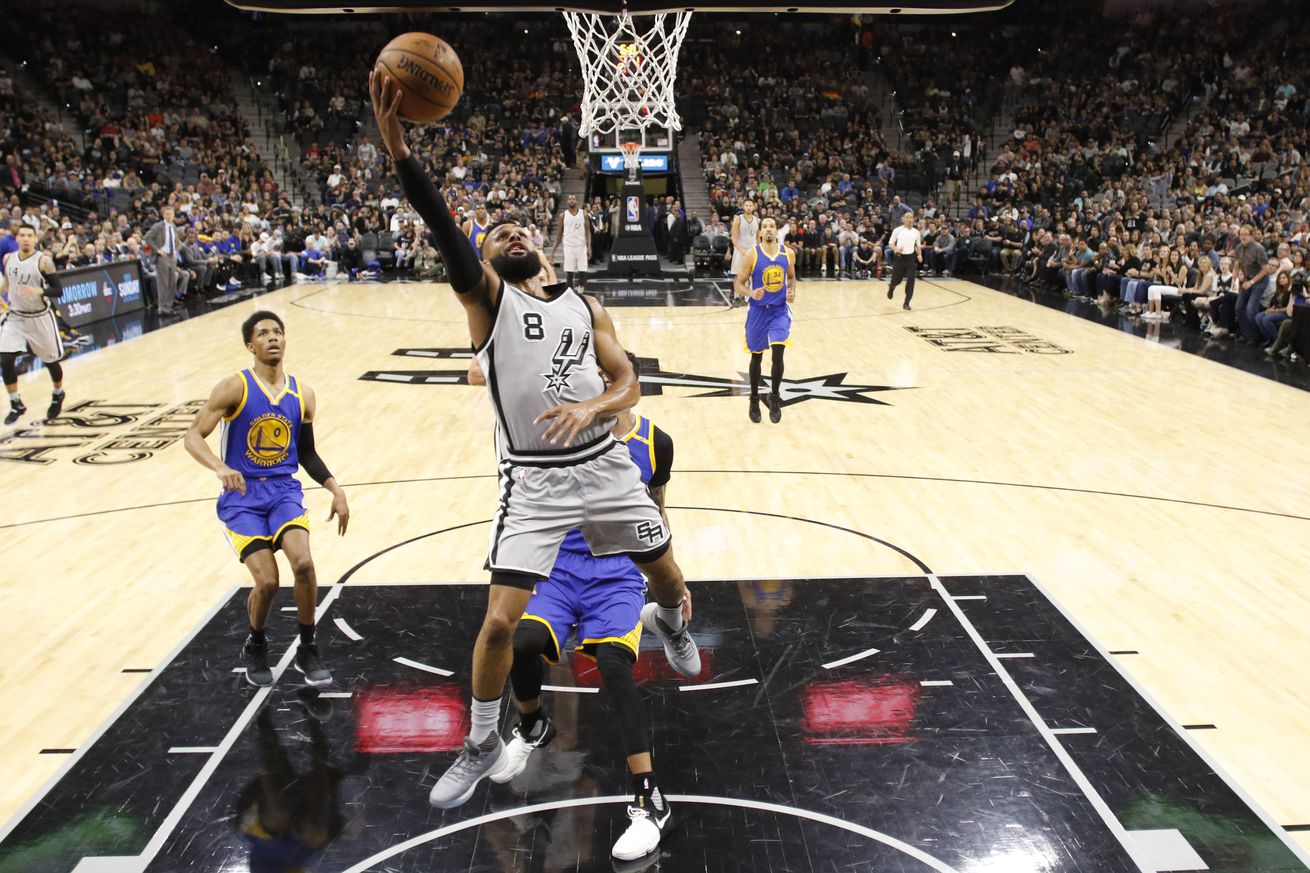 In a primetime clash of “B” teams, The Spurs dominated the team with the #1 record in the NBA. Steph Curry, Klay Thompson, Andre Iguodala, Draymond Green, and of course Kevin Durant missed the game for the Warriors. The Spurs were missing Kawhi Leonard due to concussion protocal, and LaMarcus Aldridge was a late scratch with a heart arrhythmia, and will be out indefinitely. Tony Parker missed his 3rd straight game with back stiffness, and Dejounte Murray was rested tonight. The Spurs led 33-22 after 1, with Patty Mills leading San Antonio with 9, and Matt Barnes leading the Warriors with 10.

San Antonio stretched their lead to 20 by the end of the first half, with Patty leading with 21, and Bertans throwing in 11, shooting 3 of 4 from deep. Ian Clark went off in the 2nd quarter, scoring 13 to lead the Warriors.

The Spurs continued the dominance into the second half, stretching the lead to 23 at the end of the third…Ian Clark ended the 3rd with 20…Patty didn’t score in the 3rd, but still led the Spurs with 21, and david lee had 12 after a great 3rd

The Warriors never got within 18 in the second half, even with Ian Clark leading all scorers with 36 and having a great second half. The win pulled the Spurs within .5 games of the #1 seed in the West, and the NBA with only 17 games left in the regular season.

Even though it wasn’t the blockbuster matchup we all wanted, it was a great test and showing for the Spurs bench, and Spurs fans can’t really complain about the dominant result. Patty didn’t score in the second half, but still led the Spurs with 21

The Spurs have the Hawks at home Monday night.