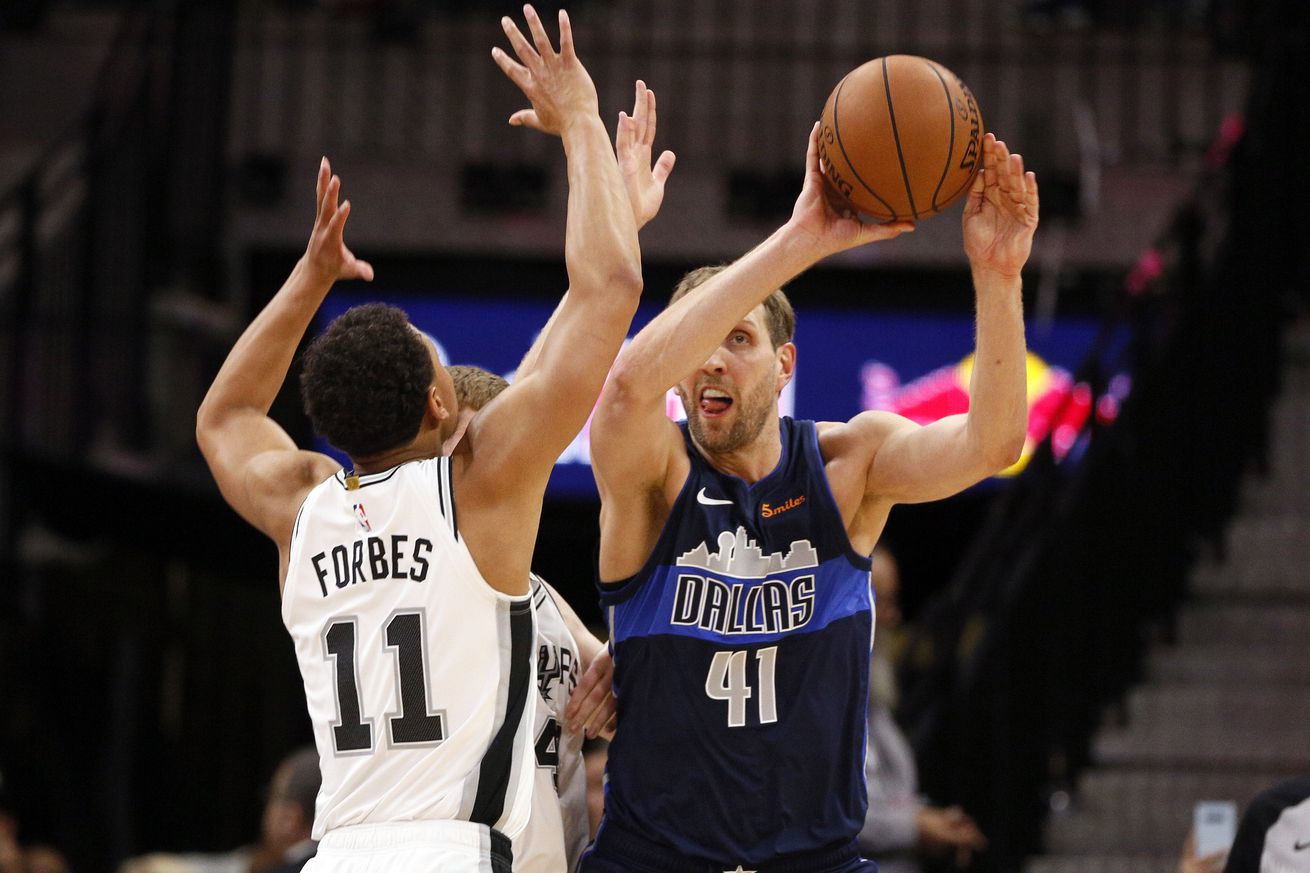 The Spurs are officially the 7th seed in the west.

The regular season has come to a close with a 105-94 Spurs win over the Dallas Mavericks in what was also the last game of Dirk Nowitzki’s career. After the Spurs dominated the first half, a couple of Mavs runs in the second half gave them a minor scare before the young guards came up big to secure the win and the 7th seed in the West.

LaMarcus Aldridge led the Spurs with 34 points on 15-21 shooting, and three other starters scored in double figures. Nowitzki played 31 minutes and scored 20 points and 10 rebounds for the Mavs in his finale.

That wraps up the regular season! We’ll know where the Spurs are heading for the first round of the playoffs soon enough, so stay tuned!