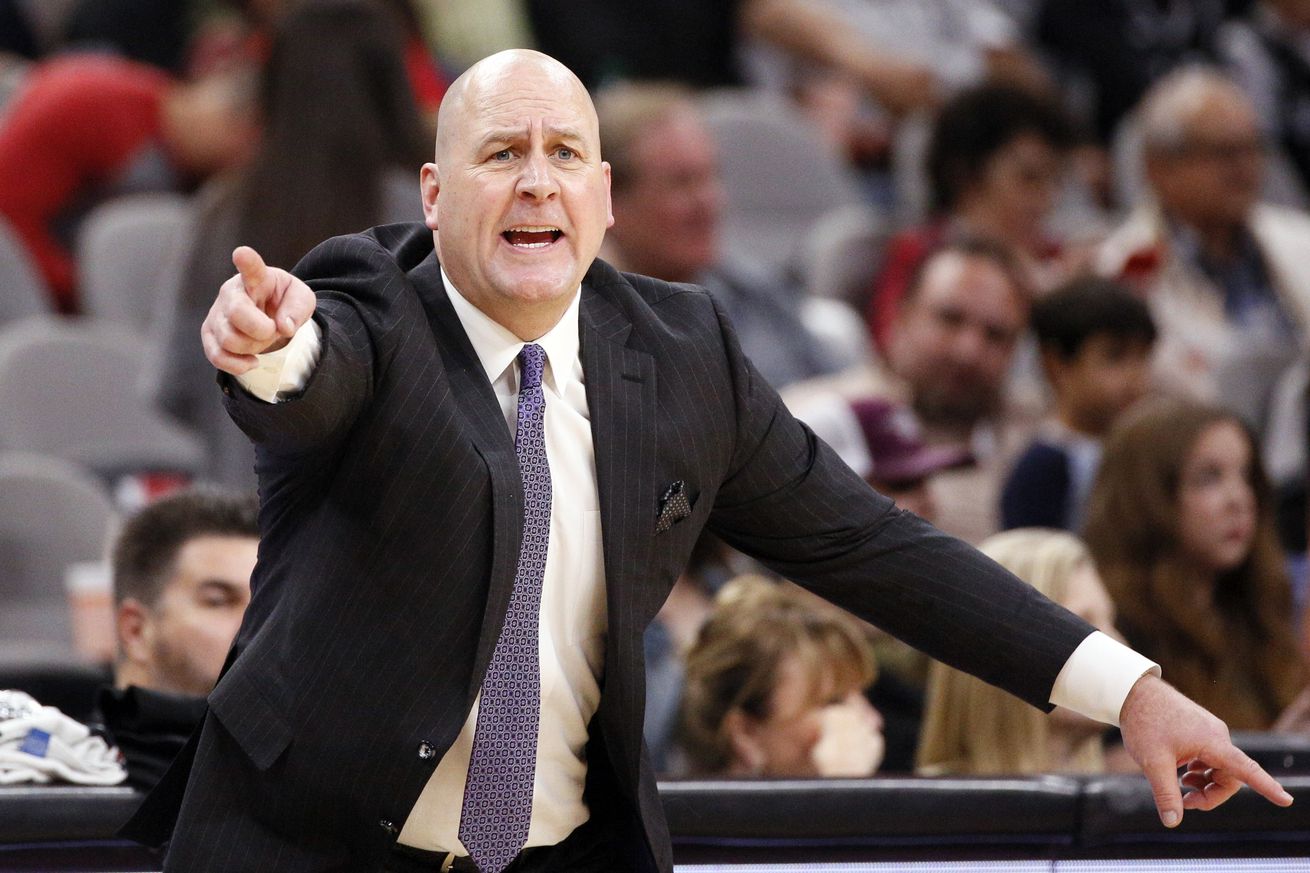 The Spurs looked like they were going to win this game easily in the first half, despite a somewhat lacking effort, they led by 19 at the half, and scored 62 points, 34 of them in the second quarter. Jim Boylen’s squad turned up their effort in the second half, and the Spurs just fell flat, scoring only 32 points total in the second half of the game. After all of the great feeling that fans got from the four game winning streak, they threw it away along with the basketball as they fell apart late and let the young Bulls squad take away a win from them. There have been a lot of bad losses this year, but this feels like the worst, as they let one of the worst teams in the league just dominate them late, even though they were missing their best player, Zach LaVine.

The Bulls won the opening tap, but couldn’t take advantage, and LaMarcus Aldridge opened the scoring with a jumper in the lane. LaMarcus Aldridge feasted in the paint on the undersized Bulls front court, and the Spurs ran out to an early 14-7 lead. DeMar Derozan was smooth in the paint, hitting every midrange he looked at. Lauri Markkanen hit a triple for the Bulls, but Chicago probably needed his 7 foot frame more in the paint to challenge the Spurs bigs. The Spurs got a little sloppy with the ball late in the quarter, and the Bulls converted turnovers into points, cutting the Spurs lead to a single point at 18-17 with Lopez doing most of the damage. The Spurs remembered who they were, and started to run the offense through DeRozan and finished out the quarter strong to lead 28-21 after one.

The Spurs started out the second quarter on fire, with Davis Bertans and Marco Belinelli hitting consecutive threes to give the Spurs the biggest lead of the game. The hotness continued as the Spurs poured it on to extend the lead to 19 with Aldridge and Rudy Gay dominating the paint and drawing fouls even when they didn’t get their shots to go. But the Spurs once again let the Bulls defenders slap at the ball and get turnovers to go on a 7-0 mid quarter run to cut the lead to 50-37. The Spurs got back on track with a Patty Mills triple off a series of crazy bounces that somehow ended up in his hands for a wide open shot. The Spurs finished on a run and they led 62-43 at the break.

Neither team could hit a shot as the third quarter began, but finally, Rudy Gay hit a jumper to extend the lead to over 20. Unfortunately, the turnover bug began to hit the Silver and Black again, and after three unforced giveaways. Pop had seen enough and called timeout with 9:41 left in the third with the Spurs up 16. The Spurs offense wasn’t pretty, as they continued to throw the ball all over the court. However, the Bulls shooters finally started to hit their shots, as Kris Dunn and Justin Holiday sparked a 13-2 Chicago run to cut the lead to single digits late in the quarter. Gaining confidence, the Bulls cut the lead to 72-68 on a Markkanen triple with 3 minutes left in the quarter. The lead was cut to 3 when a Patty Mills turnover give Wendell Carter Jr. a fast break dunk. The third quarter ended up 78-74 as the Spurs squandered the good work of the first half and gave the Bulls the confidence to believe they might win the game. It was just an awful 12 minutes of basketball.

Davis Bertans opened the fourth quarter scoring with a pair of free throws and the Spurs ramped up the defense to force the Bulls into a shot clock violation. Unfortunately for the good guys, the chilly shooting of the third quarter took a while to thaw, even though Aldridge got inside for a layup. Finally, they remembered to get the ball to Belinelli and he cashed it in for a sneaky sidestepping three to put the Spurs up by 11. Justin Holliday’s three free throws, followed by Markkanen’s two brought the lead back to 4 halfway through the fourth. Arcidiacano cut the lead to one with just over 3 minutes left and we had a game. The Spurs got the ball inside to LaMarcus, The Spurs were defending Markkanen with DeMar DeRozan, and he used his superior height to even the score at 90 with 2:13 left. The Bulls were starting to believe. The Bulls took the lead with a Bobby Portis banker, and their defense kept the Spurs out of sorts. With a Kris Dunn runner, they stretched the lead to 3 with 38 seconds left. DeRozan got free under the basket to pull the Spurs to within a point with 30 seconds left. Kris Dunn was not rattled, as he hit a jumper with 8.3 seconds left to put the Bulls up by thee.

The Spurs record is now 14-14 and they are 11th in the west. The Spurs finish out their six-game home stand on Monday at 7:30 against the Philadelphia 76ers. It might be the most difficult test so far during the home stand, and we’ll get to see if the Spurs can keep the home cooking going against Ben Simmons, Joel Embiid, and Jimmy Butler.