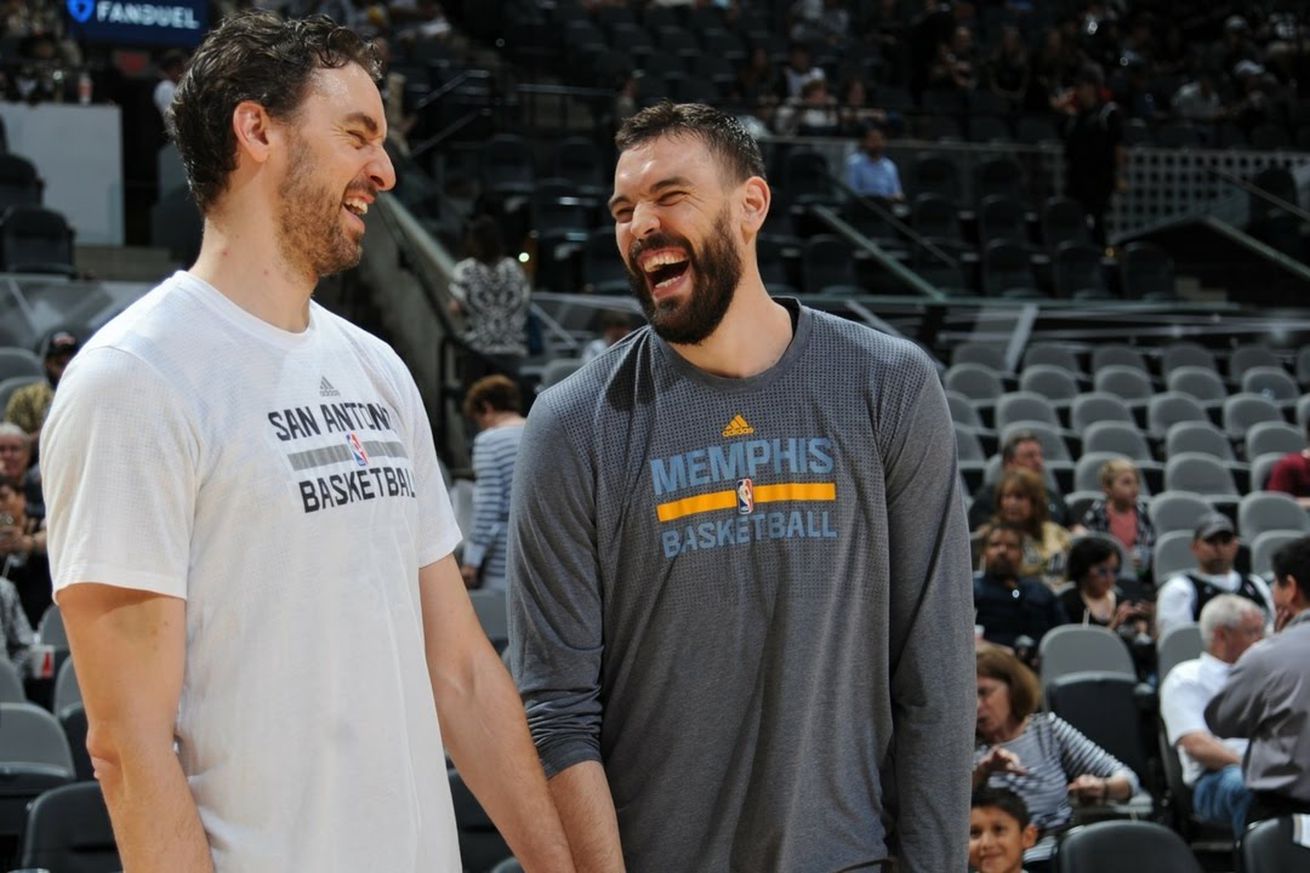 Grizzlies bear down on the Spurs, ending their losing streak.

Both teams came on respective winning (Spurs with five) and losing (Grizzlies with six) streaks. Brothers Pau (18 wins) and Marc (10) played the 29th time against each other and started the game having identically scored 353 points each in those games.

Memphis surged ahead early on repeated doses of Mike Conley/Marc Gasol two-man action accentuated by a Gasol rebound off of a miss 70+ feet down the court for a Conley lay in to put the Grizzlies up by six. The Spurs left their energy and effort at the hotel, starting 0-for-5 on an array of misses and added five turnovers, to boot, in the first six minutes. Derrick White picked up two fouls in the first few minutes of action necessitating a substitution for Patty Mills. The Spurs drew even at 11 off of a 5-0 run that consisted of a Patty pull-up 3 and a Marco Belinelli (you guessed it) off-balance fading shot. Gasol would finish the quarter with 10 points and 5 rebounds. The Spurs bench saved them, contributing 11 points (to Memphis’ 0) to keep things close.

The Grizzlies resembled the 00’s Spurs teams with excellent execution in their half-court offense along with forcing San Antonio off their comfortable spots on defense. Derrick White’s 3rd foul combined with a Davis Bertans technical were part of an 11-4 push by Memphis. A Bryn Forbes 5-0 run on two jumpers made up for LaMarcus Aldridge not picking up his first points until halfway through, while DeMar DeRozan’s drives frequently resulted in blocks at the rim. Despite the poor overall play, Memphis’ nine points off of turnovers (compared to the Spurs’ none) comprised the bulk of the 11 point difference going into halftime. Rookie Jaren Jackson Jr. created mismatches against Spurs defenders to the tune of 13 points.

Bertans started the third in place of Jakob Poeltl, while Derrick White immediately picked up his fourth foul on the first possession. Bertans later was tossed for his second technical – both appeared to be his displeasure with the referees’ foul calls. Pop also was given one for arguing a non-call on a LaMarcus post-up.

Aldridge, Mills, and Forbes kept the Spurs within striking distance via LaMarcus working “in his office” on the left block, along with Patty and Bryn’s outside shooting. The Grizzlies’ announcers lauded Marc throughout as “aggressive and assertive,” and he contributed to an 18-point disparity in points in the paint. In the defining sequence of the closing minutes, the Spurs valiantly tried to convert on multiple attempts on offense. only to be done in by a JaMychal Green 3-pointer to push the lead to 10.

While White picked up a questionable fifth foul (getting shoved into Conley by a Grizzly), Belinelli chipped in eight and Justin Holiday scored five respectively on outside shooting in a mini-battle to start the fourth. Green continued his torment of his former team with a double-double and kept possessions alive with his hustle. Kyle Anderson had a tremendous defensive effort with three blocks, as well. Memphis went on a 12-2 run midway through the period to get the deficit back to double-digits, and Pop emptied his bench once the Spurs fell behind by 14. Some decent outside shooting in the second half by the Spurs’ guards was not enough to make up for a rough shooting and play-making night by DeRozan.

The Spurs come back home for a SEGABABA tomorrow night at 8:30 CDT (note the later start) on TNT against the Oklahoma City Thunder and All-NBA candidate Paul George. Good night all!