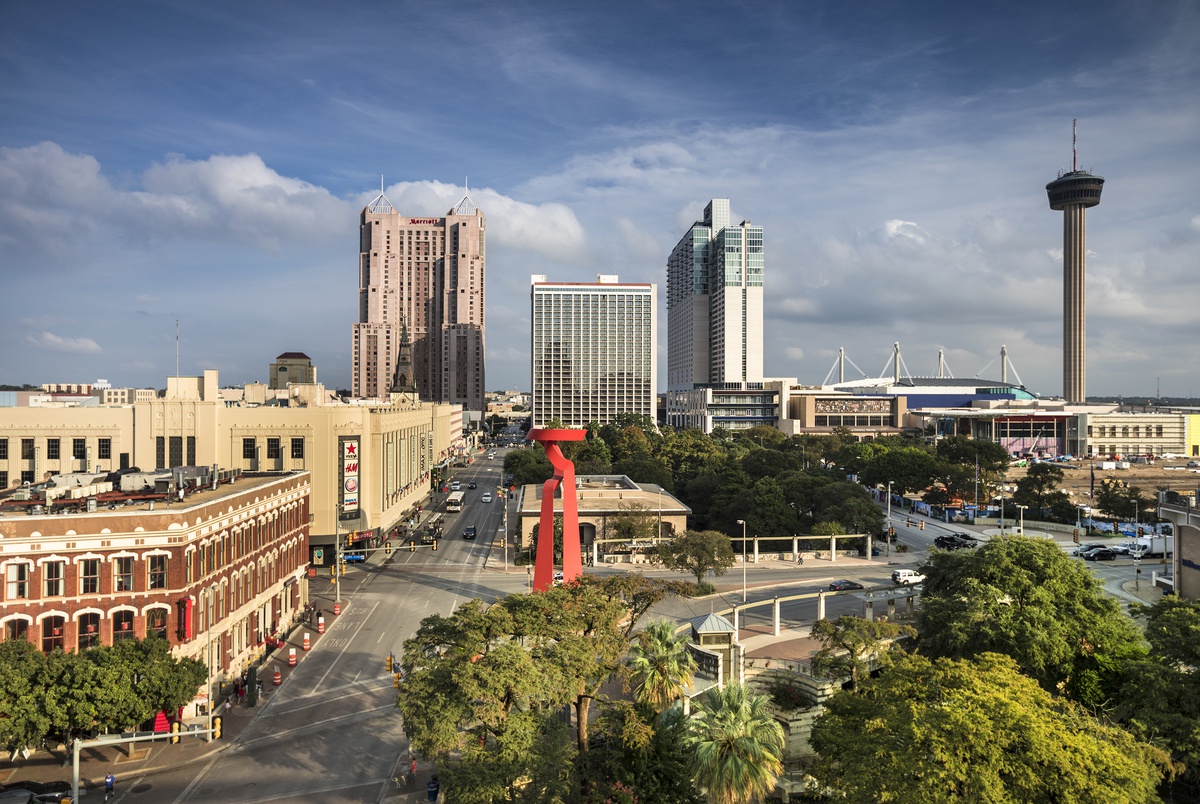 San Antonio Mayor Ron Nirenberg tried to calm residents’ concerns about coronavirus Monday as about 100 people — roughly 90 of them Texans — are expected to be quarantined at Lackland Air Force Base after being on a cruise ship where about 20 people were infected with the virus.

“There have been Americans caught in boats or overseas in places where they’re at high-risk situations,” Nirenberg said at a press conference Monday. “If I put myself in the shoes of those neighbors who want to come home and who deserve to come home, I think they ought to come home. We’re trying to do that in a safe and compassionate manner but also ensure that the public is not exposed.”

Nirenberg previously criticized federal officials for allowing someone quarantined at Lackland to leave while a test for the virus was pending. It later came back positive. But on Monday, Nirenberg said the Centers for Disease Control and Prevention will use stricter requirements of two consecutive negative tests that are 24 hours apart, and that there will be no pending tests when someone is released from quarantine.

“They’ve made steps in the right direction. … The most important principle to keep in mind is that this is a federal operation, we want them to keep it on federal ground using federal resources as much as possible. If a quarantine is done successfully, that will keep any exposure from the public,” Nirenberg said.

Despite the growing number of COVID-19 cases in Texas — including in the Houston area and the first one in North Texas — health officials have said there is no evidence yet of community spread in the state.

Lackland has already hosted hundreds of people for quarantine. About 120 people who had been evacuated from a different cruise ship were released from the base. Before they were allowed to leave, Nirenberg criticized the CDC for releasing the cruise ship evacuee whose pending test came back positive for the virus. The person, who initially tested negative for the coronavirus twice, was quarantined again after the positive test. But that person’s initial release prompted Nirenberg to declare a public health emergency and, along with city officials, file an unsuccessful lawsuit asking a federal court to raise the CDC’s testing standards for releasing evacuees.

Nirenberg assured people that stricter protocols for releasing evacuees will keep coronavirus out of the local community.

“San Antonio is no stranger to these kinds of missions. We’ve seen them happen for decades here because of the assets that we have in our military medical complex and our ability to conduct these missions in an appropriate manner and a safe manner,” Nirenberg said. “That’s why it’s critically important, and that’s why I got pretty upset when folks weren’t listening at the federal level to the guidance of our very qualified experienced medical professionals here.”

Nirenberg also said that the 75 tests the city has for the virus are not enough. He said the CDC has prioritized the city to receive more, but he has not heard from the agency on when that will happen. Nirenberg did not say how many tests he believes the city needs. He could not be reached for comment after Monday’s press conference.

“Texas, all of our cities, especially San Antonio, needs a heck of a lot more testing, and we’re requesting that ASAP,” Nirenberg said.

There are 10 public health labs in Texas that are able or soon coming online to test nose and throat swabs for the presence of genetic material from the coronavirus. The CDC has said that anyone can receive a test for the virus as long as a doctor agrees. A problem for Texas, experts said, is that a significant portion of its massive uninsured population likely does not have a primary care doctor to make that call. And the state’s testing capacity is limited.

Texas officials said last week that the largest public health lab could handle a maximum of 26 tests per day. Federal guidance recommended that doctors “use their judgment” when deciding if a patient merits testing and said they should consider symptoms as well as travel history and the possibility of close contact with people who tested positive for the coronavirus disease.