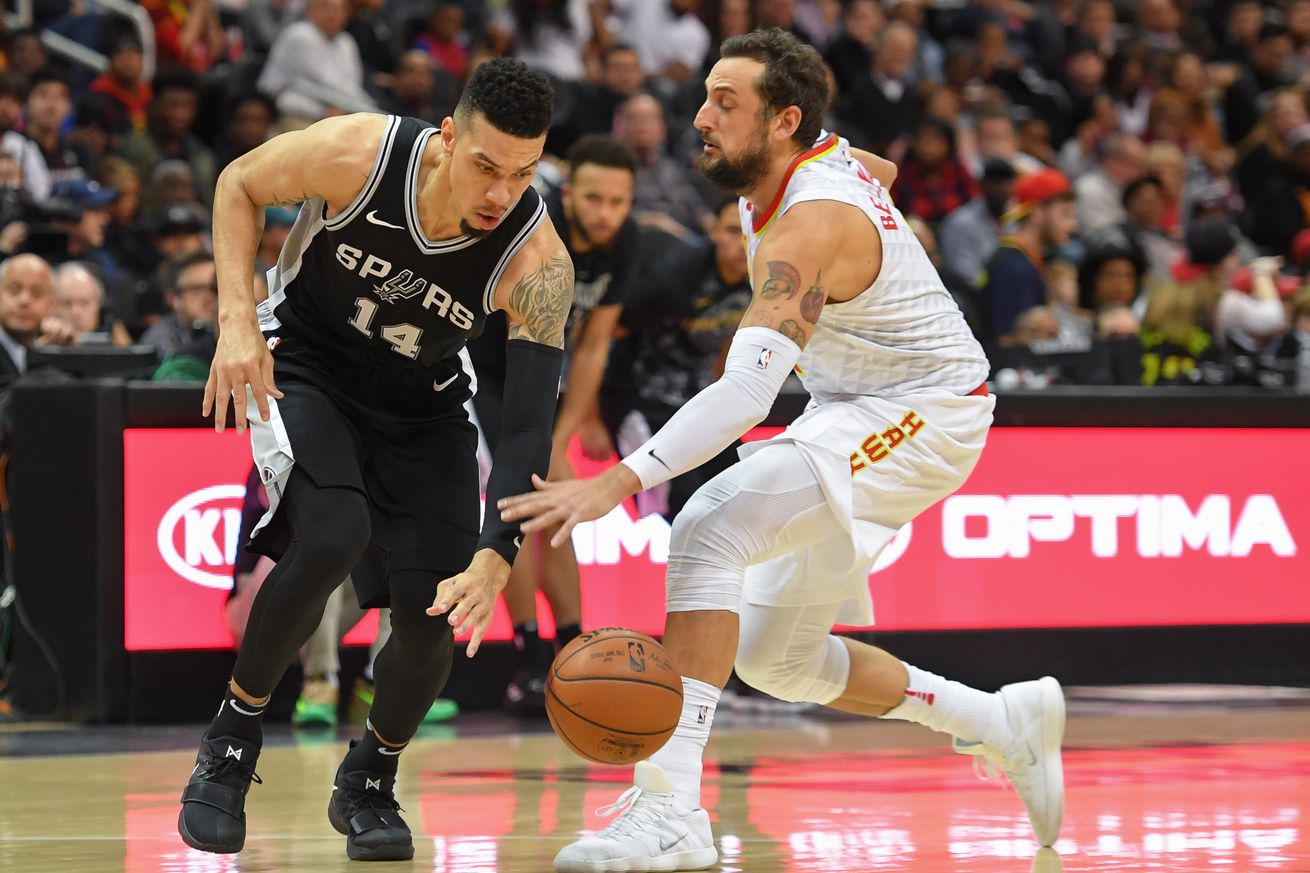 There was no big splash and no blockbuster trade for the Spurs in the first weekend of free agency — just a pair of moves that helped raise the team’s floor and safeguard them for whatever’s to come.

Heading into the offseason, it was worth wondering how much the Spurs’ free agency moves would reflect the reality that most teams face when forced to part with a franchise player. It’s not that anyone expected a rebuild, but Kawhi Leonard’s unwavering trade demands and the mix of mostly unproven youth and aging vets seemed like reason enough to temper expectations in the short and long term — and maybe to sacrifice a bit of immediate success for future-facing investments.

The imminent Leonard trade may still yield a young piece or two, but the Spurs affirmed in their first couple of signings — Rudy Gay for one year, $10 million and Marco Belinelli for two years, $12 million — that remaining competitive now is a priority.

Belinelli is 32, and has played on four different teams since leaving San Antonio in 2015. His 13.6 points per game in Philadelphia were the most he’s averaged on any team in his career, and he came up with a number of big shots through their playoff run.

Belinelli shouldn’t be expected to come in and solve the Spurs’ three-point issues, which were tied far more to a lack of shot creation than actual shooting ability. San Antonio’s deficiencies in attacking close-outs, creating space, and breaking down defenses in the pick and roll will still define how anemic the 2017-18 offense may be. Still, his steady hand and familiarity with the team are worth the $6 million per year price tag, and the signing makes even more sense if, as Jesus Gomez noted, it comes with an anticipated exit of Manu Ginobili.

With his legs fully under him and with more comfort within the Spurs system, Gay will almost certainly improve on his first year in San Antonio, in which he played just 57 games and averaged 11.5 and 5.1. He’ll also be 32 soon, but will remain one of the most physically imposing players on the roster, and Gregg Popovich has just scratched the surface of how to use him on offense as the team continues its embrace of small ball.

The last development from the weekend was the move that didn’t take place, and it was maybe the Spursiest of them all. Kawhi Leonard is still a member of the team, if only in theory. If we’re to believe the latest from Stephen A. Smith (and, if last season showed us anything, we should probably be a bit more open to reports that don’t line up with our expectations), then the 2014 Finals MVP may be even willing to sit out all of next season if he isn’t dealt. While he may be open to staying with the Sixers, most reports still indicate a desire to return home to Southern California.

That also happens to be where LeBron James announced on Sunday he’ll go, a development that may have a range of ramifications for the Kawhi negotiations. Does that put pressure on Magic Johnson and company to push all their chips in for another superstar, or does the fact that James has signed for four years mean there’s less leverage than ever for PATFO? Are the Sixers now pressed to get better themselves, or does this mean a cooler market in general and, thus, a lesser return for Leonard?

For now, the Spurs seem relatively safeguarded against the worst Leonard scenarios (and in no rush to see them through) as they continue to go about things their way. They were a 47-win team last season, and can count on roster additions and internal development to improve upon that in 2018-19. There’s a certain equanimity to surveying a volatile league landscape, weighing your time-sensitive chip, and calmly defaulting to your best known habits that only the Spurs seem capable of. We’ll see how it pays off.