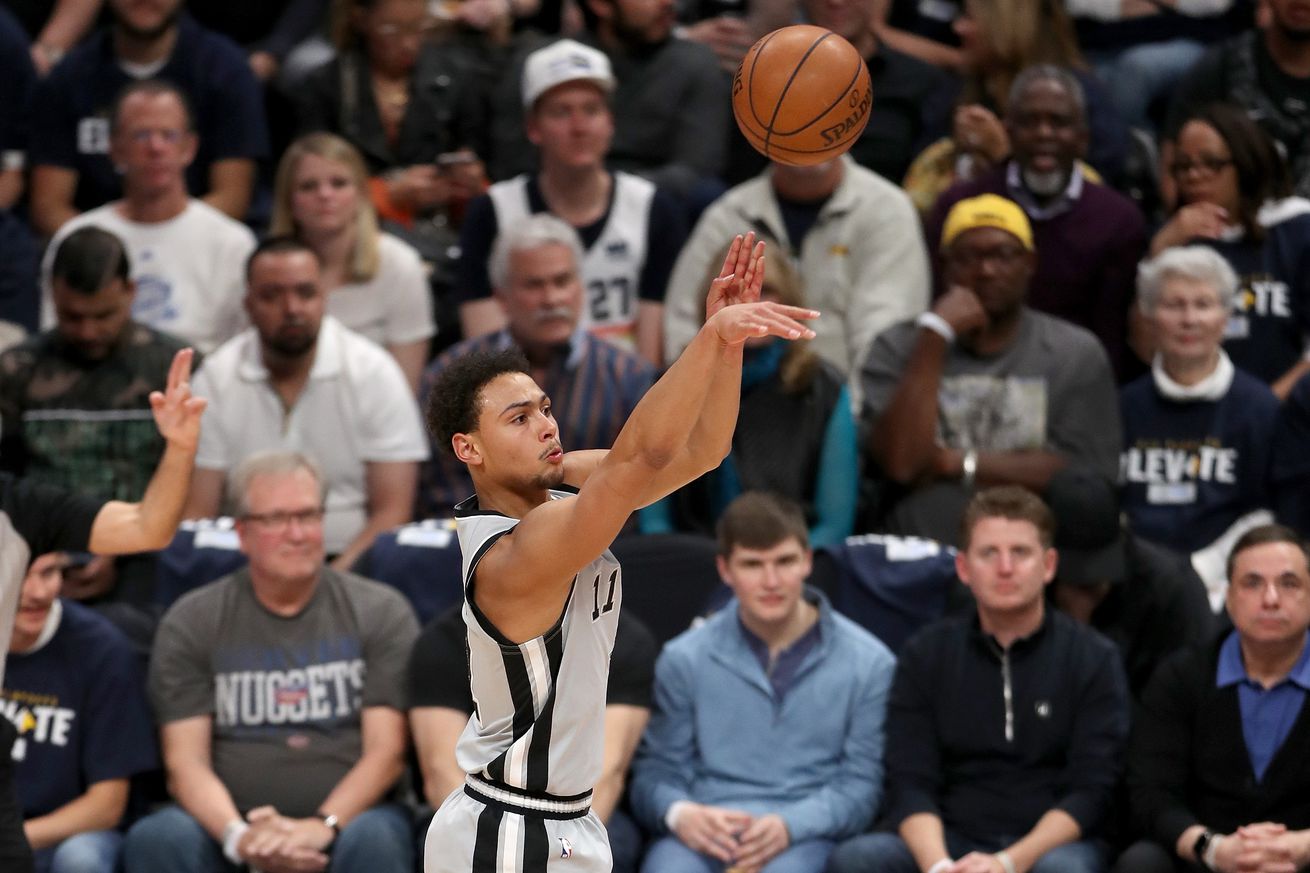 San Antonio’s stars were dimmed, but White and Forbes were clutch.

In a back-and-forth game that the Spurs held the lead for most of the way, the Nuggets repeatedly fought back to trim the lead, San Antonio was able keep the Nuggets down with some timely defense and rebounds.

DeMar DeRozan struggled shooting the ball but was able to grab 12 rebounds and drop in 18 points. The Spurs limited Nikola Jokic’s scoring but could not limit his assists to teammates (team-high 14 assists).

Both teams started out jittery on the offensive end but soon settled into a groove. After trading a few leads early on, the Spurs were able to pull ahead throughout the second quarter heading into the half. A low-scoring third gave way to a furious finish in the fourth quarter.

Derrick White stole a pass with 1.3 seconds left, and the good guys stole game 1 against the Nuggets.