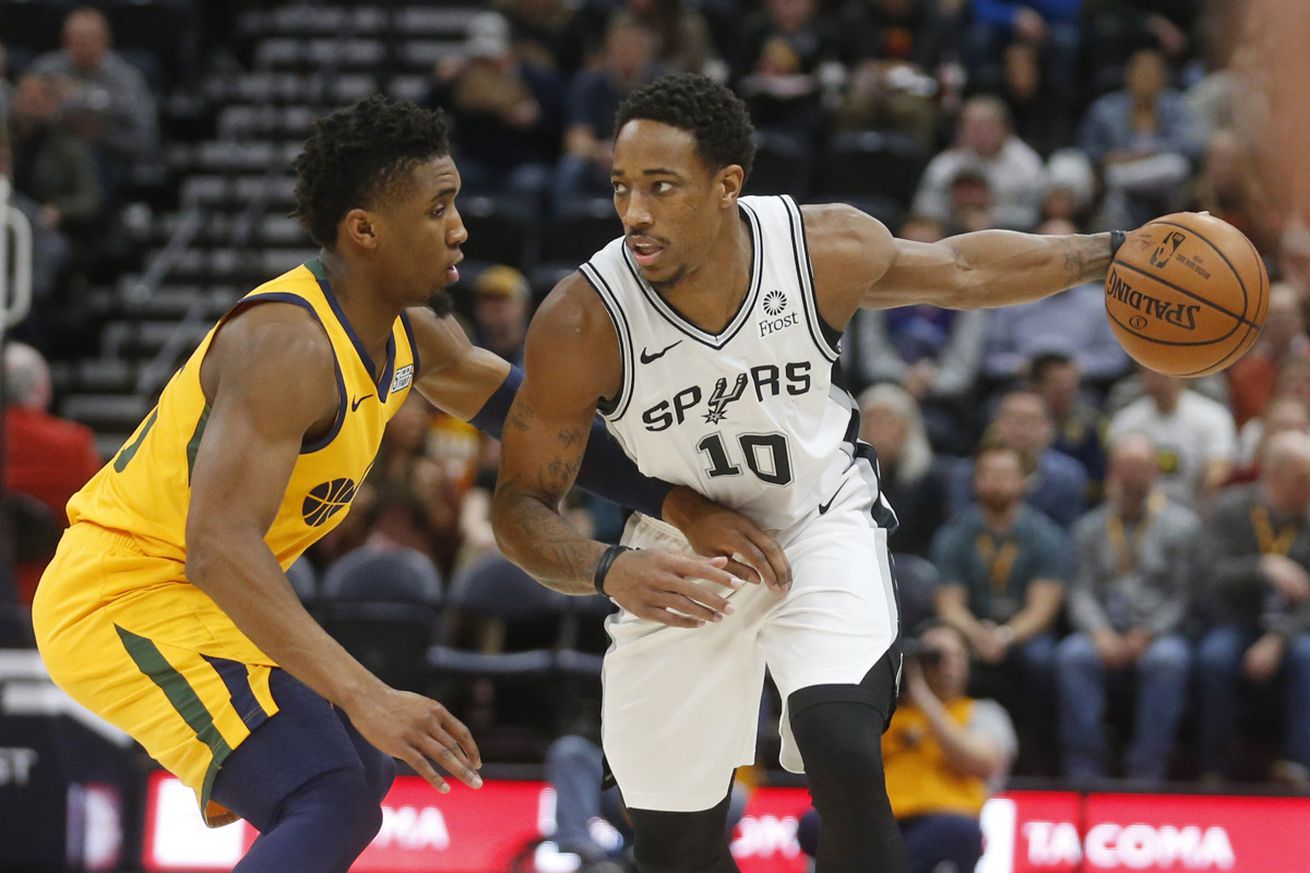 In their fourth stop of the Road Road Trip, the San Antonio Spurs (32-25) took on the Utah Jazz (31-24) in a Saturday afternoon tilt at Vivint Smart Home Arena. Rudy Gay (out with a sprained ankle) in his comments on the team’s woes thus far, stated Friday that “I guess we were at home and we were on a high and I guess we thought we would come on the road and play the same kind of game.” In light of the win-less start to the trip, and amidst ongoing injury issues with our lead wing players, along with San Antonio’s 34 point loss here in December, better execution and sustained effort were the main hopes for today.

The Spurs, after falling to a ghastly 10-19 on the road, get a brief respite from their Road Road Trip back in San Antonio before heading east to Memphis for a Tuesday night match-up with Mike Conley and the Grizzlies at 7:00 PM CDT.