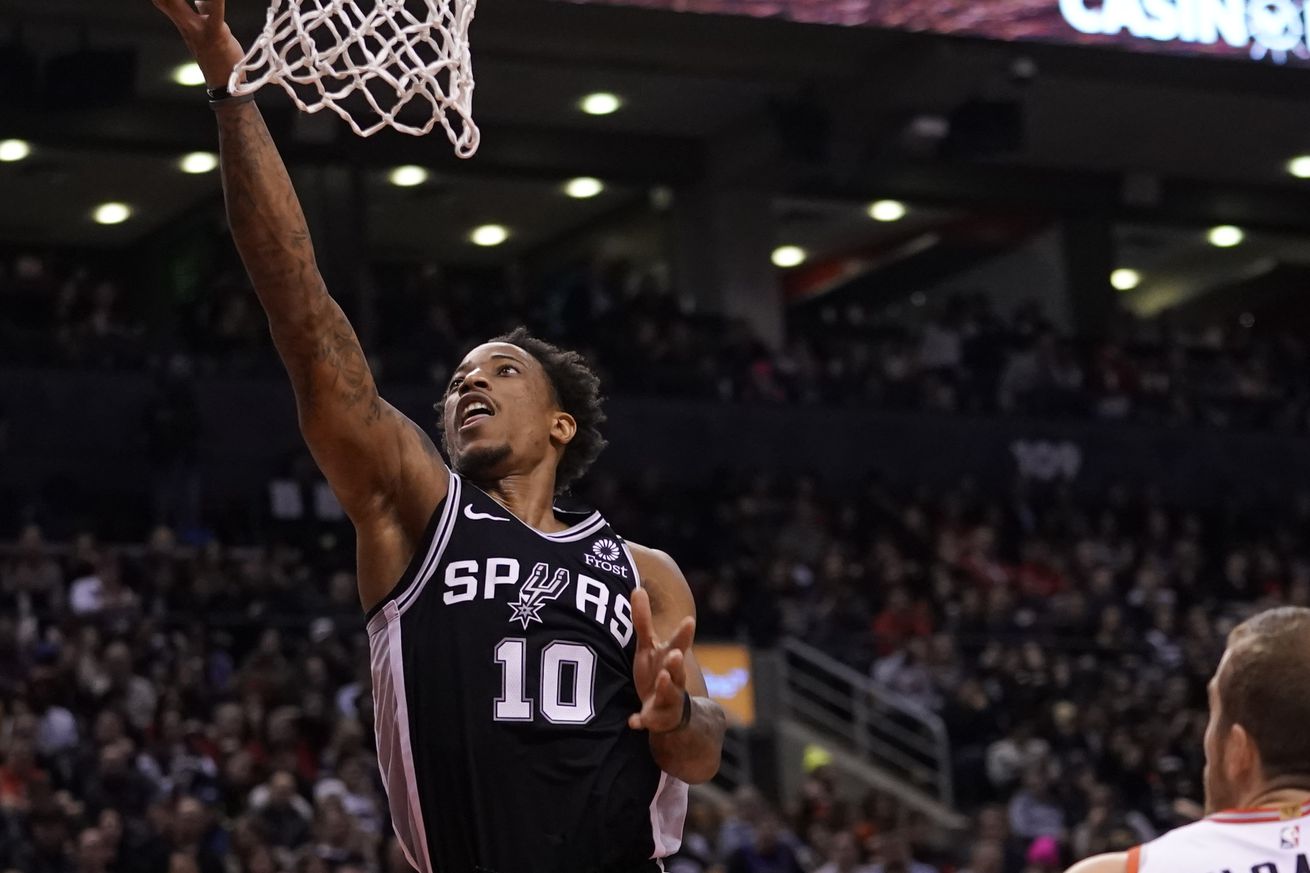 The Spurs continue their demolishing of Eastern Contenders.

For the second game in a row, the Spurs looked dead in the water, this time at the home of the defending champion Toronto Raptors. After a slow first three quarters, the Spurs came back from 19 points down, fueled by a fired up DeMar DeRozan, who scored 22 of his 25 points in the second half against his former team to lead the mad rally back for a nail-biting 105-104 win.

The Spurs will finish their four-game road trip on Wednesday at the home of the East’s current second-best team, the Miami Heat. Tip-off will be at 6:30 PM CT on FSSW.