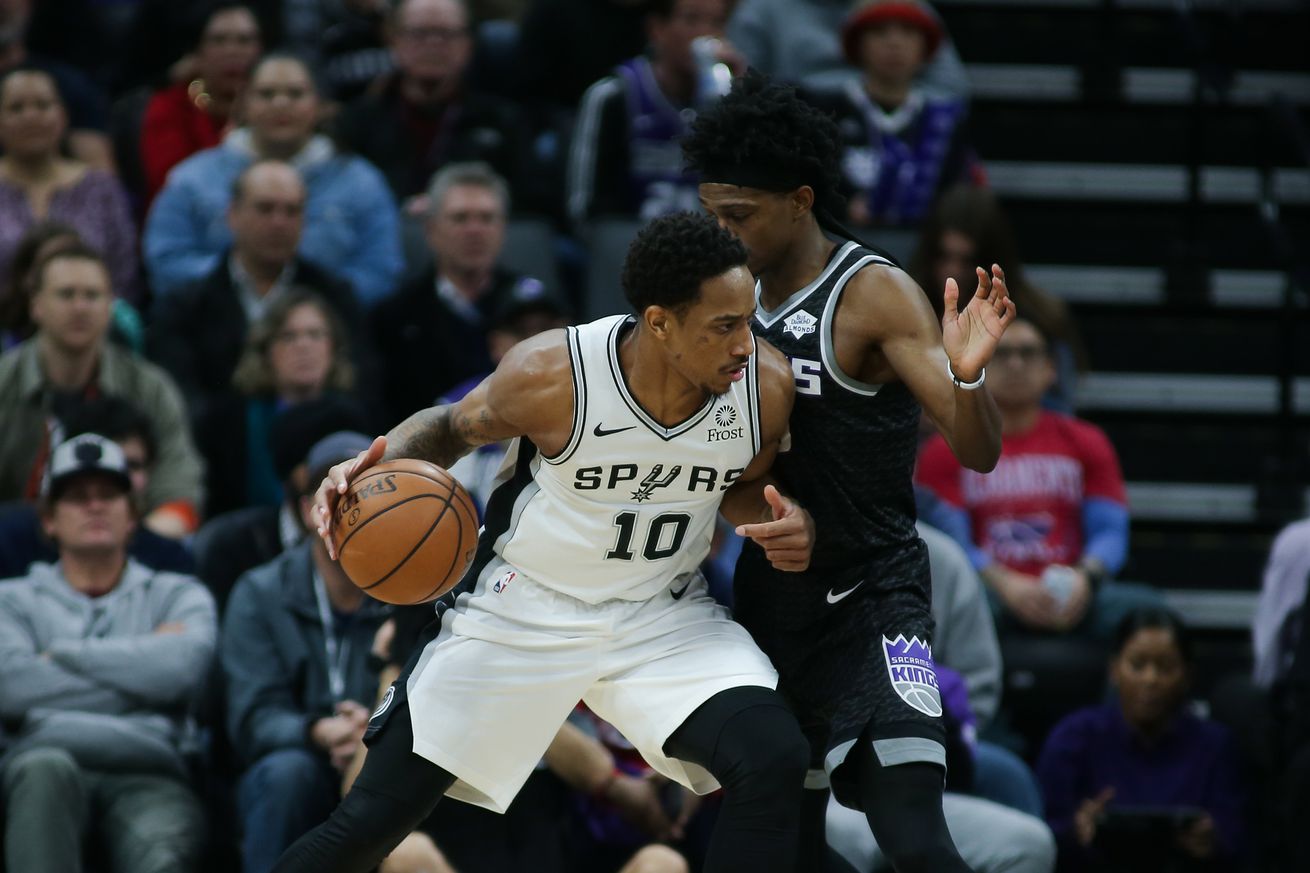 Poop defense and three-point shooting prevented the Spurs from slaying the Kings.

What promises to be an extremely tough Rodeo Road Trip didn’t get off to the best start, with the Spurs dropping their opener 127-112 to the upstart Sacramento Kings, ending their 5-game winning streak. Already short Derrick White to a case of plantar fasciitis, poor first and third quarters doomed the Silver and Black in this one as they couldn’t keep up with the speedy Kings or get their threes to fall.

DeMar DeRozan’s offensive game returned as he posted 24 points on 10-15 shooting, and LaMarcus Aldridge had 22 points and 9 rebounds. Marvin Bagley III led the Kings with 24 off the bench, followed by 20 points from De’Aaron Fox.

The Spurs continue the first leg of the RRT at Golden State on Wednesday. Tip-off will be at 9:30 PM CT on ESPN and KENS 5.