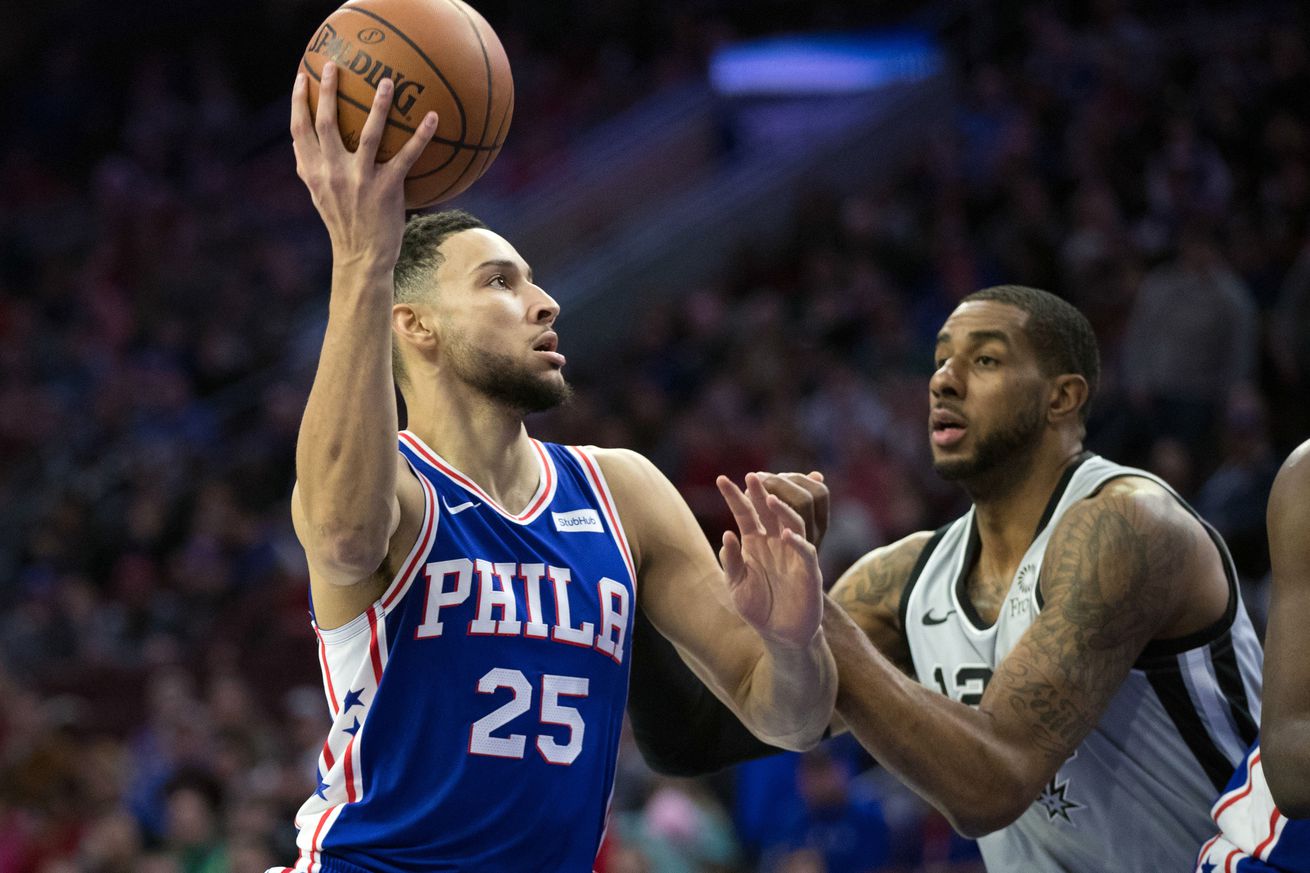 DeMar DeRozan broke out of his slump, but the Spurs still lose a heart-breaker.

In a back-and-fourth game that saw ten lead changes and only minuscule leads, the San Antonio Spurs lost a heart-breaker to the Philadelphia 76ers. After starting the game down 3-13, DeMar DeRozan broke out of his shooting slump, and the Spurs led by 8 with 2:48 remaining. However, the Sixers closed the game on a 10-0 run, aided by some horrid execution by the Spurs and untimely officiating, and the Good Guys lost 122-120.

DeRozan led the Spurs with 27 points on 12-19 shooting, followed by 17 apiece from Rudy Gay and Patty Mills. Despite playing with a bad back, Joel Embiid led the 76ers with 33 points, and Ben Simmons had a 21/10/15 triple-double.

The Spurs are headed to New Orleans to take on the Pelicans on Saturday. It will be an early tip-off at 5:00 PM CT on FSSW.