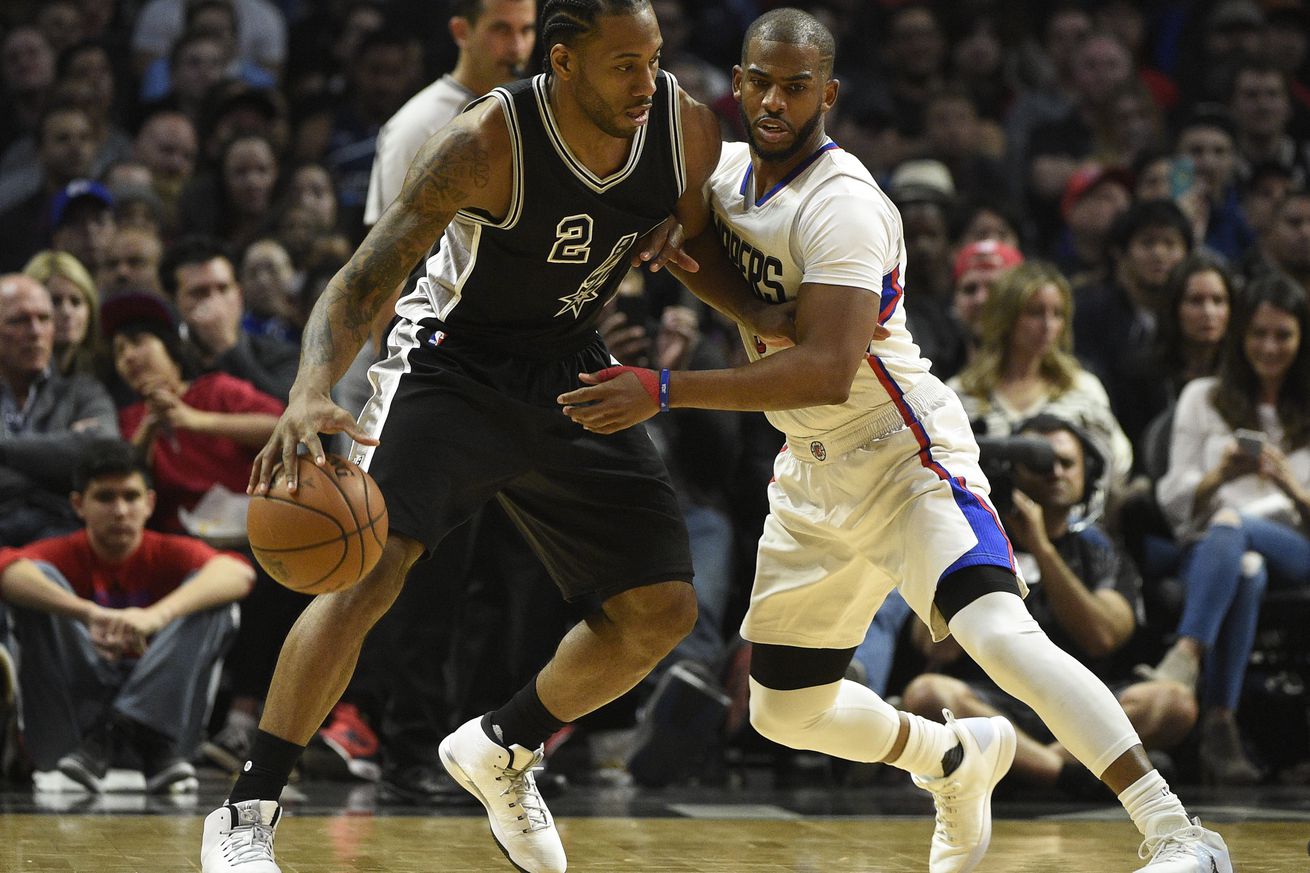 The Spurs continued the RRT with a big win.

San Antonio was able to get a huge win on the road, making the season series 1-2 against the Clippers. Pau Gasol played his first game since January 18, and Chris Paul started in his first since January 16. The Spurs took control with an 11-0 run, but also had 8 turnovers in the quarter, which could have really hurt if LA could take advantage, instead, they scored 0 points off them. Gasol looked fresh in his first game in a month with great defense and a nice stop-and-pop 3. Both teams struggled in the first and it was 18-13 after 1

The Clippers played much better in the 2nd, taking the lead twice in a back and forth period. Better offense by both teams led to a 47-42 Spurs lead at halftime. Kawhi had 10 and Pau and LA both had 9. Austin Rivers led all scorers with 15.

Kawhi picked up his 5th foul with 7:13 left in the third and had to sit until almost the mid-4th quarter with 14 points and the Spurs down 5. Blake Griffin had 12 in the third to take over by the Clippers. The Spurs re-took control with a 15-4 run in middle of 3rd with stifling defense. Manu completed 3-point play on a fantastic reverse layup with just over 3 minutes left to spark the Spurs who then went on a 10 point run to retake the lead with 2 minutes left. Manu hit a beautiful 3 to end the 3rd and give the Spurs a 77-73 lead headed into the 4th.

A familiar story in this series, and with the Clippers in general, The Spurs dominated the boards, 51-36, and almost doubled up the offensive rebounds 15-8. Kawhi struggled to find his shot, even while leading the Spurs with 21 points for the game, 7-16 from the field and 0-4 from 3. TP and CP3 had a classic duel with both players scoring 17 and playing great defense on each other.

It was a great sign after a week off for the Spurs, who get the Lakers Sunday afternoon.