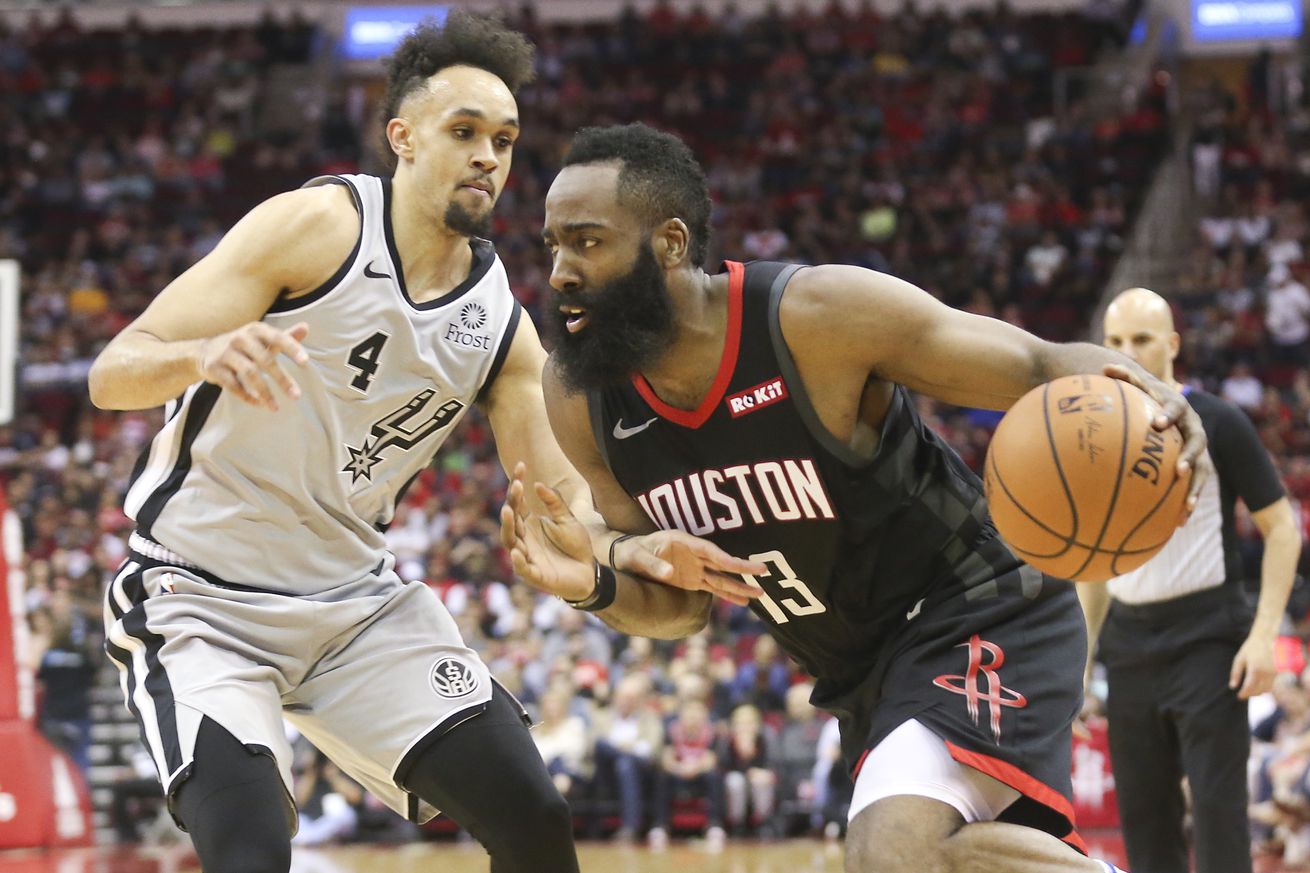 The Spurs dug themselves out of a 19-point deficit only to see Harden outduel DeRozan down the stretch.

The San Antonio Spurs fell just short on their furious comeback against the Rockets on Friday night in Houston. After falling behind by 19 early in the 3rd, the Spurs fought all the way back, establishing a 6 point lead with 5 minutes to go before ultimately succumbing to a barrage of threes. The Spurs have now lost 2 in a row on the heels of a season-best 9 game winning streak.

Bryn Forbes paced the Silver and Black with 20 points, while Derrick White added 18 and DeMar DeRozan chipped in 16 to go with his 8 rebounds and 8 assists. But the story of the night was James Hardens’ 61 points, setting a new Spurs’ opponent scoring record.

The Spurs travel to Boston for the 2nd game of their 3-game road trip on Sunday. Tip-off will be at 6:30 PM CST on FSSW.