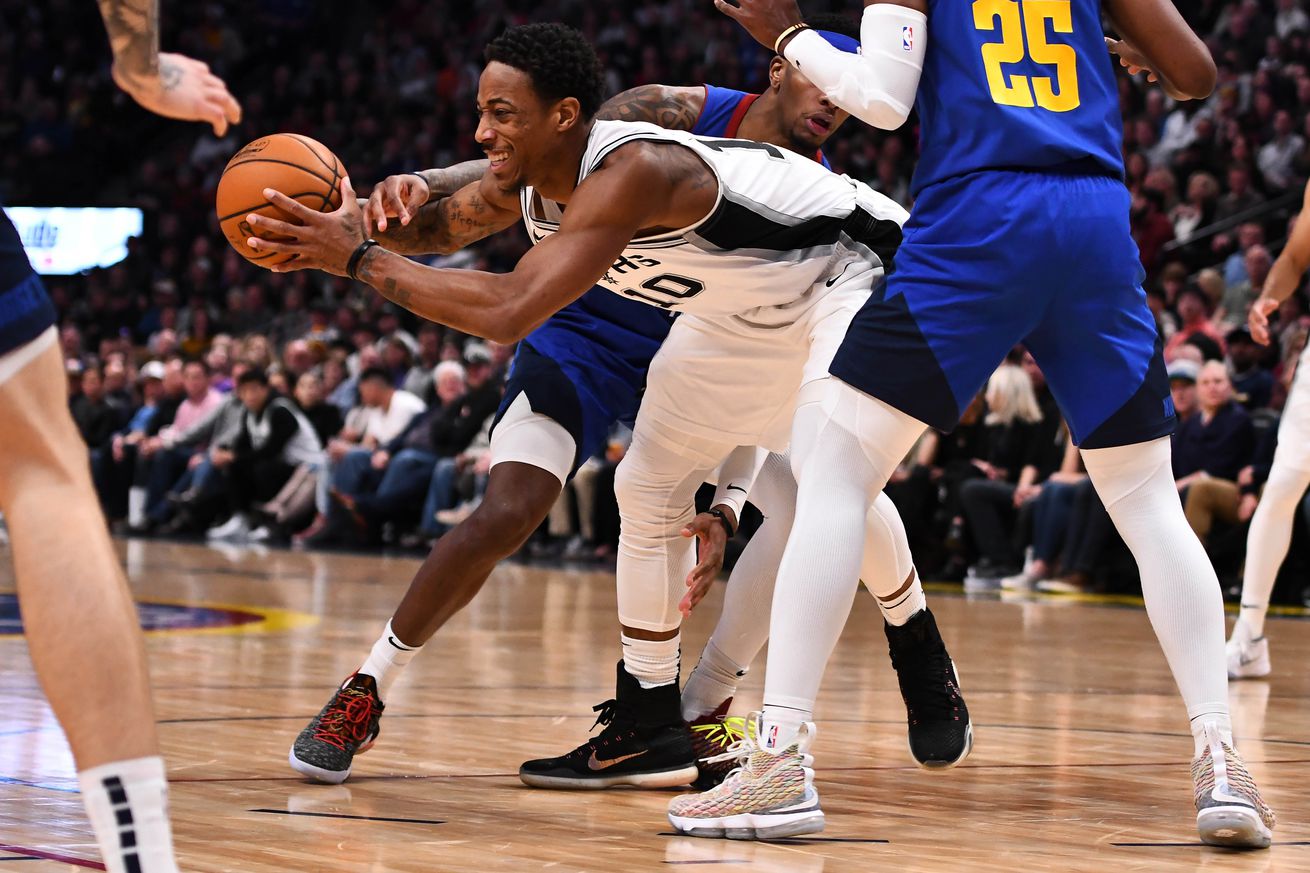 An unusually bad night at the line kills Spurs rally in Denver.

After a sluggish first half in the Mile High City, the San Antonio Spurs made a mad rally back into the game thanks to a strong defensive effort in the second half led by Derrick White, but they could never quite get back over the hump due to some horrendous free-throw shooting and rebounding in a 102-99 loss to the Denver Nuggets.

LaMarcus Aldridge led the Spurs with 24 points, while White scored 10 points along with 6 rebounds, 6 steals and 3 assists in front of his home town. Jamal Murray scored 31 points, followed by 21 for Nikola Jokic and Malik Beasley.

The Spurs will be in Los Angeles to take on the Clippers tomorrow at 9:30 PM CT.