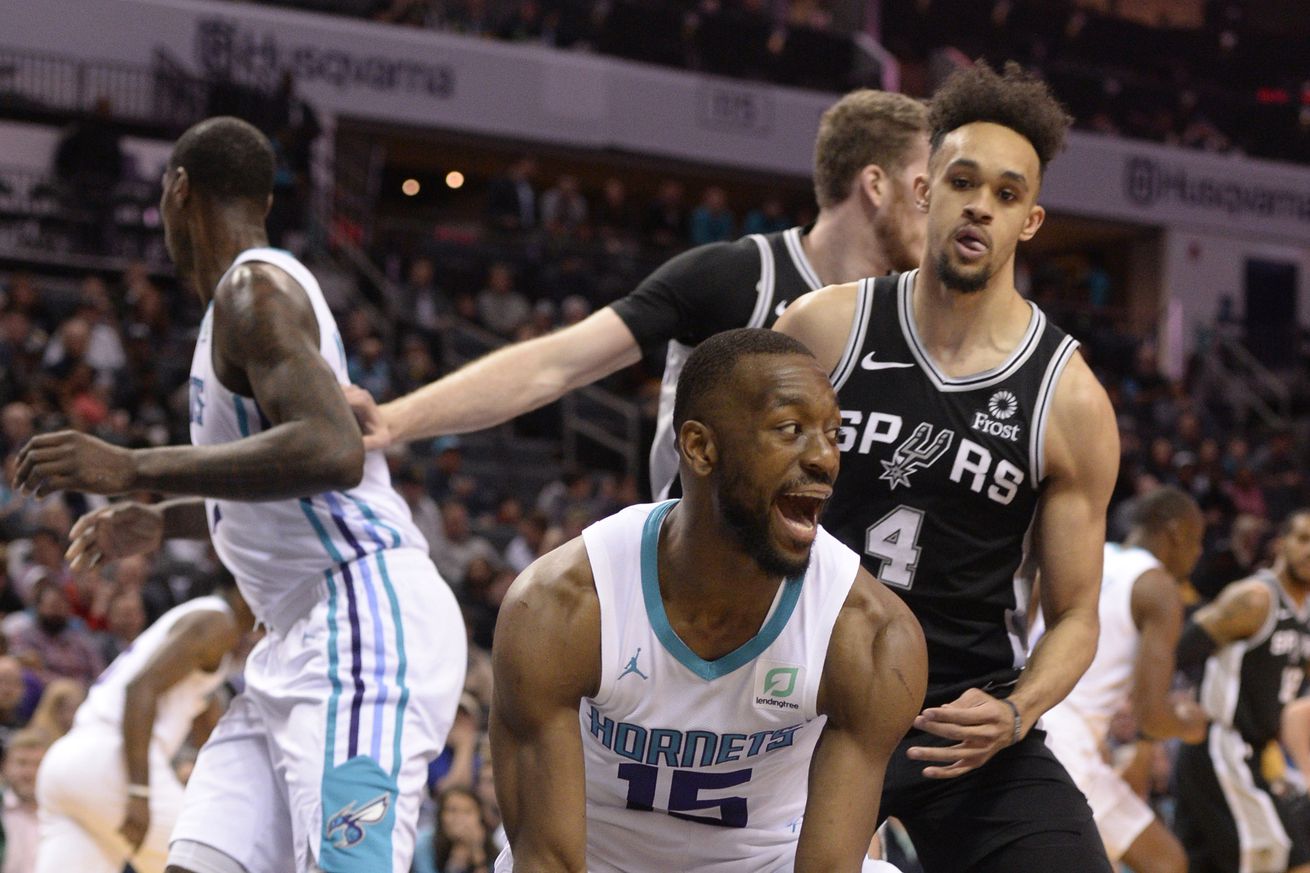 Another East team gets the better of the Spurs.

In the final game of their three-game road trip, the Spurs had an up-and-down night against a Charlotte Hornets team that is still fighting for their playoff lives. The streaky game saw both teams come back from multiple deficits, and it ultimately came down to who went on the final run. In this case it was the Hornets, who outscored the Spurs 19-10 in overtime for the 125-116 win and sweep of the season series.

DeMar DeRozan had 30 points and 8 rebounds for the Spurs, and it was one of those rare nights where the Spurs lost despite getting 20 points from LaMarcus Aldridge. Kemba Walker led the Hornets with 38 points (most of which came in the second half and overtime), and Dwayne Bacon scored a career-high 24 points.

The Spurs are headed back home for Manu Ginobili’s Jersey Retirement ceremony on Thursday, although sources are telling me there’s also a game before that against the Cleveland Cavilers at 7:30 PM CT.