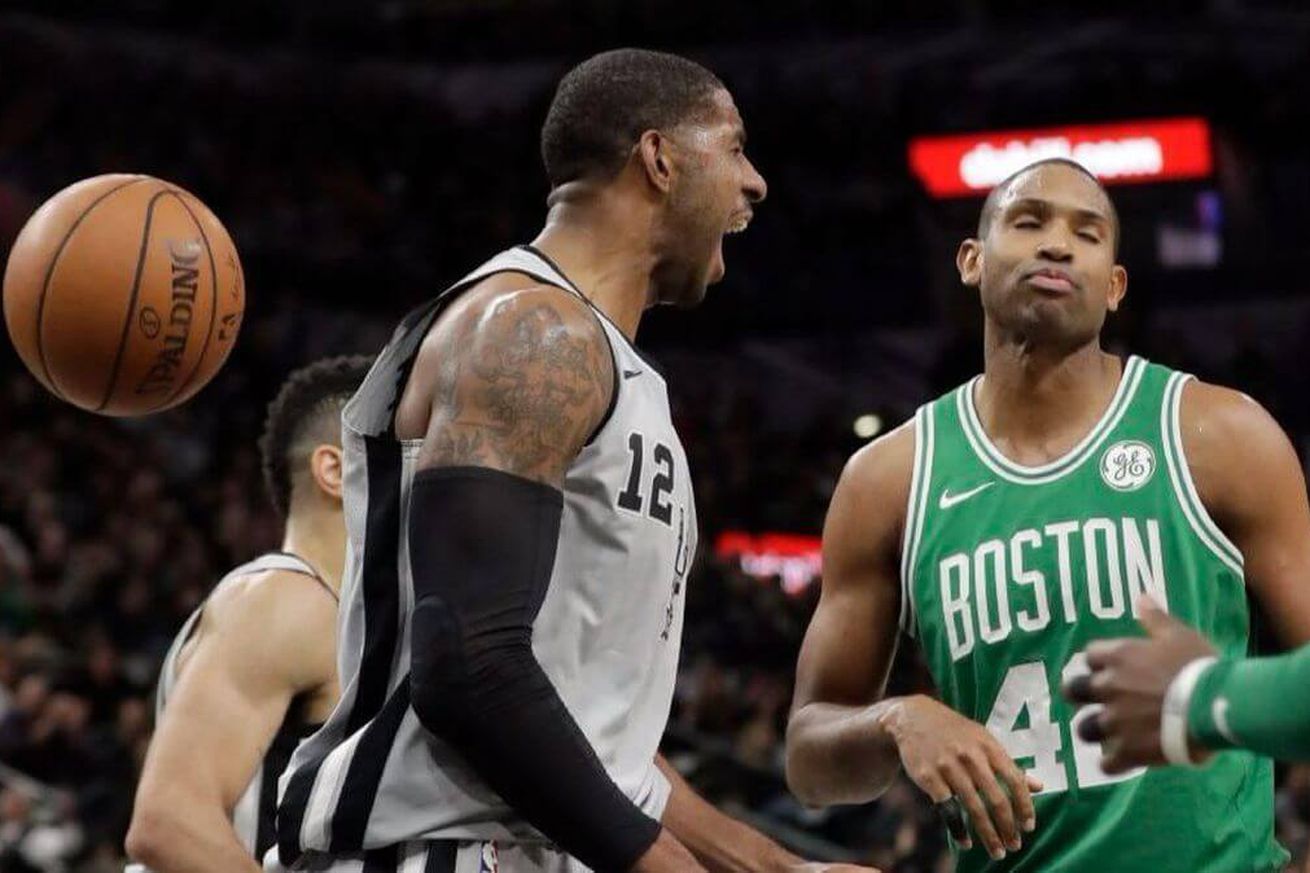 Aldridge had yet another stupendous scoring effort to pace San Antonio.

San Antonio recovered from its late collapse against Houston two nights ago by executing consistently in the halfcourt behind LaMarcus Aldridge (48 points on 20 for 31 shooting, 13 rebounds, and 6 assists) and DeMar DeRozan (16 points and 11 assists) to give a short-handed Boston Celtics team its worst home loss of the season. Boston has now been outscored 133-93 in its last four 4th quarters.

San Antonio concludes its three game road trip Tuesday evening in Charlotte against Kemba Walker, Tony Parker, and the Charlotte Hornets at 6:00 PM CDT. This time, Tony must not dominate Fisher for our playoff positioning sake. Then, the #GraciasManu game against Kevin Love and the Cleveland Cavaliers happens two nights later at 7:30 PM CDT.