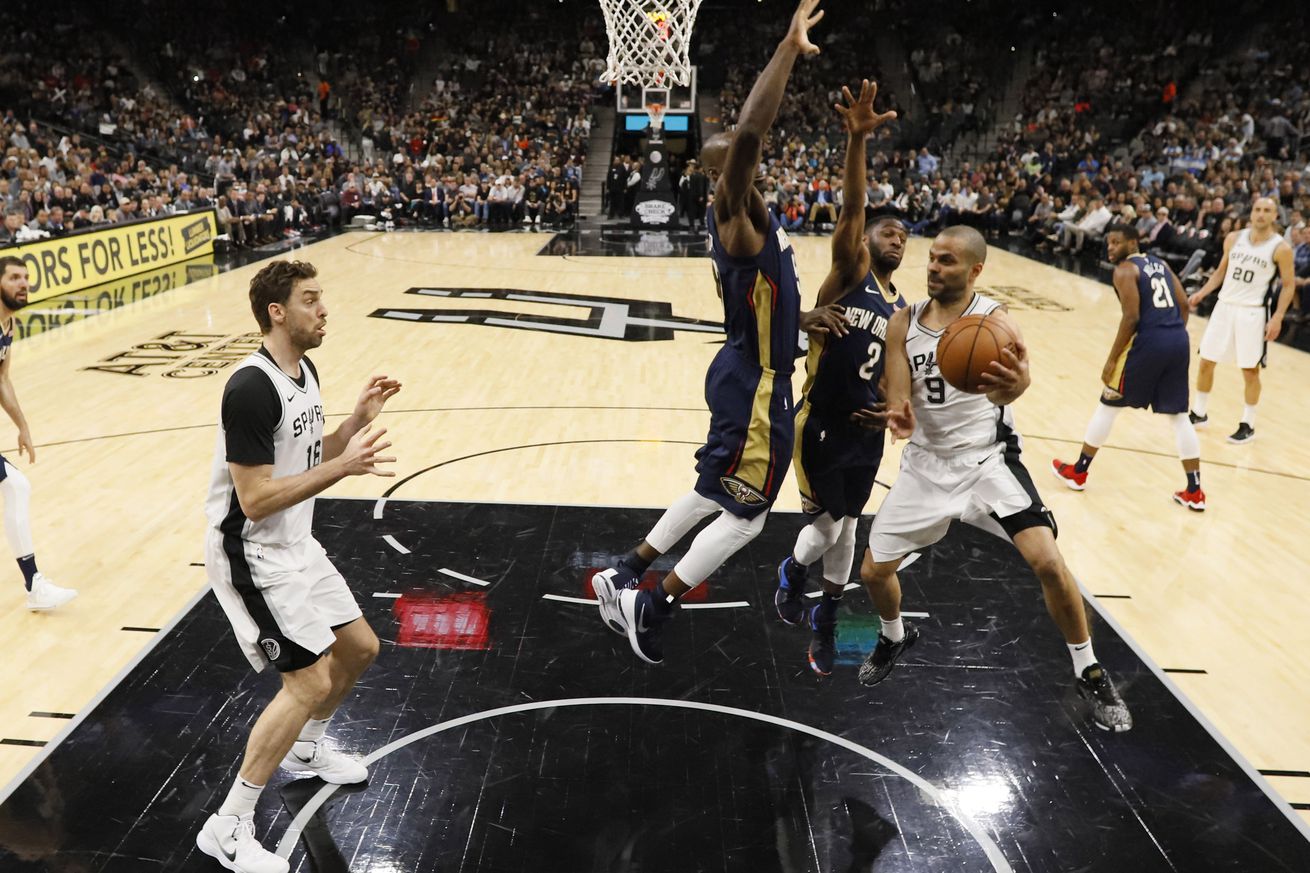 Jump back into the playoff race

With the New Orleans Pelicans in town and the Spurs looking to claw back into the top-eight seeds out West, Thursday night’s game had the atmosphere of a big playoff game. After the Pelicans looked like the more athletic, superior squad within the first three minutes, the Spurs settled down and went right at MVP candidate Anthony Davis and the rest of the Pels. Led by LaMarcus Aldridge, the Spurs played physical basketball and got the W.

The first-half was all about pacing and runs. As the Spurs started Dejounte Murray, Patty Mills, Danny Green, Kyle Anderson and LaMarcus Aldridge, San Antonio extended their first quarter lead to 13 by finishing the quarter on a 9-0 run, and ran in transition at what seemed to be every opportunity.

In what has become a season-long trend, the Spurs eventually blew a late lead, and the Pelicans fought back with a 10-0 run of their own to close the halftime deficit to two. However, the Spurs finished the second-half off with excellent defense—led by Danny Green’s six blocks—and once again proved that a nearly healthy Spurs squad is still a difficult team to beat.

The Spurs played at an awfully brisk pace in the first half and for long stretches in the second half. With a starting lineup of Dejounte Murray, Patty Mills, Danny Green, Kyle Anderson and Aldridge, the Spurs were not only able to match up with the Pelicans on defense, they were able to run effectively in transition. Having all but one player available to play offers the Spurs quite a bit more lineup flexibility than they’ve had at various moments throughout the season, and it was a bit jarring to watch teammates sprint with Murray in transition in search of good looks from deep or near the hoop. If Pop has this lineup in his back pocket for the playoffs, this point in the season is a good time to put it to good use.

The Spurs were their best offensively when they attacked Anthony Davis in the paint. Davis has arguably been the MVP of the league since DeMarcus Cousins went down with a torn Achilles, but shying away from good looks in the paint just because of his mere presence is a great way to eliminate any available space on the court. While it is much easier written than done to score against the best big man in the league, the game very much felt like it hung in the balance until Davis fouled out late in the fourth quarter.

Manu Ginobili is still the heart and soul of the Spurs. Despite being nearly one hundred years old, the Spurs will only go as far as he is able to lead them in spurts off the bench. By the third quarter, Davis and Manu seemed to have had enough of one another, and the old man put together a string of plays that got the AT&T Center fired up. He altered a Davis jumper, he drew a charge and a push foul, he hit a big step back 3, and he reminded everyone of his innate ability to sense when the team needs him.

Should the Spurs and Pelicans meet in the playoffs, Thursday’s game feels like a good preview. It was physical, it was a battle of pacing, it featured two star big men, and the biggest advantage this iteration of the Spurs has is their depth. While the Pelicans sport a surprisingly strong supporting cast of players around Davis, the Spurs have versatility and experience off the bench that most teams would be envious of.

With this win, the Spurs are back into the playoff race. Funny how winning fixes everything.