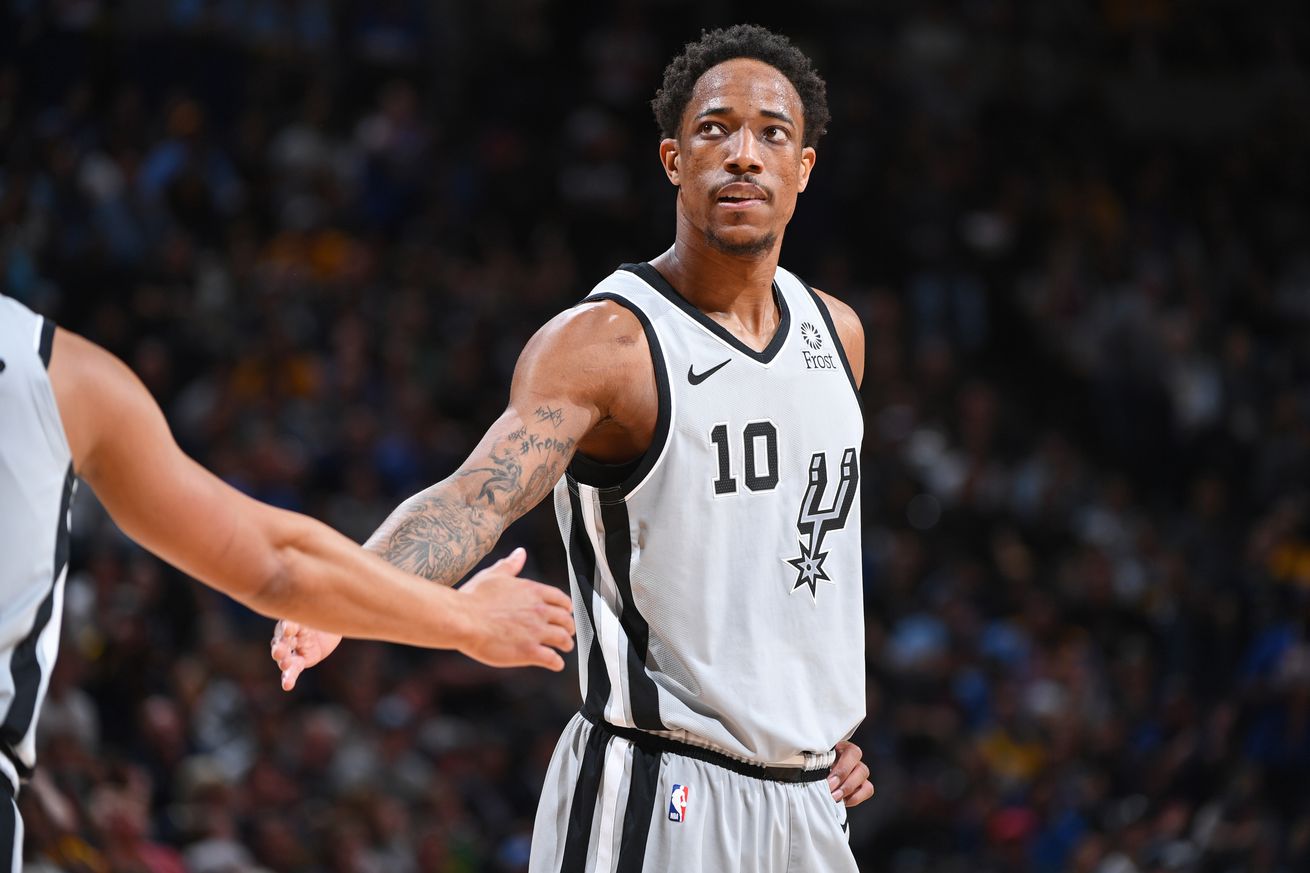 Pop is quite fond of the team he has assembled in San Antonio.

Just because this offseason is pretty much over from a free agency standpoint doesn’t mean the Spurs don’t have any upcoming decisions to think about. For example, DeMar DeRozan has two years remaining on his contract with a player option next summer. It’s been hard to gauge just how much they figure him into their future plans, but Mike Finger of the San Antonio Express News is saying the Spurs haven’t ruled out offering him a max contract extension.

[Gregg] Popovich genuinely likes the group he has assembled in San Antonio, and after outsiders speculated DeMar DeRozan might be used as trade bait this offseason, all indications are that the Spurs value his presence and want to keep him around. They have not yet offered him a maximum contract extension, but they have not ruled out the possibility of doing so before the season begins, either.

Now 30-years-old, DeRozan had a solid first season with the Sours, averaging 21.2 points on 48.1% from the field and career highs in 6 rebounds and 6.2 assists. He meshed well with LaMarcus Aldridge as the duo led the Spurs to their 22nd straight playoff appearance despite deep roster turnover following the Nephew Saga and it being the first without any of their Big 3.

Obviously this could still go either way, and if they don’t take action this summer, then what the Spurs decide to do with DeRozan in the future may largely depend on how this next season goes, how far along the youth movement is, and if they feel his play would be a long-term benefit for the team. With potentially rising stars at the guard position in Dejounte Murray, Derrick White and Lonnie Walker IV, a lot of that may depend how DeRozan does at the SF position, especially if he can add the three pointer to his arsenal.