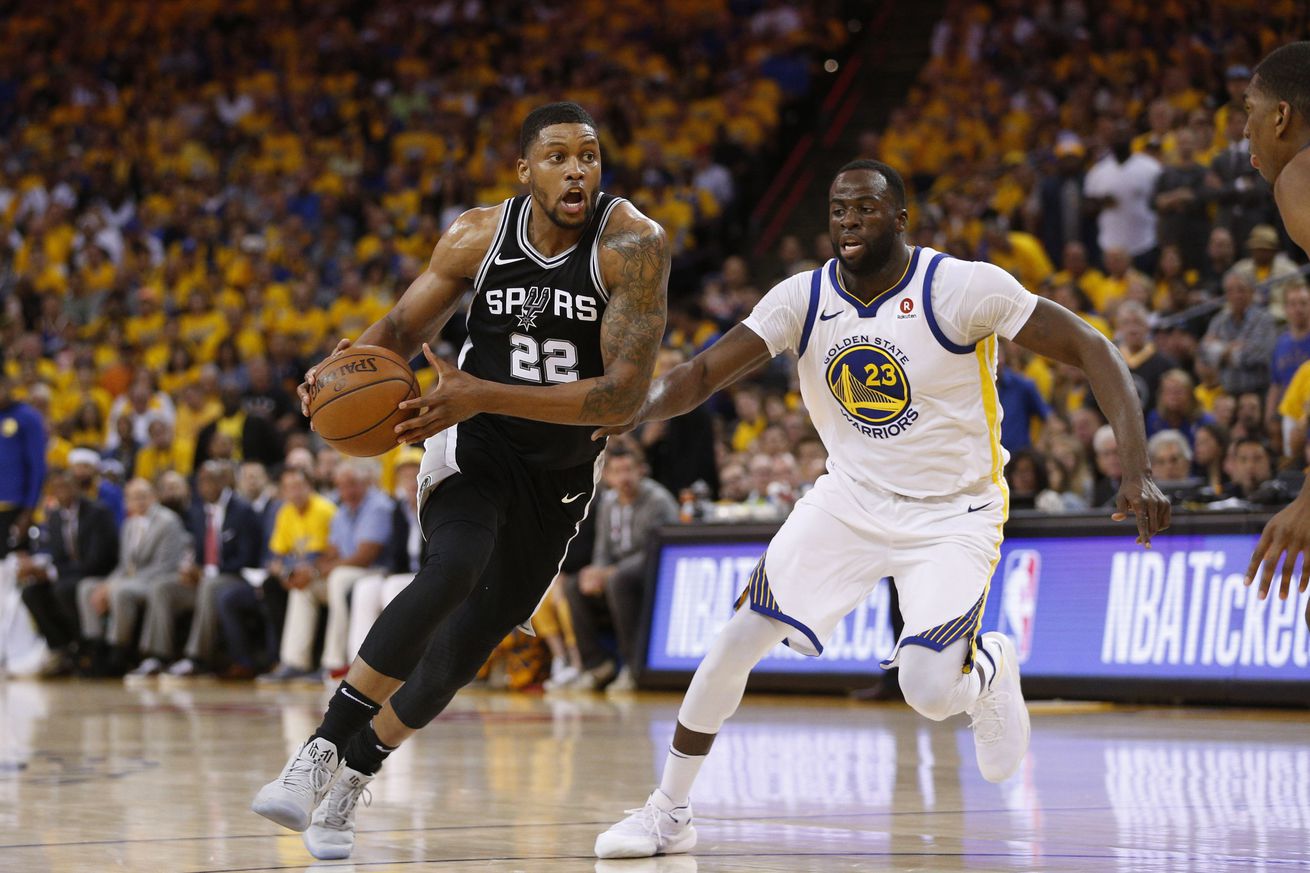 Gay opted out just to secure some extra money, but will be back next season.

Rudy Gay has agreed to return to San Antonio on a one-year, $10 million contract, according to Yahoo Sports Sham Charania.

Gay had a contract option to stay in San Antonio worth under nine million. He opted out, entering restricted free agent. Other teams, including the Warriors, reportedly showed interest, but Gay decided to re-sign with the Spurs for another season at a slightly higher figure. The Spurs will likely use the non-bird free agent exception to re-sign Gay, which means they will probably remain over the cap. They should still have the full mid-level exception and the bi-annual exception to make other additions.

The fact that the Spurs didn’t have full bird rights to the veteran combo forward made his return seem unlikely once he opted out. Fortunately, all he was looking for was a bump in his paycheck. This new deal seems good for both parties. Gay will have another year to rebuild his value. He will have an opportunity to re-enter free agency next summer, when more teams will have cap space. The Spurs, meanwhile, secured the services of a potent bench scorer who fit their culture well last season at a reasonable price and without compromising their future cap flexibility.

This move suggests the Spurs are not planning on embarking on a full rebuilding effort regardless of what happens with Kawhi Leonard. With Danny Green back and now Rudy Gay in the fold, San Antonio should be able to enter next season with the core of the team that won 47 games last year.

Gay averaged 11 points and five rebounds in his lone season as a Spur.