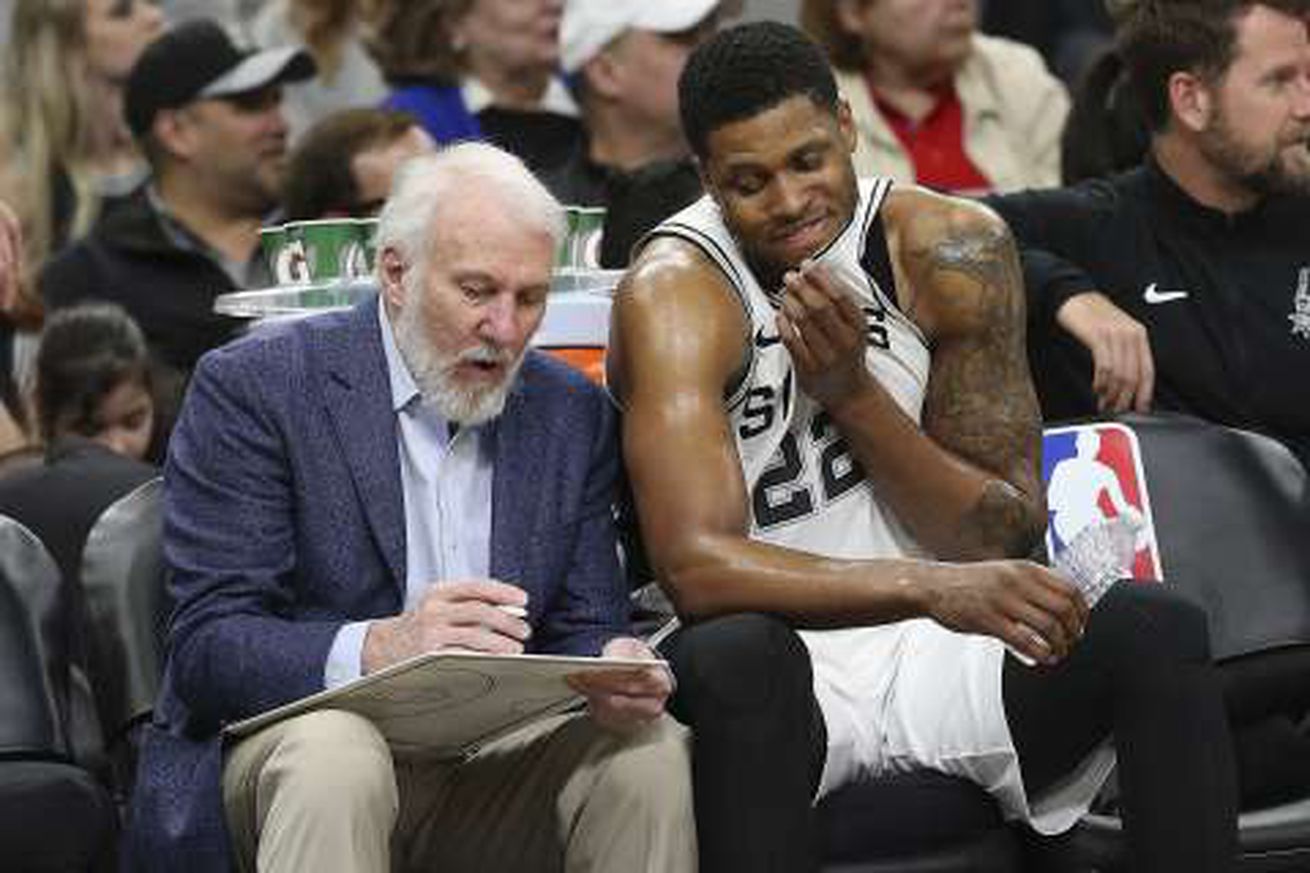 One moment from the Spurs’ win over Washington most shows how much the team loves Rudy.

It was recently announced that Rudy Gay was nominated for the 2018-19 Twyman-Stokes Award: a player-voted award goes to the NBA’s best teammate, and one little clip from the Spurs blowout of the Wizards shows why:

Obviously the Spurs were in a good mood by that point in the game, but how many players get shown so much love for forcing an inconsequential three-second violation? His smile of appreciation says it all…

…as does the one he gets from Pop.

That being said, no word yet on whether Rudy was the victim of any April Fool’s jokes from his peers.