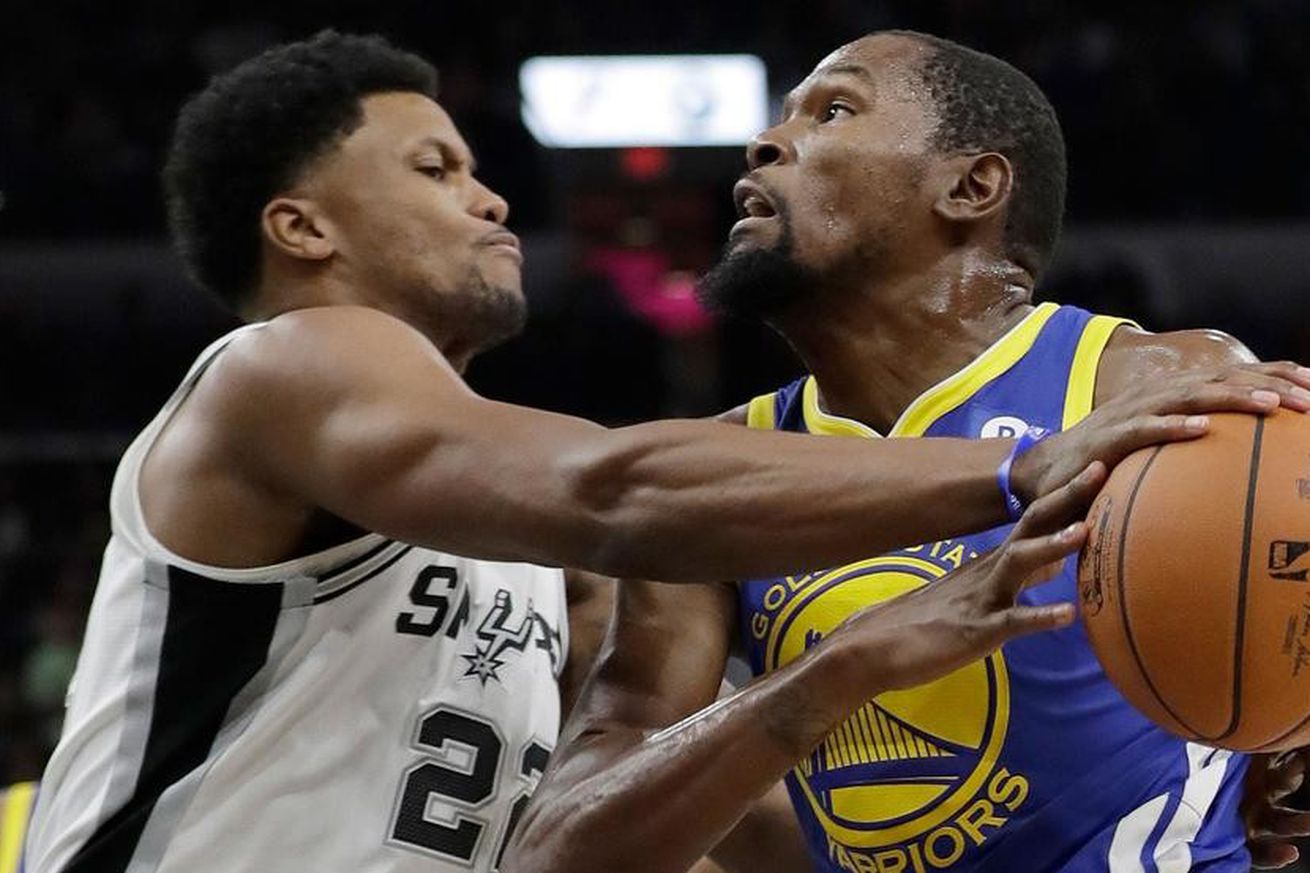 Rudy can relate to KD’s pain and is ready to help.

One of the most devastating injuries in sports is a torn Achilles tendon not just because of the amount of time it takes to fully recover (usually a year), but also because athletes rarely, if ever, come back the same. So naturally, when Kevin Durant went down with that exact injury during Game 5 of the Finals, one Spurs player in particular felt the pain right along with him. As Rudy Gay told The Undefeated:

“You just know when you see it. It’s just like a Fireball shot running through your body.”

He messaged his old friend with words of encouragement — both grew up in the Maryland/Washington D.C. area have known each other since high school — and quickly received an appreciative response. Durant underwent successful surgery yesterday, and Gay (who is currently in Milan, Italy participating in the NBPA’s International Business Academy) plans to get with him soon as he faces a long road to recovery.

Gay suffered his own ruptured Achilles in January 2017 while playing for the Kings. The Spurs took a chance on him, and he rewarded their confidence by returning within 9 months of his surgery and performing well. While it still took him until around the playoffs truly feel like himself again, few players have come as close to their original form as Gay, but he thinks Durant has what it takes.

“The biggest thing is finding your rhythm and knowing your body. As long as you can continue to heal and get your rhythm back, the only thing that will be new is figuring out your body.”

“People forget that he is 7 feet tall and shoots the way he does. Even if he can’t be completely himself initially, he still will be better than most players. That’s the worst-case [scenario]. I know he will be fine.”

Similar to Gay, Durant faces the long road to recovery while also heading into free agency. There are certainly differences in their situations; based on timing Durant is far less likely to return next season, but he is also one of the top 5 players in the world. The offers will be there, but how much (if at all) has his injury changed things?

Will a team like the Knicks, who are rumored to be a possible free agent target for Durant and desperate to get out of purgatory, be willing to offer him a max or near-max contract, knowing the first year will be wasted? Will Durant sign a one-year contract somewhere (maybe with the Warriors again) and re-evaluate next summer?

These are all questions for a few weeks from now, but in the meantime good luck to Durant in his recovery, and there is probably no better friend to have by your side right now than Rudy. (Here’s to hoping he remains a Spur.)

Rudy Gay is ready to help Kevin Durant with his Achilles recovery
Source: Pounding The Rock