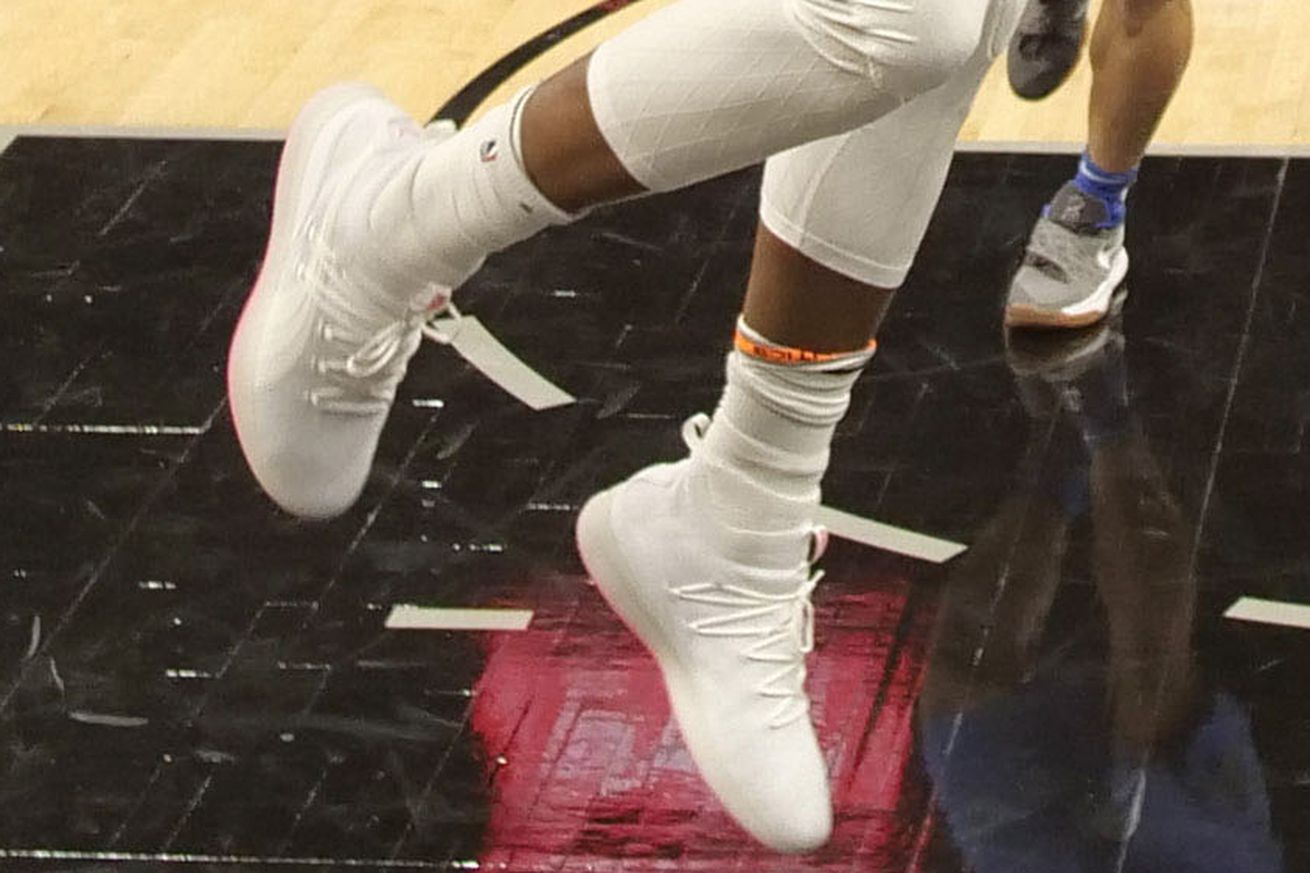 Respect, love, and a personal touch

Did you see this video the other night during the Spurs/Lakers game?

In honor of his late grandmother, Rudy Gay will wear a pair of custom Breast Cancer Awareness shoes during tomorrow’s game vs. the Lakers. More from Rudy:

“My grandmother meant everything to me. She was a breast cancer survivor and a true warrior ! Tomorrow I honor her strength. PUMA Hoops will be making a donation to Texas Wings in the continued effort to raise awareness . Join the cause by liking or sharing my story .”

Rudy Gay honored his late grandmother who battled against breast cancer by designing his new Puma shoes with her in mind.

“My grandmother always liked white shoes, always wanted to keep the shoes white. And I had the pink accents to commemorate breast cancer awareness.”

The all white shoes have pink soles that reflect off of the hardwood. A pink “Puma” and “1973” tag accentuate the back above the actual pink Puma silhouette.

After the video aired during the telecast Sean Elliott said to Bill Land that he wanted to ask Rudy what took him so long to get to San Antonio as Gay was “obviously a Spur.”