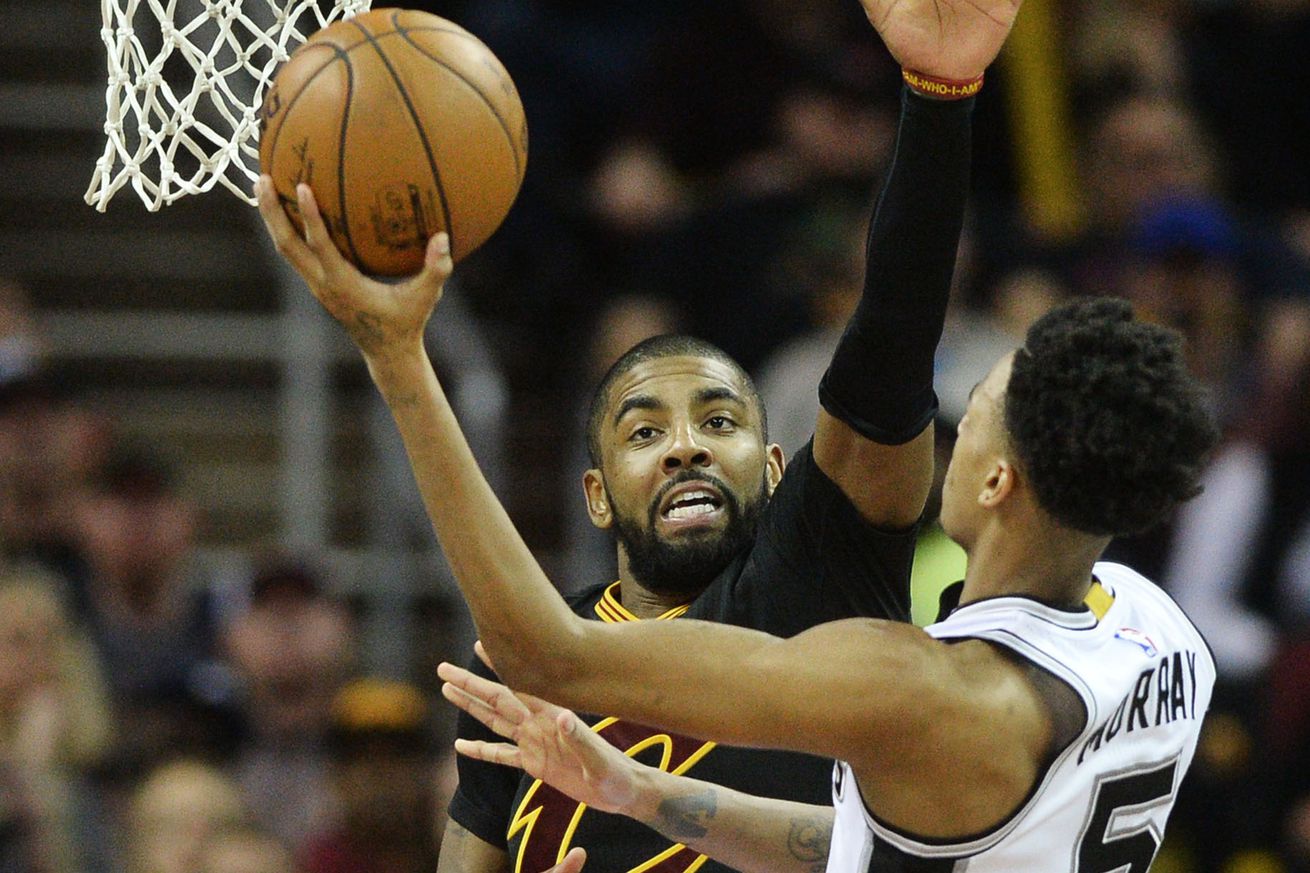 The 20-year-old had his second terrific performance in a row, this time on national TV against the defending champs.

Thursday night belonged to Kawhi Leonard and his career-high 41 points, but the other big story in San Antonio’s 118-115 overtime win in Cleveland was rookie Dejounte Murray, who followed up a career game versus Denver with 14 points and six assists in just 22 minutes.

With Tony Parker returning to San Antonio for an MRI on his foot, Murray got the start for the second game in a row. The Spurs’ first-round pick rarely looked out of his depth, making sound decisions and being aggressive from the early going.

Murray made a number of plays off the dribble, including this bucket going at Kyrie Irving and then finishing with his left.

His long strides routinely caught Cavaliers defenders off guard. He left Iman Shumpert in his wake on this transition bucket.

Murray’s floater has been a staple of his highlight tapes from Austin, so seeing it in action last night wasn’t especially surprising. What was even more encouraging was seeing him know when to go to his in-between game and when to get all the way to the hoop.

The rookie collected a career-high six dimes (to just two turnovers) by making simple reads. David Lee doesn’t appear to be on the same page as him on this possession, but Murray’s penetration and Lee’s adjustment resulted in a basket early in the second half.

Murray and Lee not really on the same page. Spurs score anyway. pic.twitter.com/mJZEDwjKF3

There will be chances to nitpick in the future, especially as teams actually put Murray in their scouting reports. But these last two games have been eye-openers, suggesting that the rookie is much further along on his developmental arc than we could have imagined heading into this year. He’s already earned Pop’s confidence to play meaningful minutes against the defending champs, and we’ll likely be seeing even more of him moving forward.

Not bad for the 29th pick in last year’s draft.