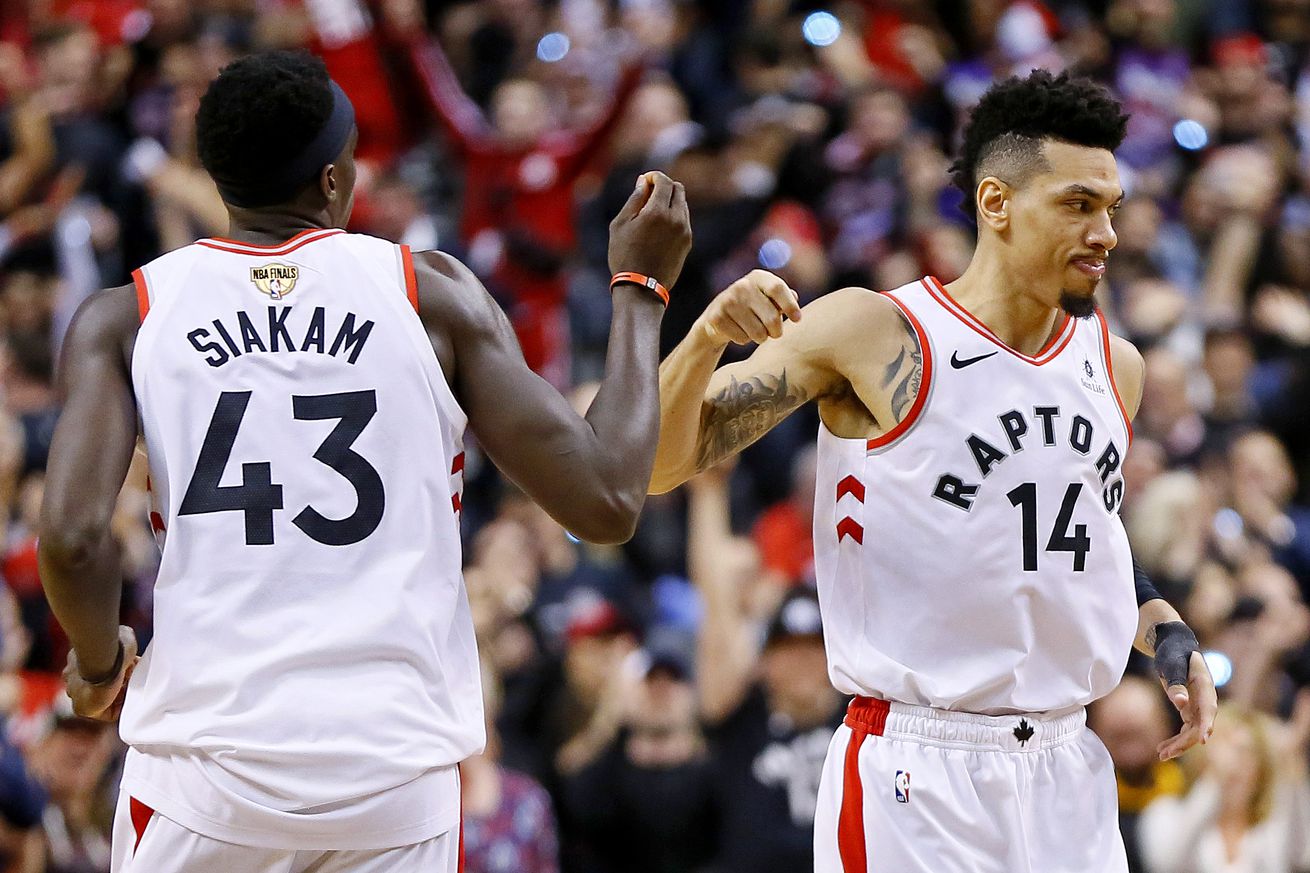 Observations from Game 1 of the NBA finals.

The NBA Finals this year presents a fascinating match-up. Instead of a yet another Finals between Golden State and whichever team LeBron James plays for, we have the heavily favored defending champ Death Star against a team that has never played in the Finals before. However, as I pointed out before Game 1, the Raptors can really defend. And in Game 1, they really did defend, holding the Warriors to only 43.6% shooting overall, under 40% from three, forcing 16 turnovers. The “inexperienced” Raptors only had 10 turnovers., which would be a great number for a mid-season game, let alone Game 1 of the NBA Finals.

Interestingly, the Warriors had 29 assists on their 34 baskets — a remarkably high percentage. This could be a reflection of the fact that none of the Warriors could take their man one on one — or a byproduct of the Warriors not having Kevin Durant, who can score on anyone in a one on one match-up. Either way, the Raptors need to keep winning against Death Star Lite — the one that does not have the Warriors Darth Vader, KD, on the floor.

1. For those of us who have seen Kawhi Leonard play many times, including most PtR readers, it was clear to me that he was not right. Kawhi had none of this normal explosiveness on offense, and was beaten several times defensively. But the game announcers either didn’t recognize this or chose not to mention it. The written post game analysis on other sites also failed to recognize that Kawhi is clearly nursing some sort of an injury. While his numbers were superficially OK (23 points, 8 boards, 5 assists), this was not a good Kawhi Leonard game. He made one 5 baskets in the 43 minutes he played. Don’t believe those headlines that announced that “Leonard and Siakam Lead Raptors to Victory”.

2. On the other hand, Danny Green’s stats were not that great, but he came out aggressively, and set the tone early for the other Raptors without DG’s Finals experience. As a result, he wound up with almost as many made threes (3) as he made in the entire series against the Bucks (4). This allowed the Raptors to keep him on the floor for 30 minutes, which also meant that they could keep one of their better defenders on the floor, and on Klay Thompson. Side note: If you want to get a good feeling about your shot next time you play, watch DG’s 27 made threes in the first Heat vs. Spurs Finals. I did this before my Thursday game — and it worked.

3. I have really appreciated Draymond Green’s play in these playoffs. He has been extremely effective in every facet of the game, and has avoided the histrionics which have been such a distraction in years past. That being said, Draymond had one of the weakest triple doubles in recent history. He had the absolute minimum on each counting stat — 10 points, 10 rebounds and 10 assists — and shot 2 for 9 from the field, with 6 turnovers and 5 fouls, and no blocked shots. Oh, and his counterpart Pascal Siakam went off for 32 points on 14 for 17 from the field, 2 of 3 from three. All in all, not a good game for the Warriors’ DG.

All in all, a fascinating Game 1. With Durant’s return likely to occur in Game 3 or 4, the Raptors may need to win Game 2, at home, to convert their first trip to the NBA Finals into a championship for ex-Spurs Kahwi and DG — and all of Canada.

Role players set the tone for Game 1 of the NBA Finals
Source: Pounding The Rock