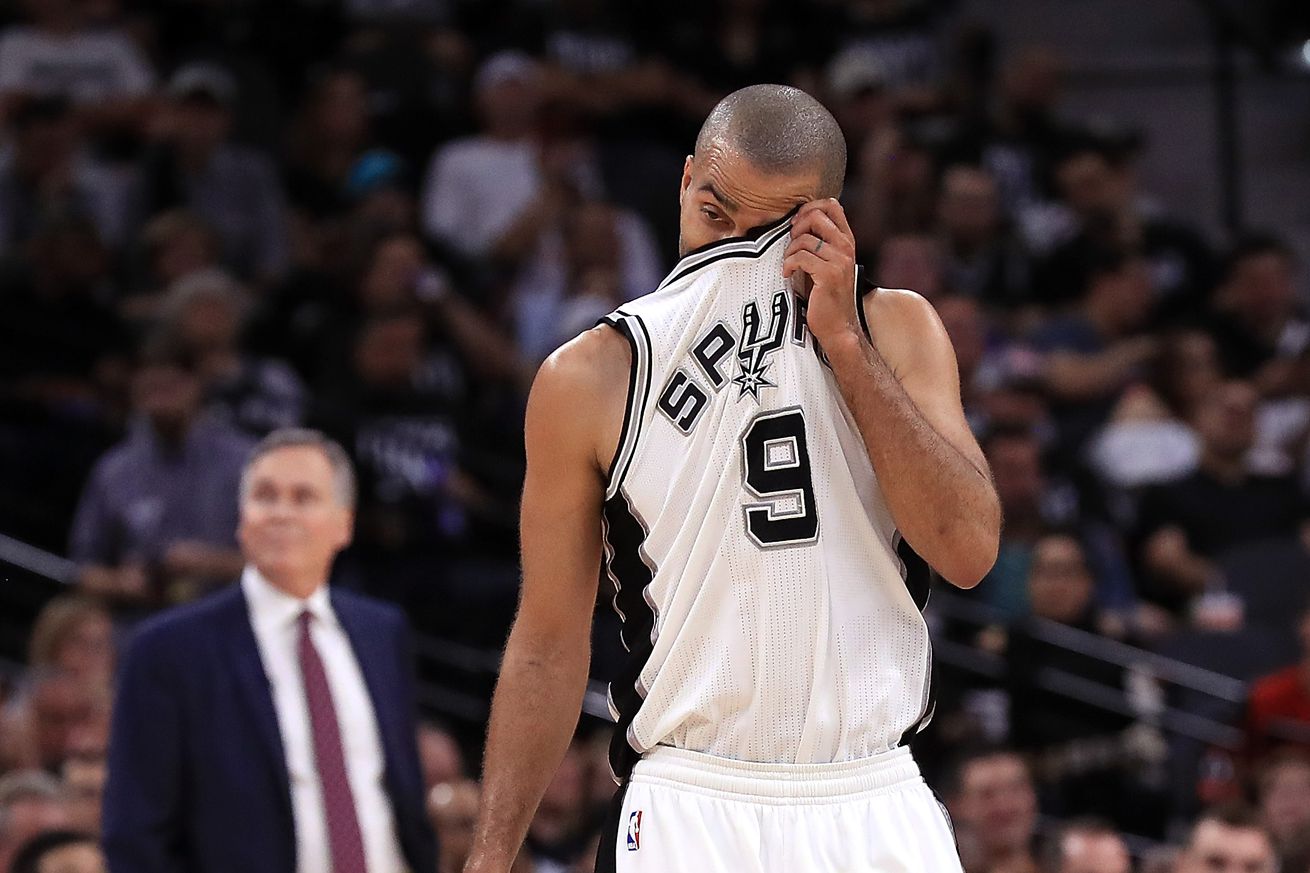 The Rockets exploited the Spurs’ defensive deficiencies and the Spurs chipped in with one of their worst offensive performances of the season in the series opener.

That was a good ol’ fashioned butt-whoopin’ that the Houston Rockets handed the San Antonio Spurs to get this second-round series started.

Besides Kawhi Leonard’s jumper to give the Spurs a 2-0 lead in the game’s first possession nothing went right for the home team. A lob from Trevor Ariza to Clint Capela tied the game up before James Harden hit Houston’s first three of the game to give the Rockets a 5-2 lead. Houston would hit 21 more threes as they built a lead as big as 37 in the game.

Houston attempted 50 threes in the game to 37 twos. That works out to 57% of Houston’s shots coming from deep in the game. That’s definitely not the game plan for SA.

This game was over after the first 18 minutes with the Spurs giving up 55 points in that time. Meanwhile, the Spurs put up just 29 points. The largest comeback in postseason history is 26.

The Spurs’ defense ended up allowing 126 points and posted a pitiful defensive rating of 119. San Antonio finished the regular season with a defensive rating of 101 and never allowed a team to score 120 points on them. This game’s numbers are all nuts. How about this number? LaMarcus Aldridge posted a net-rating of minus-60 in 25 minutes. We’ll get to LA in a bit.

It was the Spurs’ offensive struggles that led to their defensive meltdown. It was the Houston defense that looked like the league’s best on Monday night, holding the Spurs to just 35% shooting through three quarters. Since the Spurs missed 40 of their first 62 attempts, and turned the ball over 12 times in the first three quarters, the Rockets had plenty of opportunities to score in transition, finishing with 27 fast break points and 19 points off of Spurs turnovers.

The Spurs need more from everyone not named Kawhi, who didn’t shoot well but ended up with a nice 21 points on 14 shots, on the offensive end. If the team can make the open looks they will get (they hit just 17 of their 44 uncontested field goal attempts) it will go a long way to slowing down Houston’s attack, allowing the Spurs defense to set itself.

It was a bad loss for the Spurs, and it looks like it’ll be very hard for the Spurs to turn it around, but it was just one game and there are a few things the Spurs can do to make the next game an actual game.

SA has to slow the pace down. After playing in mud against Memphis, with a series pace of 88 possessions per 48, the first game against Houston was played 20% faster, clocking in at a pace of 105 possessions per 48. The Spurs need to take a page from Memphis’ book and muck the game up. Make Houston feel them, get physical, press often and do everything they can to keep Houston from running. San Antonio was only whistled for 18 fouls and no Spur collected more than three. If the Spurs are going to have a chance to win the series they have to make the games a halfcourt battle.

The Spurs can also try to play smaller. I definitely have my doubts that that will work, the Spurs aren’t exactly the most talented team as far as guards go and they thrived with their size advantage in the regular season, but it’s worth a shot if they can’t slow the game down. With Kawhi at the four the Spurs posted a net rating of +89.7 in two minutes. h/t Paul Garcia. Sure it’s the tiniest of sample sizes, but if LaMarcus plays the way he played on Monday night it might be worth a shot.

LaMarcus is sure to be the focus of fans’ ire after his miserable performance in game one. If Ryan Anderson is tasked with checking LA, Aldridge has to punish the Rockets. On Monday night, Aldridge attempted only seven shots on his way to a game low minus-36. He looked timid, once even kicking the ball out after backing Anderson down all the way to the hoop. When he did shoot it, it didn’t go well. The what-should-be-clear second option for the Spurs finished with four points and six boards. His play was far from the max contract he’s on and without him producing it might be Kawhi who has the weakest supporting cast among MVP candidates.

If this level of play from LA continues, SA might get swept. Or maybe the Spurs should just bench LaMarcus, SA’s net-rating with him off of the floor was +17.

It wasn’t just Aldridge who’s play left much to be desired, the rest of the roster, especially the other three starters, was bad. David Lee, who just might not be playable in the series, was 0-for-2 and ineffective defensively. Danny Green turned the ball over four times and missed seven of his ten attempts. Oh, Danny also missed all three of his free throws. Tony Parker, fresh off of his resurrection during the Memphis series, appears overmatched with Patrick Beverley checking him. He finished 3-of-9 for the game with four boards, three assists and two turnovers in 23 minutes.

And the bench was pretty awful as well.

It’s hard to take much from the second half of this one, Popovich was just trying some stuff out, including trying a Pau Gasol/Dedmon pairing. That sounds crazy, but it was actually effective. But again, the game was over and it was probably nothing.

The series will go every other night until the seventh game if it comes down to it. It’s another late start on Wednesday with game two set to tip at 8:30 Spurs time in the AT&T Center. The game can be seen on TNT.