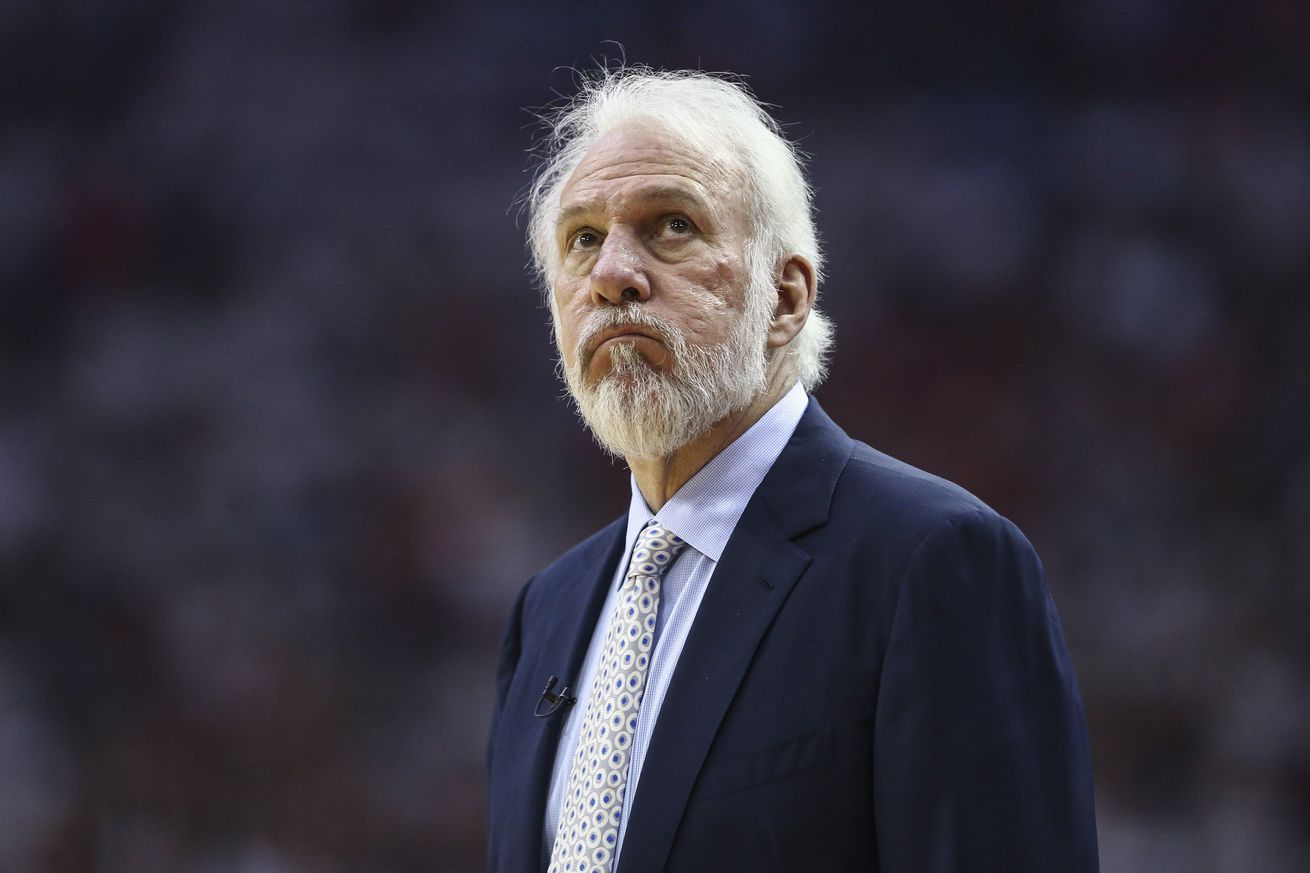 The Rockets led wire-to-wire as they made it a best-of-three series.

With their backs against the wall the Houston Rockets came out in Game 4 ready to play. And the Spurs, well, the Spurs did not. After the game Gregg Popovich said the team “started without an edge.”

The Rockets executed well to start the game and eight minutes into the contest a David Lee turnover gave Nene an easy dunk to put the Rockets up 27-12 with four minutes left in the first quarter. By the time the quarter ended the Spurs had turned it over six times and trailed the Rockets by 12.

Though the Spurs got themselves back in the game with a good second quarter performance, outscoring the Rockets 31-23, the first quarter’s tone and pace put the Spurs on their heels for the entire game. The full game pace of 101 possessions per 48 minutes is a manageable number for San Antonio but the first quarter was played at 115 pp/48, exactly what the Rockets want.

After that promising second quarter from SA and with the Spurs down just four points with 24 minutes left to play it seemed like they had a shot of pulling the game out but a 34-point third quarter for Houston doomed SA. The Rockets caught fire from deep in the period, hitting eight of their 13 looks, and the Spurs defense got away from what they did well in games 2 and 3, resulting in leaving three point shooters open.

Mike D’Antoni inserted Eric Gordon at the two to start the third (not that he starts but Nene was out of the game with a groin injury that he sustained during his first quarter dunk) and it was fire for Houston. The Clint Capela, Trevor Ariza, Harden, Gordon, Patrick Beverley lineup killed the Spurs, who played with two bigs in Gasol and Aldridge. Harden ran pick-on-the-big-and-rolls which created a few mismatches on the perimeter but even when the Spurs didn’t switch their defense was just lost. Halfway through the third the Rockets had outscored the Spurs 19-8, resulting in another 15-point deficit. The Spurs will need to solve the problems that that lineup presents moving forward.

The focus just wasn’t there for the Spurs on Sunday night and their mistakes were too many any too severe. They should never do this but they doubled Harden outside the three-point line on at least two occasions in the third quarter, which led to two threes on wide-open looks for the Rockets. That stuff should be easily fixable.

That’s not to say that the Rockets weren’t great, they were, hitting deep threes and really taking care of the basketball, turning it over just four times in the second half of the game and nine times overall. They also got up 43 threes and while Houston will probably make some contested threes, the Spurs can’t afford to give them so many open looks. That’s death for SA.

The Spurs gave up 120 or more points for the second time this season and the second time this series. Obviously, that’s not what the team wants to do and it’s unlikely the Spurs will be able beat the Rockets 130-125. In fact, they’re 1-4 this postseason when their opponent scores over 100. Pop’s take on the Spurs’ defense in the game — “We guarded poorly.”

I’d expect the Spurs to come out with a ton of focus and energy on Tuesday night. It’s not hard to see that controlling the beginning of games in this series is very important for both teams. In games 1 and 2, the Spurs were outscored a combined 35-17 in the first six minutes of the first quarter. In games 2 and 3 the Spurs outscored the Rockets 34-24.

The series shifts back to San Antonio on Tuesday night. The game will tip earlier, starting at 7 p.m. Spurs time and can seen on TNT.