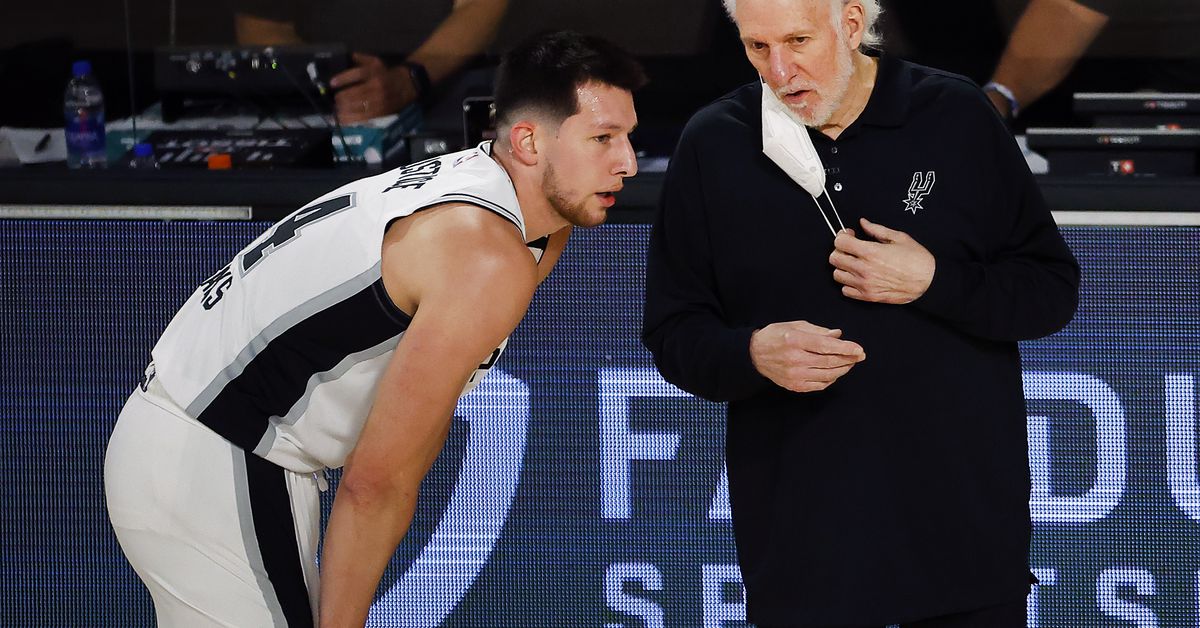 The San Antonio Spurs have signed third-year big man Drew Eubanks to a three-year contract, according to a report from ESPN Senior Insider Adrian Wojnarowski.

The Spurs tendered Eubanks a qualifying offer earlier this week to make him a restricted free agent and are now using his early bird rights to re-sign him above the salary cap.

Eubanks has played sparingly through his first two seasons with the Spurs and has spent most of his time with their Austin G-League affiliate, though front-court injuries granted him an opportunity in the NBA Restart.

The 23-year-old averaged 7.0 points, 6.3 rebounds, and 1.4 blocks per game off the bench for the Silver and Black during their eight-seeding games in the Orlando bubble, and made the most of his newfound minutes.