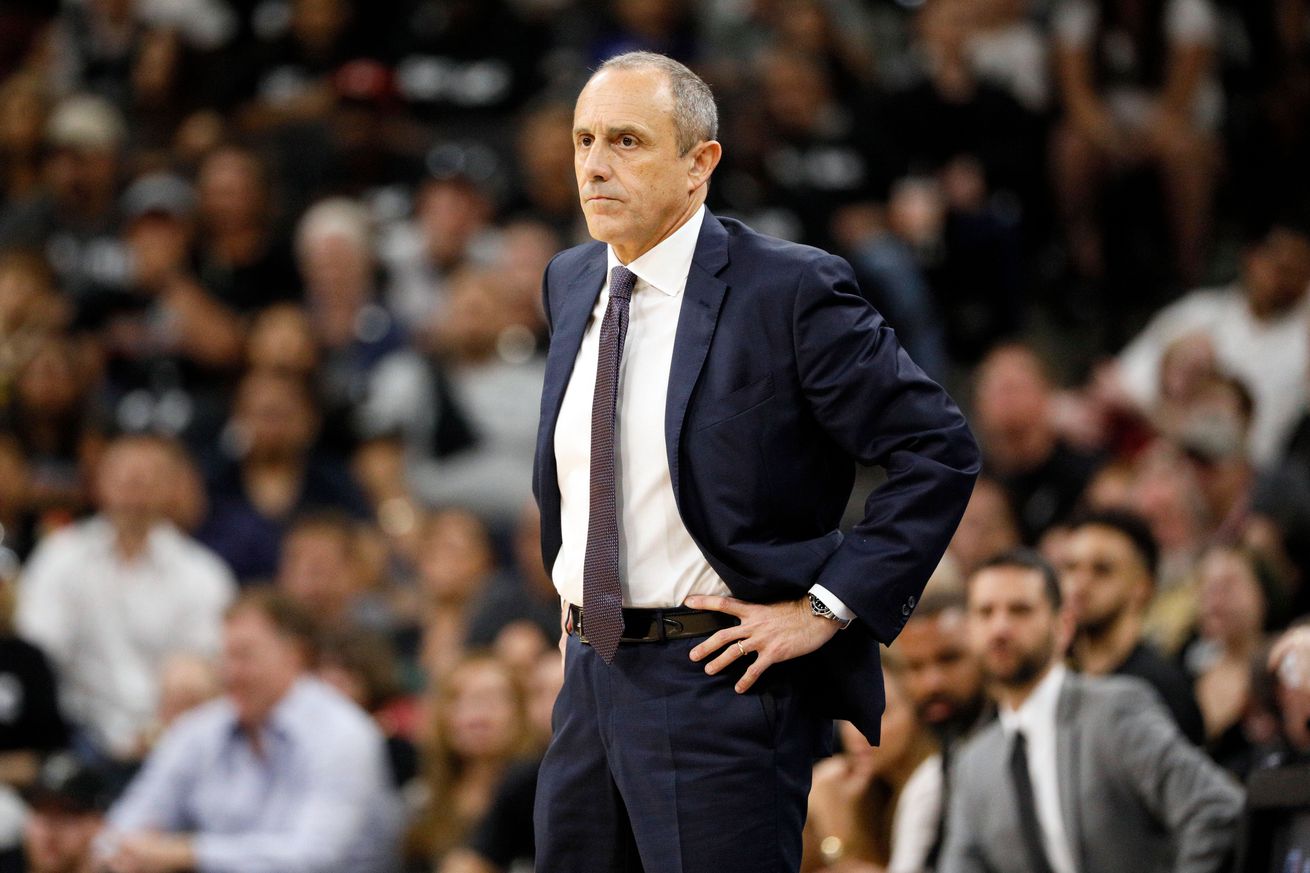 Pop may be losing another lead assistant.

Ever since Spurs assistant coach Ettore Messina came overseas and joined the club in 2014 as one of the most accomplished coaches in the Euroleague history — four-time champion, two-time Coach of the Year, and four-time Italian League champion — he has endured interest from other teams both in the NBA and abroad each summer, only to ultimately stay with the Spurs. However, that might be about to change.

It was recently reported that Messina was a target for Ax Armani Exchange Milano, and now it appears things are turning serious. According to Euro Hoops, Messina is currently in direct contact with Milan and is possibly negotiating a deal to join the organization.

Eurohoops sources have confirmed that Messina is negotiating directly with the Armani family and it’s unclear at the moment in which capacity he may join the team.

However, it’s more than possible that even if he is involved in the basketball operations as part of the management, he will also be the head coach in case of an agreement between the two sides.

Messina’s contract with the Spurs expires this summer, and so far he has not signed an extension. He recently interviewed for NBA head coaching positions with the Kings and Cavaliers, but they were filled by Luke Walton and John Beilein, respectively. After five summers of interviewing for head coaching jobs in the NBA to no avail, plus Gregg Popovich signing a three-year extension this summer, it looks like the Euros might be Messina’s best bet to return to head coaching right away, especially if it includes other perks like a say in basketball operations (a combination many NBA franchises are moving away from).

With Ime Udoka also signing with the 76ers as Brett Brown’s head assistant coach last week, Messina leaving would theoretically put Becky Hammon in the head assistant’s seat, meaning she very well could become the first woman to coach a regular season NBA game in the near future should Pop miss any time or get himself ejected.

Regardless, good luck to Coach Messina should he end up elsewhere, and we’ll be ready to report on any promotions or new hires that the Spurs may make in the weeks to come.