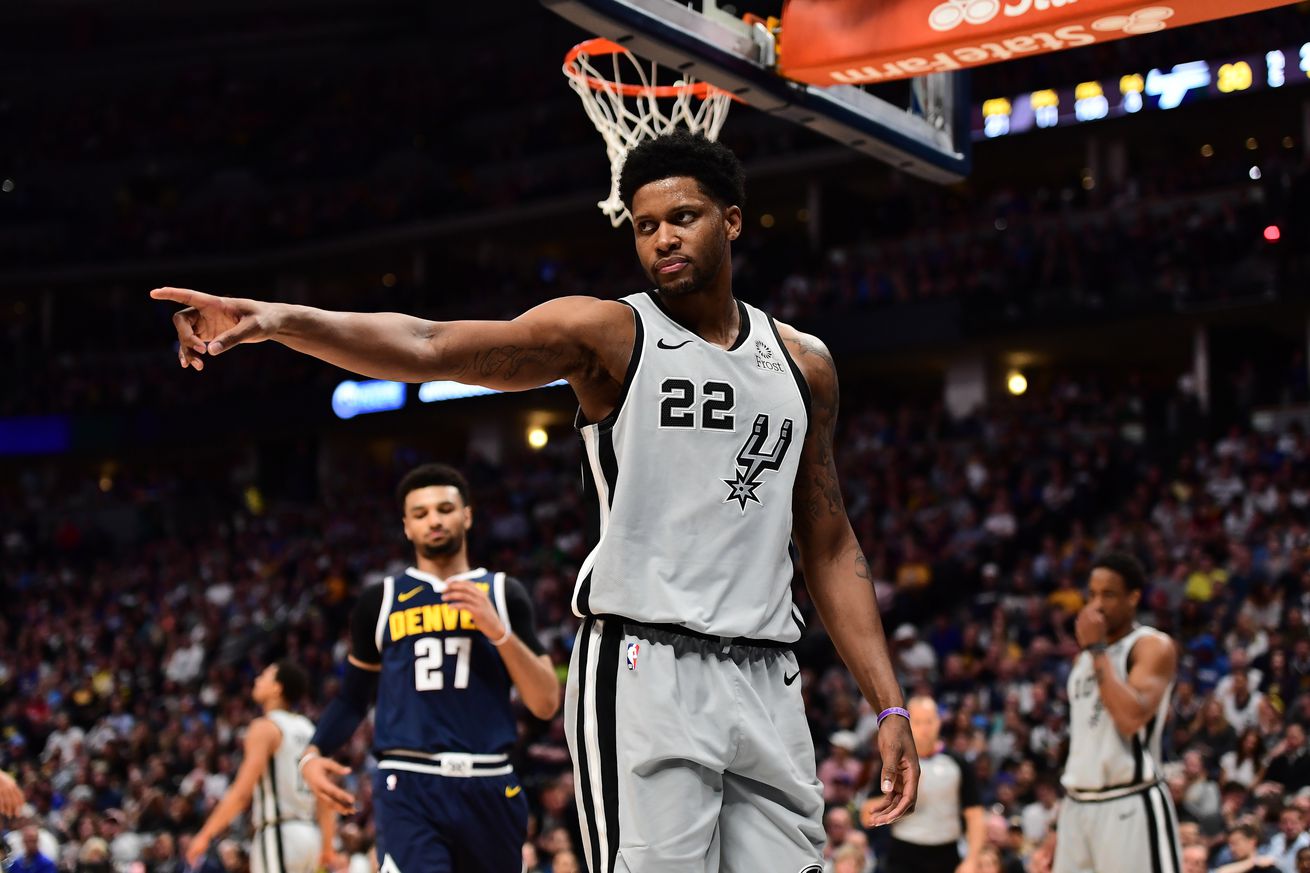 Retaining him is one of the Spurs’ top offseason priorities.

Here’s some good news for Spurs fans! Rudy Gay is expected to re-sign with the Spurs this summer, likely for more than $10 million per season. As was first reported by Jordan Brenner of The Athletic in an article about contingency plans for teams losing top-tier talent in free agency (subscription required):

Rudy Gay looks like such an option [for teams who lose or fail to land players like Kevin Durant or Kawhi Leonard], but multiple sources said they expect him to re-sign with the Spurs (potentially for more than $10 million per season).

Gay has played for the Spurs over the last two seasons and performed well as a member of “The Mid Three” this season alongside LaMarcus Aldridge and DeMar DeRozan. The Spurs own his bird rights, so they will still have access to the non-tax mid-level exception, expected to be worth around $9.3 million. Should Gay re-sign, and if the Spurs use both of their first round draft picks on non-stashable players, that will bring the roster up to 14 of 15 spots filled.

Report: Rudy Gay is expected to re-sign with the Spurs
Source: Pounding The Rock