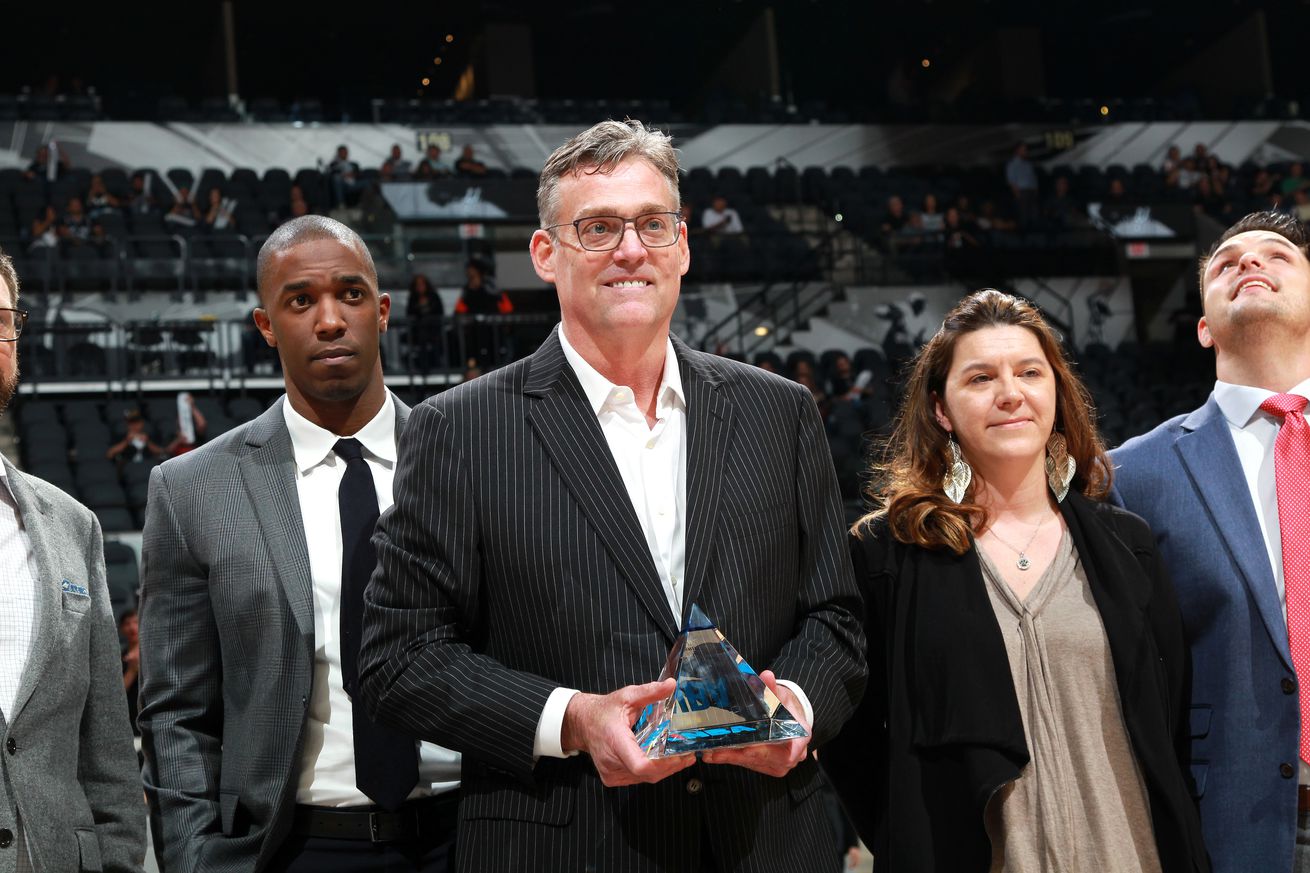 Buford is reportedly moving up in SS&E, so assistant GM Brian Wright will take over.

Spurs general manager of 15 years RC Buford is reportedly moving up even more in the organization, and that means a new GM for the Spurs as they seek to navigate a new NBA landscape. That new GM will reported be current assistant GM Brian Wright. Per Jabari Young of The Athletic:

After a little more than 15 years serving as GM, Buford is getting prepared to bequeath the role to assistant GM Brian Wright, league sources have confirmed to The Athletic. Wright will report directly to Buford, who will officially get a new title that some around the NBA believe will be a role in helping oversee Spurs Sports and Entertainment.

When the Spurs officially hired Wright in 2016, he stayed behind the scenes and focused mainly on scouting. But sources have informed The Athletic over the last year Wright has been more involved, even fielding packages for the trade of Kawhi Leonard the previous summer.

Buford has long been considered one of, if not the best in the business. He was one of the first GM’s to start scouting European players extensively, opening up a whole new realm of international possibilities for the NBA. He has also proven to be one of the best scouters in the league, generating steal after steal in the NBA draft despite never having a pick in the lottery during his time as GM and way more often than not picking after 25th. Even if he will no longer be general manager, it is good to know he will still be a part of the organization, and it sounds like he will still ultimately have the final say.

Prior to joining the Spurs, Wright was an assistant GM for the Detroit Pistons under Stan Van Gundy, and before that, he spent eight years with the Orlando Magic and worked his way up from a summer intern to manager of scouting and development. Needless to say, despite being young (37), he has proven his worth with such a meteoric rise up the ranks.

If this report is true, a big congratulations and thank you to RC for all you have done and will continue to do for the Spurs organization, and a big re-welcome to Brian. Even though you have been here for a few years now, we hardly know ye and look forward to rectifying that as you come out from behind the curtain.

Report: RC Buford may be promoted so the Spurs can name a new GM
Source: Pounding The Rock