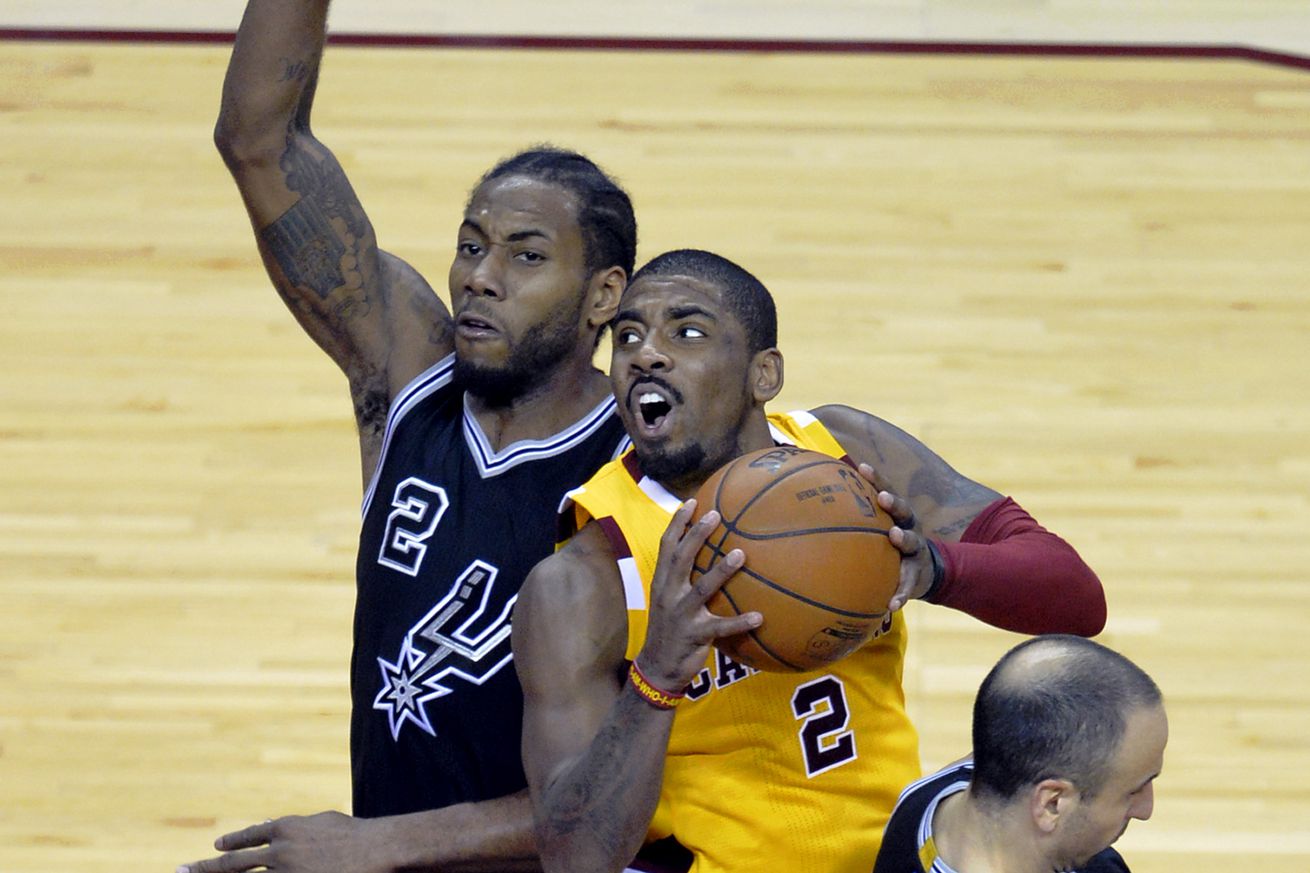 When will this Cleveland drama end?

I want to make it clear that I think it’s unlikely that Kyrie Irving ends up in San Antonio. (Of course, I felt the same way about LaMarcus Aldridge in 2015, but that didn’t stop him from leaving Portland and signing with the Spurs.) But if we ignore everything cooking in Cleveland with LeBron James and company, and Irving ends up joining the club, I’m going to be useless in trying to recreate the path the clubs took to make it happen.

So, here’s the latest, per Woj:

The Spurs have interest in Irving, league sources say, and Irving’s willingness to commit to an extension with the Spurs makes for legitimate win-now deal possibilities for Cleveland. Without James beyond next season, though, the likes of LaMarcus Aldridge, Tony Parkerand Danny Green hold no appeal.

So Irving would think long-term if the Cavaliers’ trading partner is the Spurs. But there are significant hurdles on both sides. If James commits to Cleveland and the Spurs would need to involve Aldridge to complete a deal. Is really Pop willing to have a big man rotation of Pau Gasol, Joffrey Lauvergne and David Lee? But it’s just as difficult on the Cavs’ side because James is still sending signals that he’s not sure he wants to stay if everything’s falling apart.

That’s the current status of things. Irving likes the idea of San Antonio, but the Spurs and Cavs have tons of issues to overcome before Kyrie could pull on the silver and black.