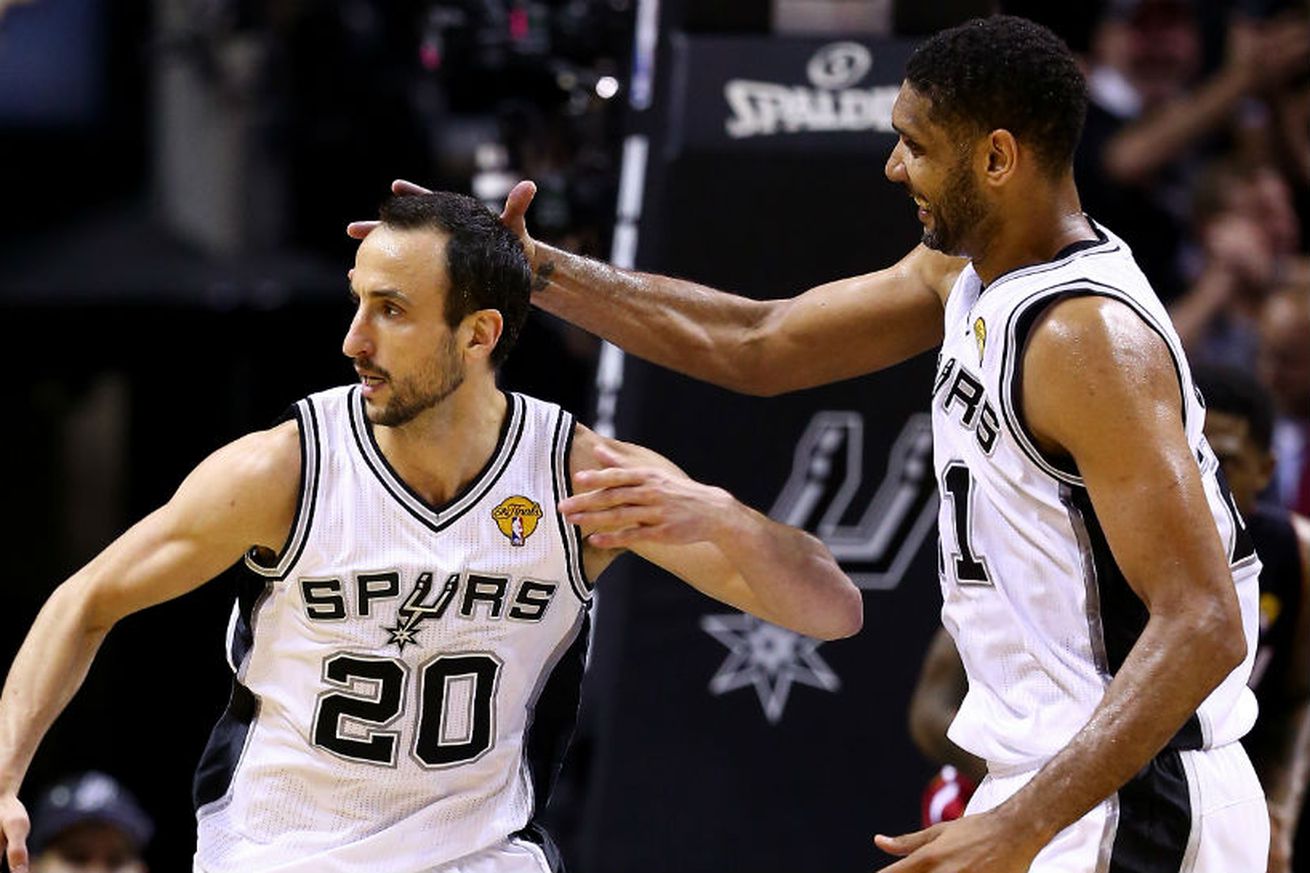 The way fans view the best of times can have a huge affect on how this season seems.

This has been my most awkward season supporting our team. During this recent tough stretch, where we increased our number of days under .500 from 56 to 65 (love that Dallas [943] and Houston [1004] are a distant 2nd and 3rd!), my wife and I have found ourselves ‘missing’ games for reasons ranging from babysitting our four nieces and nephews to helping out with the California wildfire recovery efforts to the not-yet-patented ‘grocery shopping while a major sporting event is going on’ lame excuse. Each of the Spurs losses after Thanksgiving seem to adversely affect us exponentially.

It got me thinking about the exact point that my wife, an unabashed Chicago Bulls follower from the MJ/Scottie era, became a true Spurs fan and loyalist: it was Game 5 of the 2014 finals – in the middle of the Spurs’ 50-20 comeback run – emphatically highlighted by Manu Ginobili’s dunk on Chris Bosh (I made sure recently to also show her the plays that bookended the dunk – a reverse layup on a clearout against Rashard Lewis and a stepback 3-pointer on a clearout against Udonis Haslem). There were no words uttered; just a loud, approving laugh emanated from Emily’s mouth sometime between the actual dunk and Timmy rubbing Manu’s head in approval. Lately, those exclamations and celebratory Spurs occasions, where my wife asks me about how her favorite Spurs were doing (Boris Diaw, #2, Patty Mills, Marco Belinelli), have largely gone silent. Instead, those moments have been replaced with “Who is #33?” “What is Timmy doing now?” “Where is Gasol?” and “I miss Manu!”

With that said, I find myself trying to practice something I do often in my career (Marriage and Family Therapist) with my clients – having them share when things were better in their distant past, remembering what attracted them to their spouse in the first place, or even trying to recall times when their kids were better behaved. I want to remind myself of the better times while PATFO and the team try to figure things out. So I found a brief excerpt from Zach Kram’s article examining whether the Sixers’ Big Three (Embiid, Simmons, Butler) is worthy of comparison to other threesomes:

The best clutch (defined as games that feature a margin of five or fewer points in the last five minutes) team on record, unsurprisingly, is the 2015-16 Warriors, who went 30-4 in clutch games but also went 43-5 in non-clutch games en route to setting the single-season wins record. The other teams at the top of the clutch leaderboard, which dates back to 1996-97, were also successful in both; here are the 10 with the highest clutch winning percentages, along with their overall regular-season records:

Our titans have recently recovered on this homestand and won six of seven games (all in blowout fashion). There was a five-pass sequence against the Clippers leading to a Bertans three that put San Antonio up by 19, and it was a lovely reminder of The Beautiful Game Spurs. Starting now, my wife and I made a commitment to miss far fewer Spurs games going forward and to give this iteration of the team an earnest and fair shot to win our hearts over.