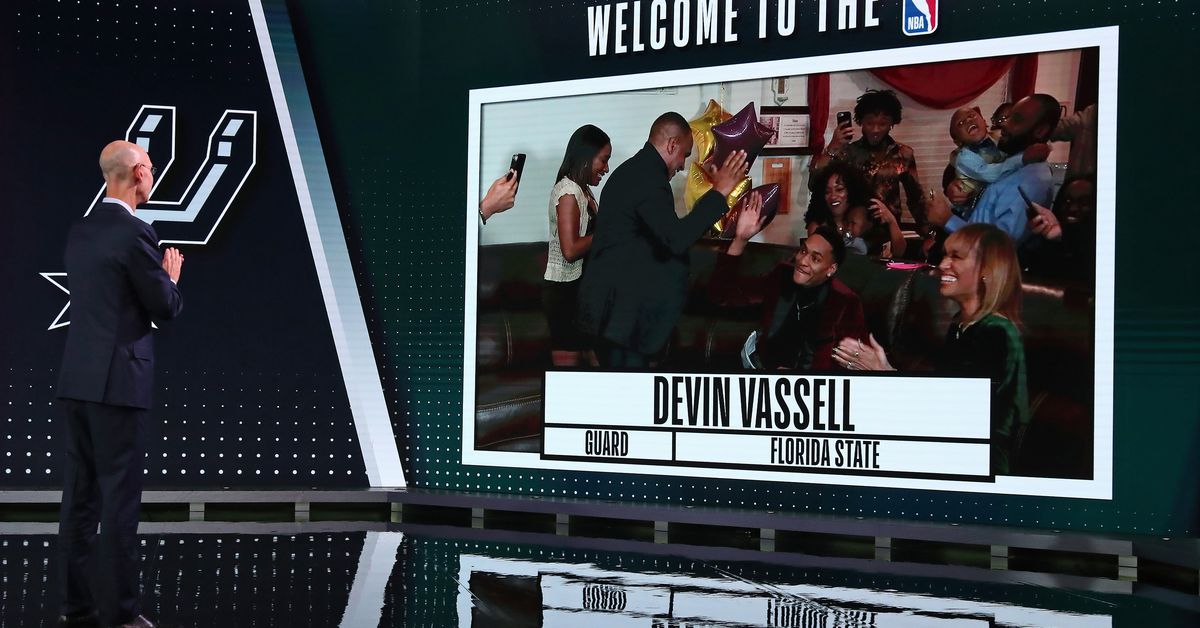 Yesterday the NBA hosted it’s first virtual draft. It was not a reflection of years past, but once one gets beyond the presentation, the heart of the event was in tact. Thirty NBA teams made decisions in hopes of building upon present success, altering past diversions, and creating a bright future.

Were you surprised by any of the decision making that went on?

For the first time in this century, the San Antonio Spurs were in the lottery. Consequently, fans only had to endure ten teams making choices before the fourth highest draft in franchise history.

What do you think of Devin Vassell? Did the Spurs finally fill that Kawhi-sized hole that has gone in need of maintenance over the last two years? While talking with another Spurs diehard last night we agreed that if the Spurs and PATFO thought enough of the Florida State swingman to draft him, then we were right to trust them.

The Spurs also drafted Tre Jones, younger brother of Memphis Grizzlies Tyus Jones with their 41st pick. An additional guard may seem overloaded, but the ACC Player of the Year/Defensive Player of the Year may force the Spurs to alter their long-term game plan.

As for the rest of the draft, only the unexpected can be expected on draft day. As Jerry Maguire says “this stuff tends to happen the night before a draft, people get crazy.” Seems like there were trades everywhere. Hard to keep up with exactly how folks landed. Some were changing as they were accepting their congratulations and thanking the team that draft them.

Luckily, the players were given 30 hats to wear so hopefully all was sorted out before the ESPN production team came to retrieve the other 29 hats. Personally, I thought hat thing was bold. What do you say to the guy who got the hat rack and didn’t get chosen?