The French legend delivered three Champions Leagues to the Bernabeu in his first spell at the Spanish giants, but is struggling in his second stint.

Los Blancos were knocked off top spot in La Liga on Sunday after their loss to Real Betis and face a tough Champions League clash with Manchester City next week. 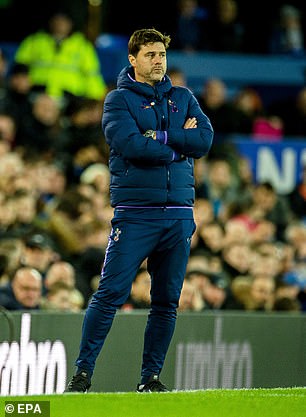 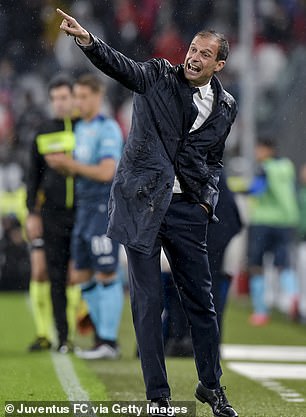 Zidane won the Supercopa de Espana in January and was reassured by club president Florentino Perez just days ago that his job was safe, according to MARCA.

But rumours are swirling that if the 47-year-old fails to bag a major trophy he could face the boot.

Pochettino, 48, sees Zidane’s job as the dream, according to the Spanish newspaper, and rejected a move to Barcelona earlier this season. 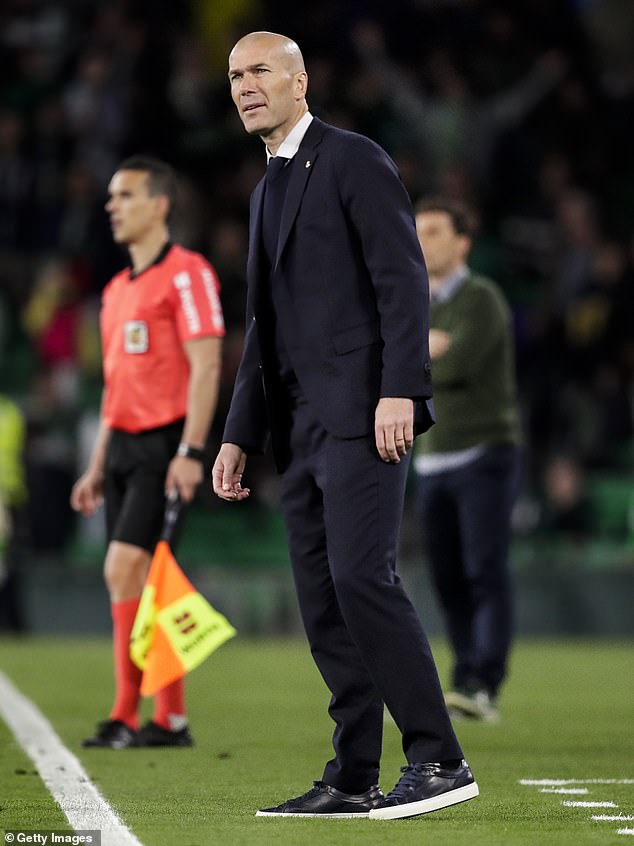 Zidane brought three Champions Leagues to the Bernabeu in his first spell, but is struggling

Former Juventus manager Allegri is another contender for the role, with the six-time Serie A winner seen as having a suitable CV.

It comes despite the 52-year-old previously saying he has no interest in a new job mid-season.

On Saturday Zidane was coy over his future at Madrid, with Juventus keen to bring him in to replace Maurizio Sarri.

As Sportsmail revealed, the Italian giants are willing to offer him a £7million deal to lure their former player back to the club. 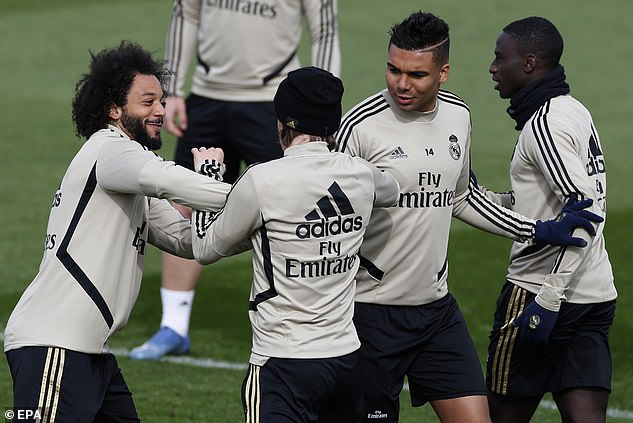 But according to Football Italia, Zidane said: ‘I am the Real Madrid coach today, but that can change. There is never certainty that you will continue in any football role.

‘I feel the club supports me, we are all working in the same direction, but we also all know how this works. It’s all about results, day by day.’

He added: ‘Nobody has contacted me, and I want to point out it is a joy to work with my players every day.’

The £7million figure is the maximum stipulated by the club’s corporate policy on a manager’s salary.