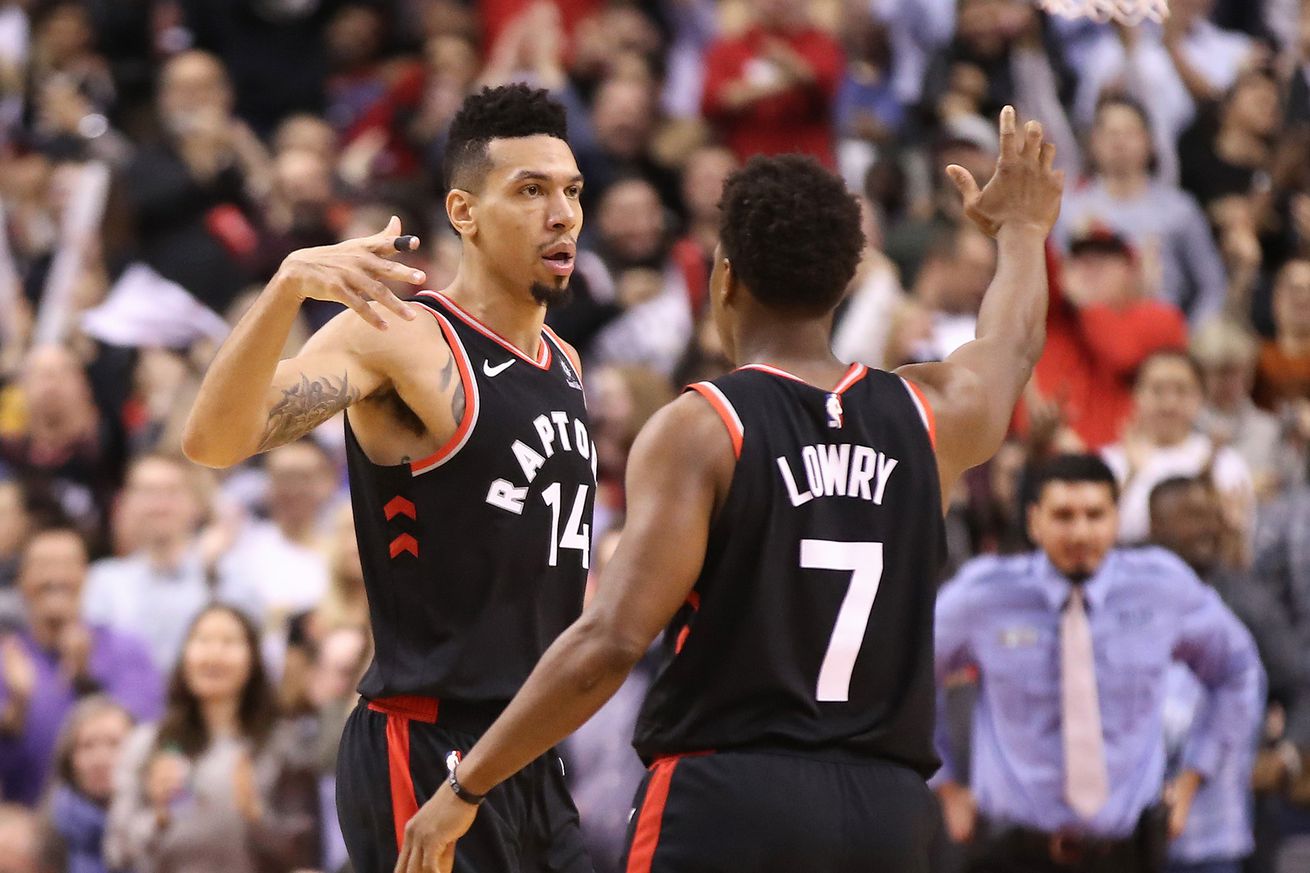 When choosing between the lesser of two evils . . .

Last night’s Raptors – Warriors game was a classic, perhaps a NBA Finals preview, perhaps the best regular game of the season thus far. The Raptors prevailed in overtime, led by Kawhi Leonard’s 37 points. One of my favorite Spurs, Danny Green, had 13 points, with 3 threes, 2 blocked shots and a remarkable plus 16 during his 39 minutes on the floor, tying for team best with ex-Thunder star Serge Ibaka. Green also made a huge three in overtime to break the tie late in the game. Some guy named Kevin Durant led the Warriors with 51 points, though the Warriors were minus 5 points while he was on the floor (he played 43 minutes).

This was a game the Raptors had to win as it was in Toronto, and the Warriors were without Steph Curry and Draymond Green. If the Raptors could not win at home against this Warriors team, that would have been a bad thing. The fact that it took overtime to win does not bode well, but we may look back at this game as the one that gave Toronto home-court advantage in the finals.

All that being said, I missed the game, doing a very LA thing: I attended a private screening of the film version of Springsteen on Broadway, invited by good friend Marc Cimino, who has The Ties That Bind in the music industry. (Loyal readers may remember my post comparing the Spurs’ long-time dominance with that of the Boss.)

While waiting for the show to begin, I was following the Raptors – Warriors game on my phone. And I wondered to myself: Who are Spurs fans rooting for in this one? Let’s find out:

The film will be out on Netflix next month, and my review of it can be summed up in one word: Awesome.