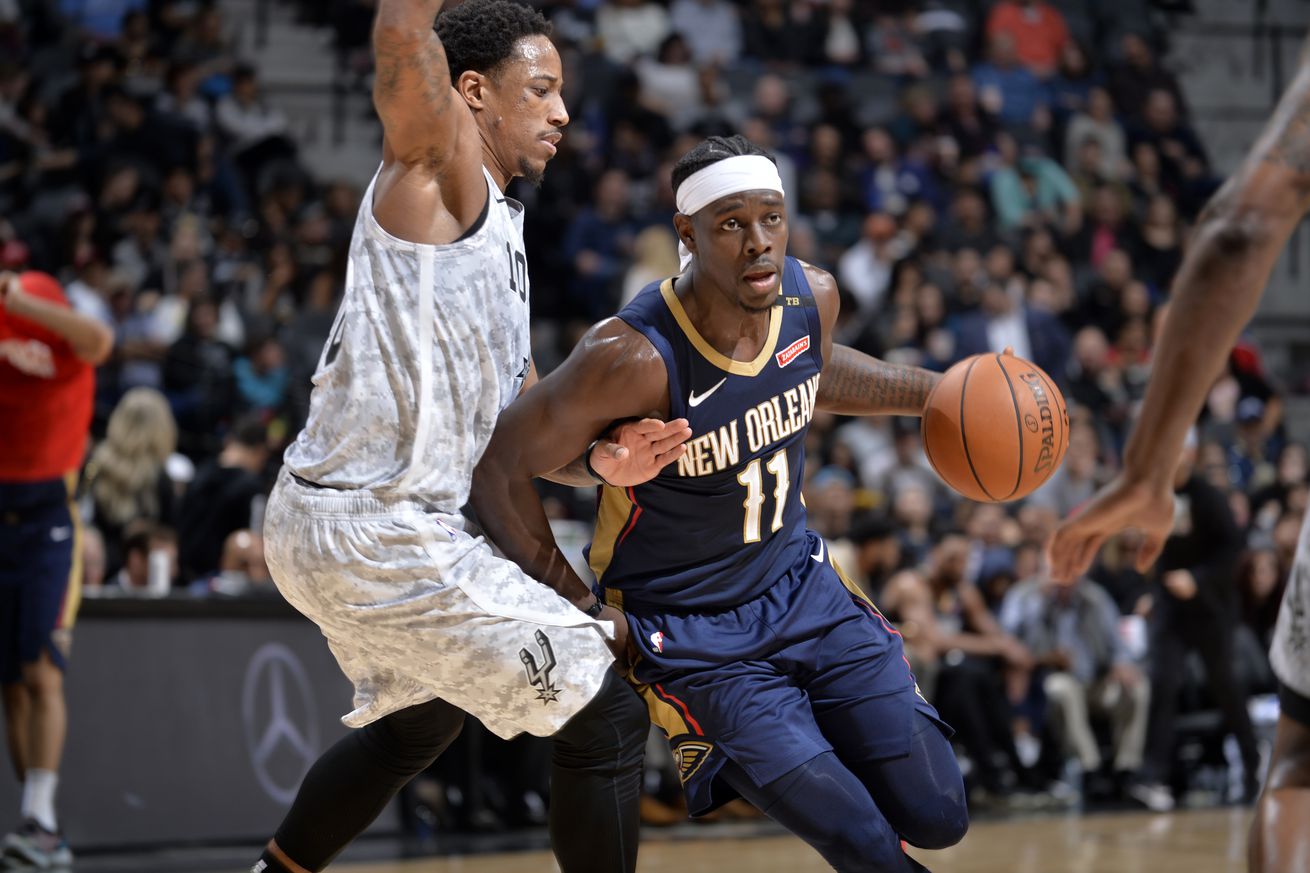 The Spurs are getting their first look at Zion Williamson and the new-look Pelicans.

The San Antonio Spurs are still searching for that elusive first preseason victory following back-to-back blowouts from both Florida franchises. Hopefully, a few days of rest and a scrimmage in front of an electric AT&T Center crowd has them energized for their third exhibition game against the tenderfoot Pelicans.

Final scores matter little in preseason action, but there are story lines to follow and plenty to learn from these trivial matchups. New Orleans is coming to town, and the Silver and Black will get their first glimpse of the man-child that is first overall pick, Zion Williamson.

Buckle up and get ready for some highflying basketball. Though this contest won’t be televised for your viewing pleasure, you’ll want to stay glued to your social media feeds for all of the riveting highlights.

A tale of two halves

Much like the regular season, preseason games consist of four 12 minutes quarters separated by a halftime period for teams to regroup and catch their breath. Nevertheless, all 48 minutes of these exhibition matchups aren’t weighted equally.

Most teams trot out their starters for one to two quarters and let their second unit and training camp fillers finish out the night, and the Spurs have pretty much followed that formula to a T. You won’t get to watch DeMar DeRozan, LaMarcus Aldridge, and Dejounte Murray play their usual minutes, though the time they spend together on the court is valuable in assessing their chemistry.

As for the rest of the roster, keep your eyes peeled for standouts. These games don’t mean much in the grand scheme of things, but tracking the growth of young guys like Lonnie Walker IV, Derrick White, Luka Samanic, and Keldon Johnson can give fans a glimpse into the future of the franchise.

The Spurs are home to nine guards in total. With so many bodies and a limited amount of minutes to go around, San Antonio is headed for a rotational log jam. Somebody is bound to be snubbed, and consecutive poor performances could be the difference between warming the bench and running with the second unit.

Murray and White have yet to share the court this preseason, and Bryn Forbes has remained in the starting lineup through two games. Although Walker got the start in San Antonio’s first preseason matchup, that proved to be out of necessity as DeRozan supplanted the second-year guard in the pecking order upon returning from rest.

DeMarre Carroll and Rudy Gay have been employed interchangeably off the bench at both forward spots, while Marco Belinelli and Patty Mills have continued to showcase their importance as three-point threats. Jakob Poeltl has started both preseason games, and it’s unclear whether Coach Pop intends to play small ball or utilize Chimezie Metu or Drew Eubanks behind the towering Austrian center.

Whatever the case may be, it’s just preseason basketball. Rotations could be in construction based on nightly returns, or the coaching staff could just be getting a feel for what they have in certain guys.

Gone are the fringe playoff Pelicans of the Anthony Davis era. The Brow is off to greener pastures in Los Angeles with LeBron James and the Lakers, and New Orleans has received an injection of elite young talent to fuel the future of their franchise.

Lonzo Ball, Brandon Ingram, Josh Hart, Nickeil Alexander-Walker, Jaxson Hayes, and last but not least, Zion Williamson. These are the fresh faces San Antonio will come in contact with on Sunday night.

While most preseason fixtures are one-off occurrences with little relevance, this game comes with implications that could last a decade. Who wins or loses is immaterial. What’s important is the fact New Orleans belongs to the Southwest Division; The same division the Spurs call home. And that means four guaranteed matchups with Jrue Holiday, Derrick Favors, Ball, Ingram and Zion each year for as long as the Pelicans keep their core together.

New Orleans may be lacking the superstar power to chase titles, but give them a few seasons. They have the talent to build a legitimate contender and their defensive versatility makes them a threat to compete for a playoff spot this year.

As a Spurs fan, I love me some Silver and Black basketball, but let’s be honest. Who isn’t excited to see Zion suit up in San Antonio for the first time?

He’s a physical specimen of the likes we haven’t seen before. Sure, we’ve seen the brute strength of Shaquille O’Neal and the pure leaping ability of Vince Carter, but we’ve never seen the two packaged into a person of Williamson’s unique build before.

Zion lays it in over Gobert pic.twitter.com/gW684KbtKh

I’ll be rooting for a Silver and Black dub and a successful outing for all our guys. I’ll also be rooting for a thunderous jam from Zion. These things aren’t mutually exclusive. You’re not a terrible Spurs fan if you want Zion to put someone on a poster tomorrow night, you’re just human.