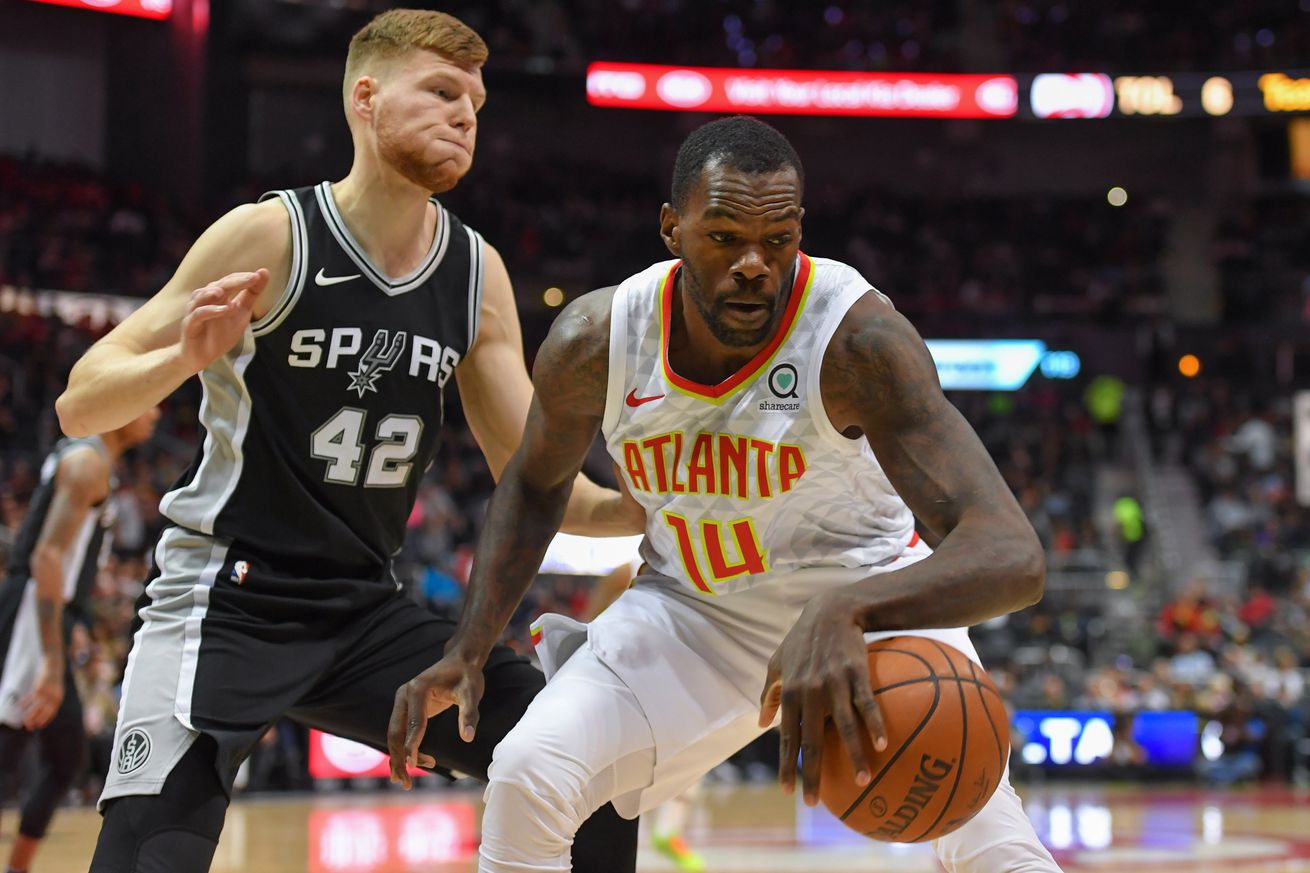 The suddenly-depleted Spurs hit the road for the first time.

After starting the preseason with three-straight games at home, the Spurs are hitting the road for the first time to face off against Mike Budenholzer and the Atlanta Hawks. After showing both some promise and room for improvement in their 2-1 start, the Spurs will be back to square one in some regards thanks to a pair of costly injuries.

From overcrowded at guard to depleted

This certainly is not the way the Spurs wanted their preseason to go. Already working in several new rotation pieces following the loss of Kawhi Leonard, Danny Green, Tony Parker and Manu Ginobili over the summer, now they are also now short their starting point guard and first round draft pick.

While Walker, who just underwent surgery to repair his knee, should return in 6-8 weeks if all goes according to plans (and was already planning on spending at least some of the early season in the G-League anyway), the loss of Murray potentially for the entire season could potentially throw a big monkey wrench in how this season could go.

The Spurs were counting on his development over the summer to help lead them forward, and now they will need to rely on a similar quantum leap from second-year guard Derrick White, the veteran leadership of Patty Mills, more than just shooting from Bryn Forbes, and possibly some extra help in pinches from capable handlers like DeMar DeRozan and Marco Belinelli to make up for his loss (and that’s only on the offensive end).

The loss of Murray doesn’t make this a lost season before it has even begun, but it has certainly thrown the Spurs off their game plan and will require more effort by committee from the remaining guards. They have two more preseason games to figure things out again, beginning tonight.

Time for a road win

Many Spurs fans have probably successfully put last season behind them, but in case anyone needs a reminder: the Spurs have not won a game away from the AT&T Center since February 25 in Cleveland. For anyone keeping track, that’s 16 straight road losses (including the playoffs) and led the Spurs to their first losing road record under Gregg Popovich.

This may just be a preseason game, and as is always the case, there will be plenty of line-up experimentation and not much emphasis on the final result. But the Spurs could use a boost of confidence on the road, even if that means just the main rotation looking confident regardless of the outcome. The Spurs’ ceiling has already taken a dip with the loss of Murray, but regardless of who plays they certainly won’t stand a good chance at the postseason in the deep West if last season’s road woes carry over.