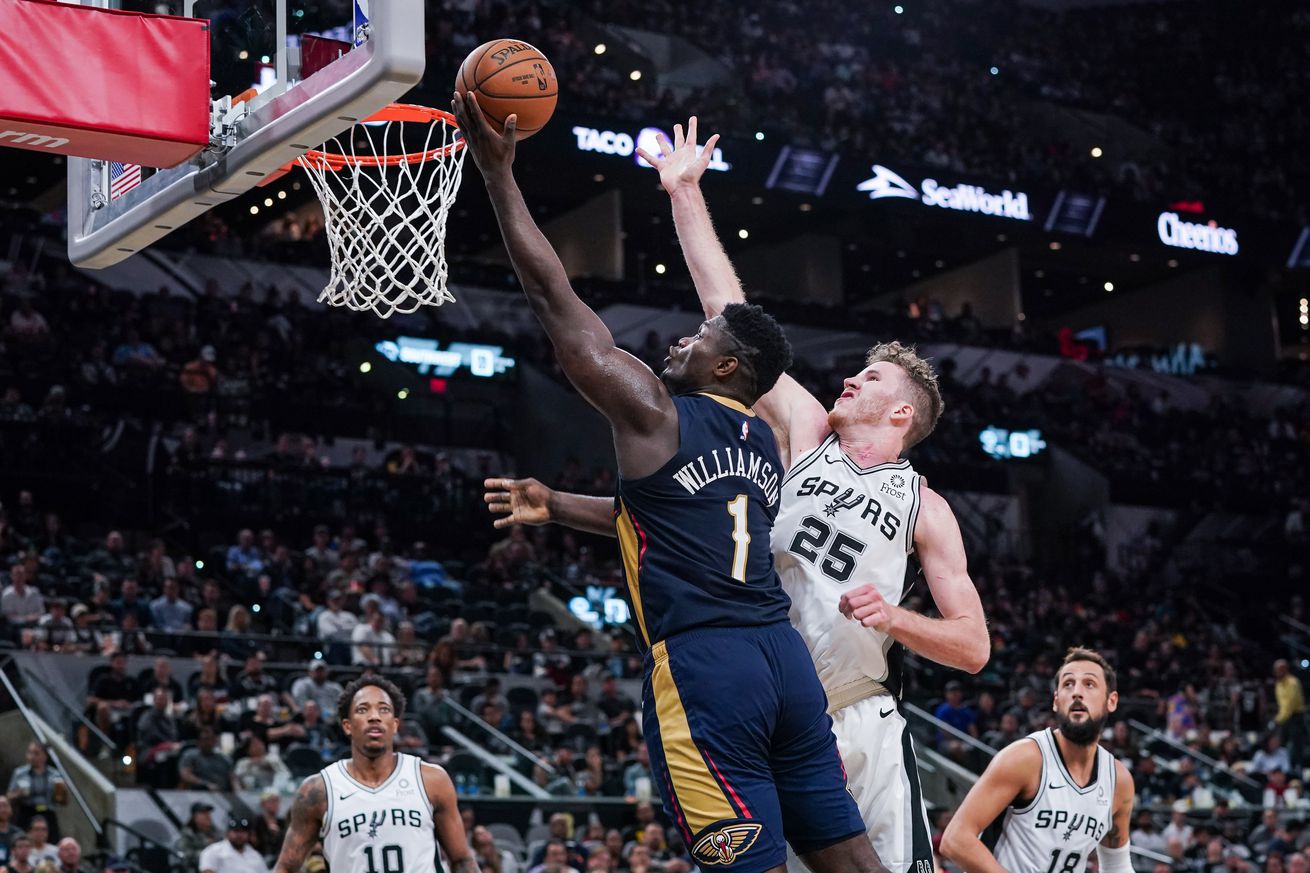 The Spurs gave up a 17-point lead, but Bryn Forbes remains as hot as ever.

The Spurs rested LaMarcus Aldridge and Rudy Gay as the New Orleans Pelicans and top overall pick Zion Williamson came to town, and they actually held their own for the first half with a 66-56 lead thanks to a dominant 27-16 first quarter. However, the Pelicans dominated the third quarter 35-16 and won the game 123-114, pushing the preseason Spurs to a 0-3 record.

First bucket of the game counts as FOUR!@BrynjForbes | #GoSpursGo pic.twitter.com/1ubckEQwdb

The Spurs are now headed to Houston to take on the Rockets on Wednesday. Tip-off will be at 7:00 PM, and once again it appears it will not be televised, so enjoy stream hunting!