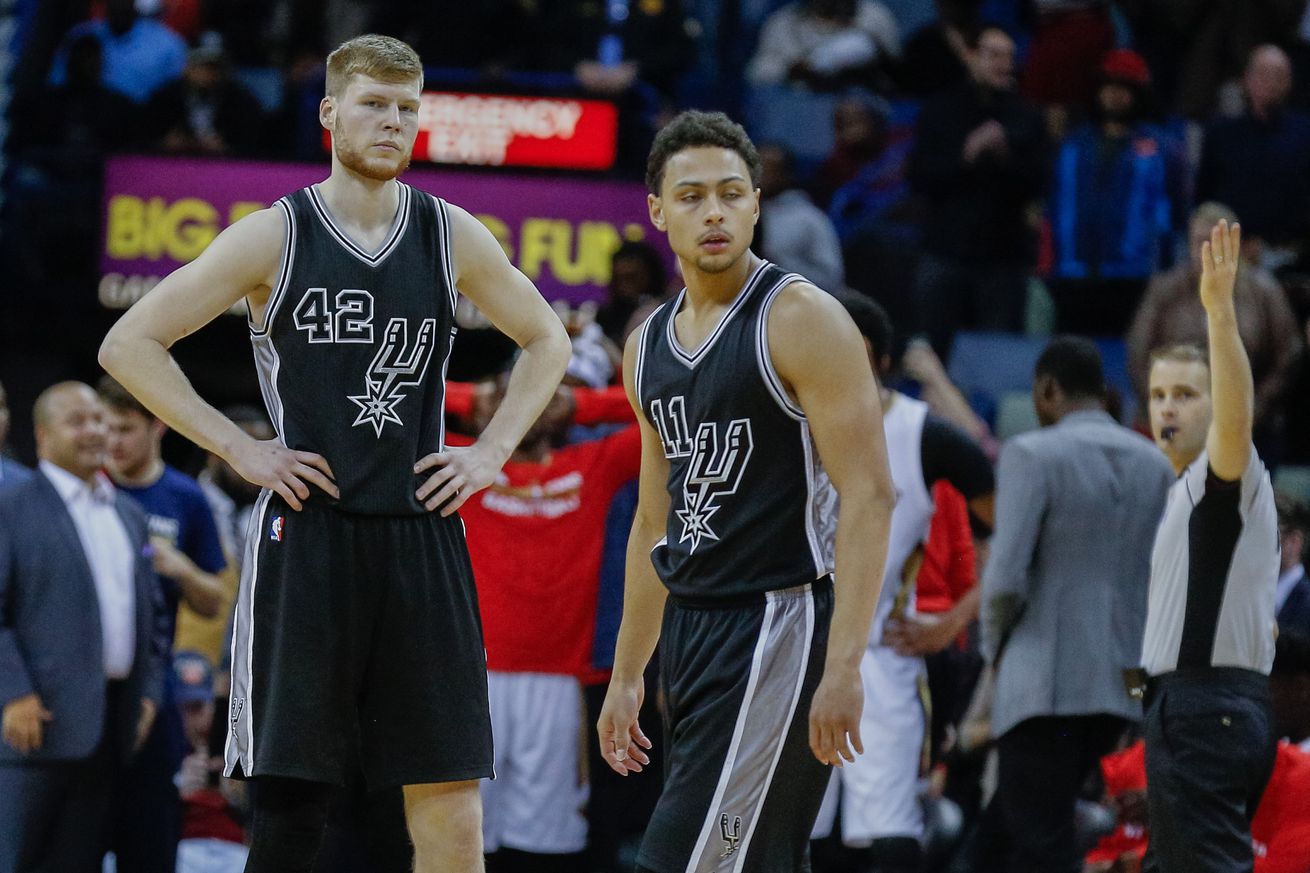 The Spurs have become well known for bringing players out of obscurity and finding them a place in the NBA. The most successful examples would by Tony Parker and Manu Ginobili, and the most recent is Jonathon Simmons. Which raises the question of who will be the Spurs’ next success story?

It’s easy to look at late first-round draft picks like Dejounte Murray and Derrick White, but while they could very well end up being steals, they were still taken in the first round and were known commodities coming out of college. The current player who best fits that mold is Bryn Forbes. Going from undrafted to signing with the Spurs and showing a willingness to learn through the G-League and Summer League, Forbes still has a ways to go but has all the makings to be the next Spurs success story.

Did Tony put in a good word for fellow a Frenchman?

The Spurs’ newest big man Joffrey Lauvergne believes a certain fellow countryman put in a good word about him to the Spurs before his signing. That would be none other than Parker himself, whom Lauvergne just happened to come across the day before the Spurs contacted him and gave what in hindsight feels like some subtle hints to his FIBA teammate. That reminds me of another time Parker encouraged the Spurs to sign a certain French big man. As I recall, it worked out pretty well…

How close are the Spurs to being a superteam?

ESPN’s Tom Haberstroh used three different models to determine what teams have the most assets to build a superteam that can challenge the current iteration of the Golden State Warriors. Those models include the 2011 Heat via free agency, 2008 Celtics via trades, and 2014 Warriors via draft picks (personally I see this as the Spurs’ model that happened to come before superteams were a recognized thing).

Captain Jack wants back in

Former Spur and current Big3 League leader Stephen Jackson is hoping for one last shot in the NBA. While he’s killing it in the newly founded 3-on-3 league, that’s still a long shot for the 39 year-old shooting guard. His last appearance in the NBA was for nine games with the Clippers during the 2013-14 season before being waived, and that followed being waived by the Spurs right before the 2013 playoffs due to irreconcilable differences with Gregg Popovich. He has nicer things to say about the Spurs now, but not getting along with Pop (and continuing to whine about it years later) is never a good lasting image for any player no matter how good they are.

Vote for a fellow Pounder!

There is always something to debate about at PtR, but one thing is undeniable: Lay’s is the best brand of potato chips, period. No if’s, and’s or but’s about it. One thing Lay’s has begun doing in recent years is the “Do Us a Flavor” contest where fans submit new flavors, and three are chosen by the company and dispersed to the public to vote for the best one.

If you read the fan posts, you might notice that one of our very own Pounders, SpursCupcake, is one of this year’s three finalists! Her flavor is “Crispy Taco”, running up against “Everything Bagel With Cream Cheese” and “Fried Green Tomato”. I don’t know about you, but I’d be voting for Crispy Taco every time even without knowing who the creator is! They are already in stores nationwide for you try.

You can check out Ellen’s story by local news affiliate KSAT-12, and be sure to click here to vote for “Crispy Taco” as your favorite flavor! You can vote once a day, and every vote you submit is a step closer to helping Ellen win $1 million! Let’s help make it happen, Pounders!