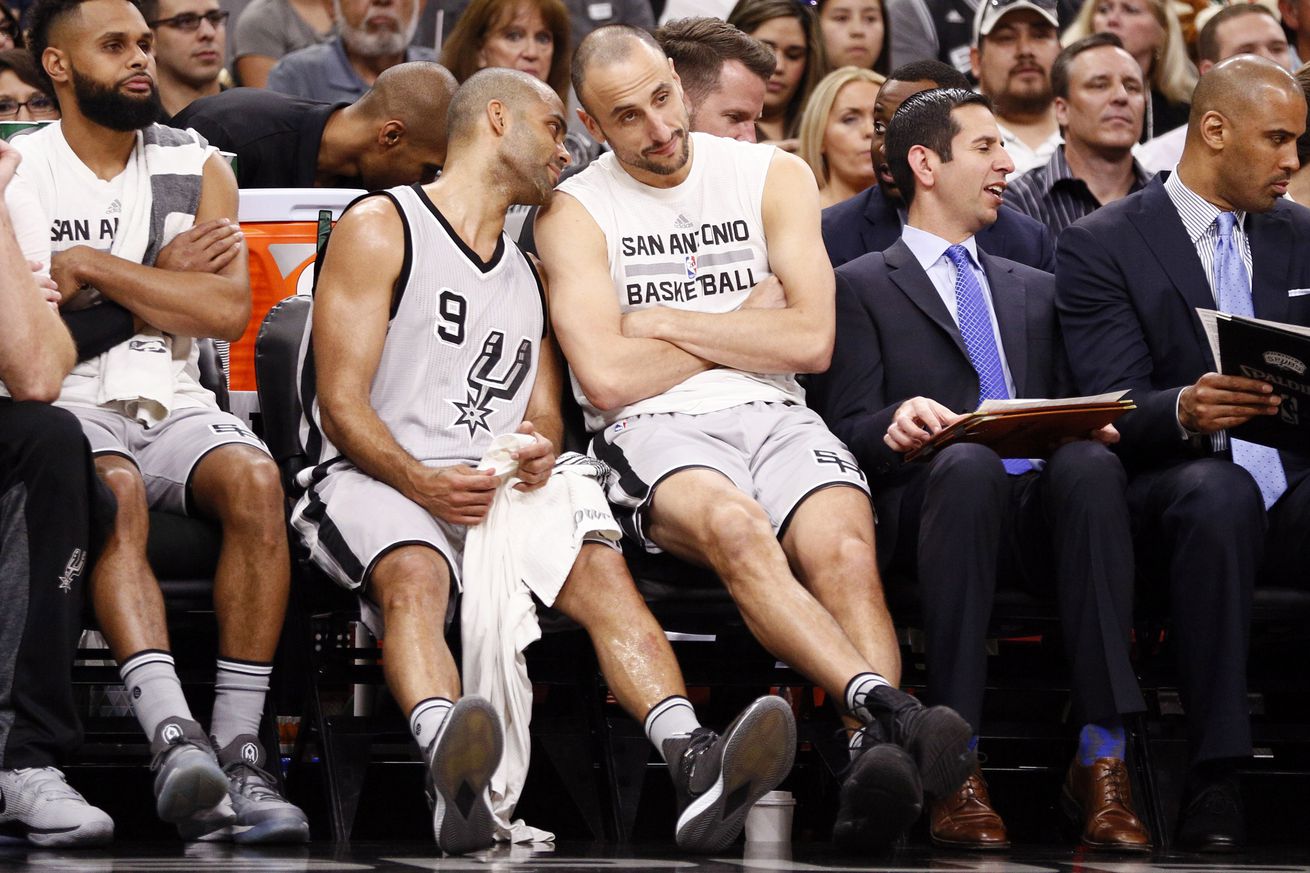 Last week’s question was answered: The Spurs will rest in 2nd.

If you go back to the beginning of this season when the schedule was first released, you probably noticed “The Week from Hell” featuring showdowns with the defending-champion Cleveland Cavaliers, Golden State Warriors, Oklahoma City Thunder and Utah Jazz (not to mention the Memphis Grizzlies tacked on to either end). Back then, you probably assumed that 3-1 would be a pretty good outcome. You weren’t wrong then, and you still aren’t wrong now.

Sure, the Spurs blew an early 22-point lead and whatever slim chance they had of stealing the top seed from the Warriors, but if you need a silver lining to that, now the Warriors won’t be infuriated with the Spurs for sweeping them, and the Spurs won’t be complacent when/if they meet up in the playoffs.

Otherwise, the Spurs showed they have what it takes to win it all should they reach the finals and face the Cavs (although granted if LeBron James and Co. reach the Finals, they will have flipped the proverbial switch and will look much different than they have lately). They also found the grit and resolve to make an equally large comeback in OKC’s House of Horrors and got a solid win against the Jazz’s stifling defense while resting five main-rotation players and getting the youngsters some much needed experience should they be called upon in the playoffs.

At this point, with the Spurs all but locked in the second seed and home court advantage secured against everyone except GS, their main goals are to reach the playoffs healthy, maintain a rhythm, and search for a level of consistency amidst all the rest. If they can achieve those things, anything can happen the postseason.

The Spurs couldn’t hold onto an early 22-point lead against the Warriors on Tuesday, but 3-1 against four of the league’s 10 best teams is a good week, especially with five rotation guys out against Utah on Sunday. They held the Cavs, Thunder and Jazz to just 94 points per 100 possessions in the three wins, with LaMarcus Aldridge making the biggest defensive play of the week. With little chance of the Spurs finishing anywhere other than second in the West and two more back-to-backs on the schedule, there will surely be more rest days in the last six games.

How are the Spurs doing in their first season post-Tim Duncan? Stung as they were to suffer last Wednesday’s fall-from-ahead loss to Golden State after running up a 22-point lead on their foremost rivals, know this: One more win will enable Gregg Popovich to achieve something he and Duncan amazingly never managed together … consecutive 60-win seasons. The Spurs won a franchise-record 67 games in Duncan’s farewell season in 2015-16 and ‎will join the Warriors on this season’s short list of 60-win teams if they can beat their likely first-round opponent (Memphis) at home Tuesday night. In yet another tribute to Pop’s coaching acumen, we came across this doozy last week: San Antonio has only three players on its active roster selected within the top 20 picks in the NBA draft (former No. 2 overall pick LaMarcus Aldridge, former No. 3 pick Pau Gasol and former No. 15 Kawhi Leonard.) That’s tied for the fewest on any roster this season with Brooklyn and New Orleans.

Though altogether unsurprising, the Spurs slowed down Russell Westbrook as well as anyone this week, came back from down 21, and sent a reminder why they’re going to be such a difficult playoff out. Kawhi is the MVP of my heart.

San Antonio just straight up took a win that Oklahoma City was holding in its hands on Friday and snatched it away from them like a kid’s favorite toy on the playground. Just mean. Kawhi Leonard is going to get a lot of MVP votes, and for good reason.