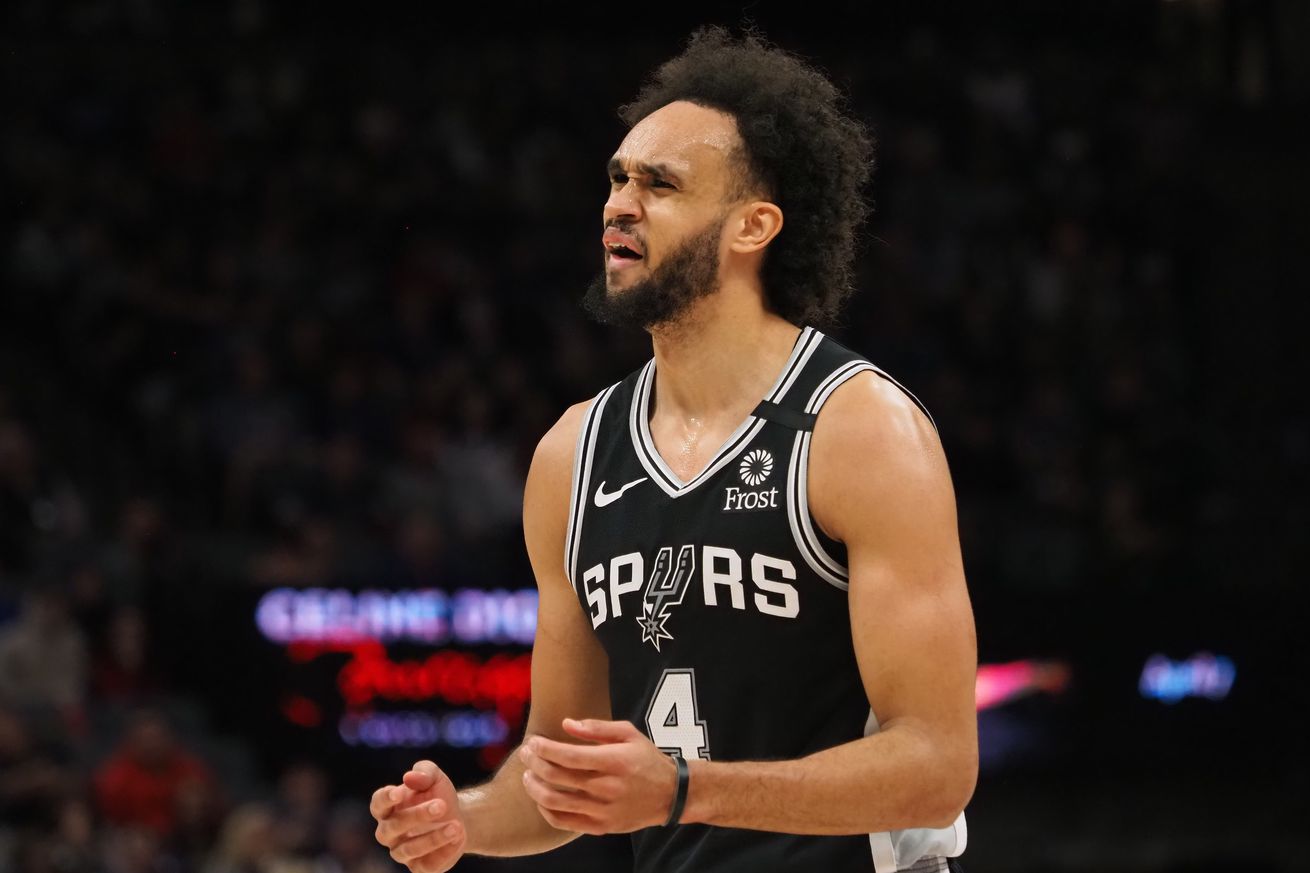 The Rodeo Road Trip is supposed to bring the team together and iron out the rough spots, but what if it doesn’t?

Road trips are supposed to be fun. Getting out of your life and exploring, having an adventure, are all aspects of a road trip that usually lead to learning more about yourself. The annual Rodeo Road Trip has been that for the San Antonio Spurs for years. As fans, we look forward to seeing how our team grows and connects with each other while meeting up with rivals in a warm up for the final playoff push. But this year’s trip hasn’t been that so far, at least not on the surface.

Week 16: Four games and four losses (including a couple heartbreakers) don’t seem to offer much in the form of fun. Unless you are looking deeper. These games have had their highlights and our team here at Pounding the Rock have seen things to be hopeful about. We kept it close for three games, two against the top two teams in the West. In the games against the Clippers and Lakers, our young guards are showing their mettle defensively in spurts. Derrick White had the task of guarding Kawhi Leonard and did a relatively good job (keeping him at 22 when he’d been hitting the 30s for several games) while also getting 2 blocks. The Lakers game also had White joining with Lonnie Walker IV to provide some periods of lock down defense. At the same time Dejounte Murray showed how his offense is coming along. The Trail Blazers game saw Trey Lyles come out strong, and Dejounte Murray hit a couple of threes and had three steals that unfortunately weren’t enough to make up for everyone else’s poor shooting night. The King’s game had few highlights, but one was Lonnie Walker’s throw-down dunk.

The Spurs were swept in the first half of their annual rodeo trip, going 0-4 during the West Coast swing, concluding with Saturday’s embarrassing blowout in Sacramento. Now 4.5 games out of the West’s eighth seed, San Antonio’s historic postseason streak is in serious jeopardy of not reaching a 23rd season.

It’s officially an uphill climb for the Spurs as they look to keep their 22-year playoff streak alive. San Antonio enters Monday night 10th in the West at 22–30, five games back of the Grizzlies for the No. 8 seed. The Spurs are in Denver and in Oklahoma City before the All-Star break. They’re No. 24 in defensive rating. Consider it a surprise if San Antonio snags the West’s final playoff spot.

The Spurs lost all four games this week as their Rodeo road trip got off to an awful start. They don’t play another home game until Feb. 26, and they’re already sitting 4.5 games behind the Grizzlies for the final Western Conference playoff spot. It’s definitely danger time for San Antonio.

Just as they did last year, the Spurs have lost the first four games of the rodeo trip, allowing their opponents to shoot 53% from the field and 47% from 3-point range, with the Blazers hitting nine 3-pointers in a 39-point fourth quarter on Thursday. The Spurs rank 25th opponent 3-point percentage (36.9%) and 20th in the (lowest) percentage of opponent shots that have come from 3-point range (39%). Their own 3-point leader (Patty Mills) missed a great look for the lead in the final minute against the Clippers on Monday and is just 6-for-23 on clutch 3-pointers for the season.

This week’s opponents both rank in the bottom half of the league in both 3-point percentage and the percentage of their shots that have come from 3-point range. But in regard to overall opponent strength, the second half of the rodeo trip is tougher than the first half. The Spurs are 1-7 on the road against the top eight teams in the West, with Monday being their first of three games against the second-place Nuggets.

The Spurs’ annual rodeo trip is off to an 0-4 start, and it looks like they forgot their defense in San Antonio.

The 123.2 defensive rating they posted in defeats against the Los Angeles Clippers, Los Angeles Lakers, Portland Trail Blazers and Sacramento Kings this week was 10.9 points worse than their full-season figure. We’re dealing in small samples, and San Antonio’s opponents shot an unreasonably high 47.2 percent from deep in those four losses.

But those defeats are on the books nonetheless, and San Antonio now has to run the table on the road against the Denver Nuggets, Utah Jazz and Oklahoma City Thunder (twice) just to break even on its eight-game stint away from home.

In years past, the rodeo trip has galvanized the Spurs, sometimes sparking a late-season run. That’s not happening this time around.

What do you think the Spurs will learn about themselves through this Rodeo Road Trip? Will we as fans find anything fun about the remaining four games? Do you agree with the analysts who seem to think that all hope is lost? Let us know in the comments.