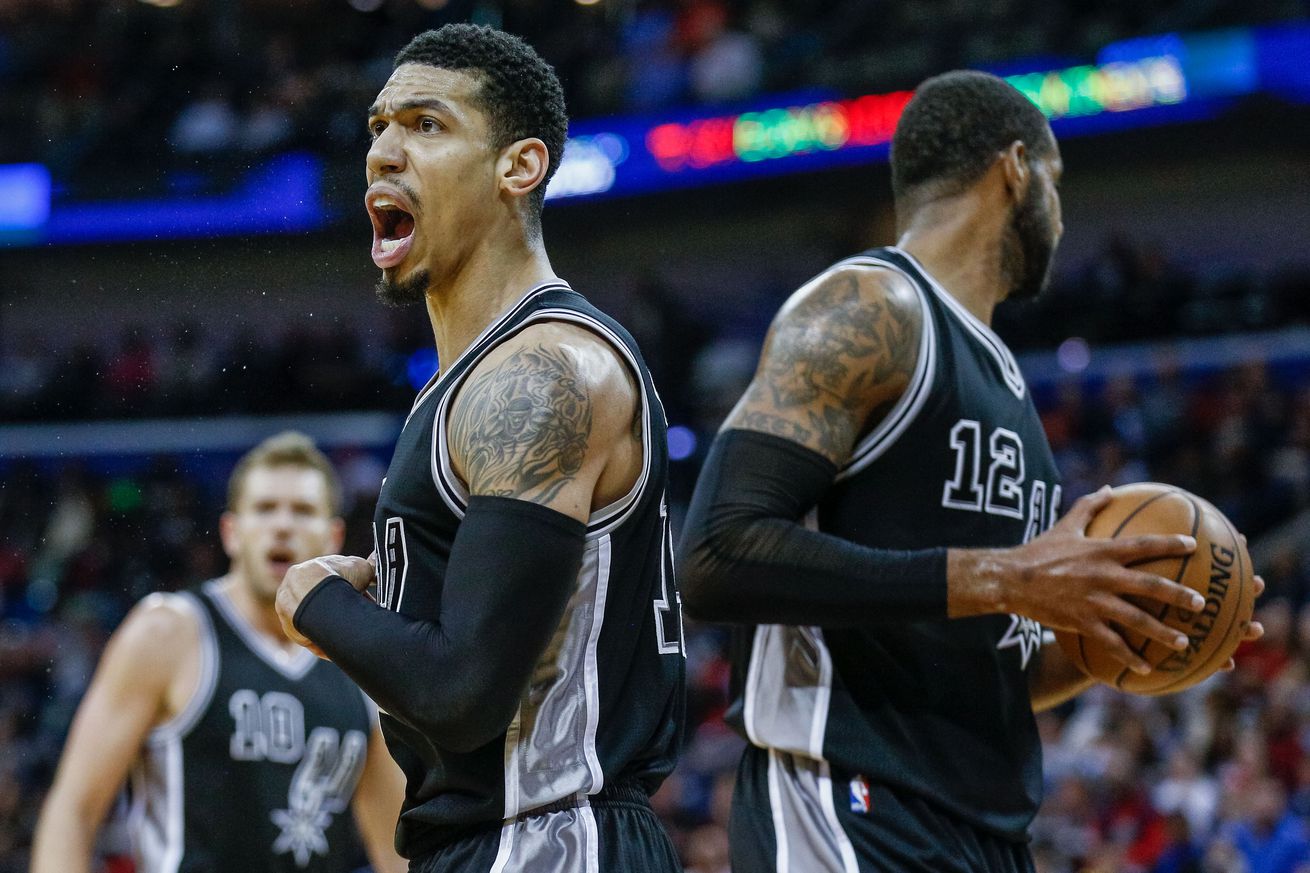 The Spurs hold firm in the power rankings despite a pair of poor second halves to close the week.

The week started off well with an absolute thrashing in Brooklyn followed by a stunning upset in Toronto sans Tony Parker, Pau Gasol, Kawhi Leonard and Jonathon Simmons. Then… things took a turn for the worse, with the Spurs (and a nearly completely healthy roster, no less) tumbling twice in late games against mediocre teams. This isn’t the first time the Spurs have done this – six of their 11 losses are to sub-.500 clubs, which we saw most recently in Mexico City against the Suns.

Perhaps this is indicative of a concerning trend, or the team is just more prone to mental lapses against sub-par competition during a road-heavy schedule. It’s only January and we’ve seen these guys do this before. Besides, it’s not like the Rockets and Cavaliers are doing any better.

The Spurs are 4-0 without Kawhi Leonard, but lost two games upon his return this weekend because they went from being the league’s best second-half team (through Thursday) to getting outscored 127-88 by the Pelicans and Mavs (allowing them to shoot 58 percent) after halftime. Since Pau Gasol broke his hand, David Lee (four games), Dewayne Dedmon (one game) and Davis Bertans (one game) have all had the chance to start next to LaMarcus Aldridge, who has shot just 31 percent from outside the restricted area over the six games.

Back to back losses after dropping one to the Mavericks Sunday for just the second time this season.

The Warriors were sporting a record 39-7 as of Thursday night when they found out they’ll have four All-Stars in New Orleans. The Spurs were 36-9 at the same juncture but can claim only one All-Star in starter Kawhi Leonard. Does San Antonio have reason to be upset? Having Gregg Popovich on the bench should factor in the Spurs’ star count, but something tells us that all the dismay coming from Pop at the moment is focused on how his team blew a nine-point halftime lead in New Orleans on Friday and then a 10-point halftime lead at home against Dallas. The Pels and Mavs, of course, are the Southwest Division’s bottom two teams.

San Antonio’s dropped back-to-back games for just the second time this season and the fourth time in two calendar years. With the top of the league as messy as it is, it’s not enough to budge them from their perch this week.

The Spurs grabbed back-to-back road wins from Brooklyn and Toronto this week without Tony Parker (missed four games with a sore foot) and Kawhi Leonard (missed two games with a sore hand), who both returned for Friday night’s loss to the Pelicans. The Spurs have won seven of their last 10 games, though all three losses have come to sub-.500 teams.

Some weird losses this week. I’m choosing to ignore them based on, well, they’re the Spurs. Still, they’re now 4.5 back of the Warriors. That ship hasn’t sailed, but it’s stowing the cargo.

Will update when posted