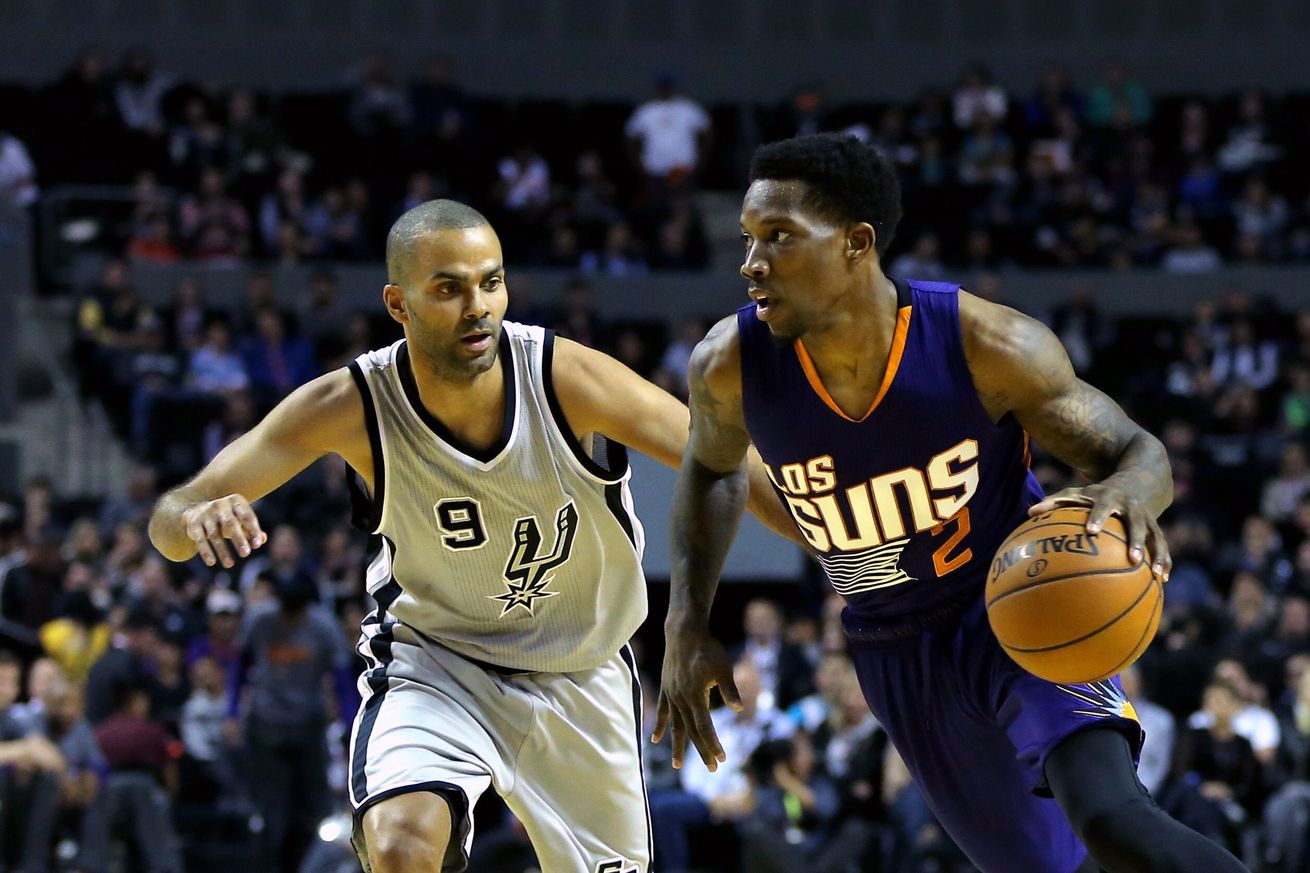 Spurs can redeem last week’s losses by beating the champs this week.

The Spurs suffered from a couple of frustrating losses to lesser teams last week, each at the buzzer. However, it’s not too hard to look past them as things that just happen during the regular season. The Spurs were without LaMarcus Aldridge, who has been on an offensive tear lately, against the Milwaukee Bucks (who were also without The Greek Freak for most of the night but got an insane performance from Michael Beasley, of all people), and they looked like they were playing in mud in Mexico City while the Phoenix Suns had already played a game there and were much more acclimated to an altitude that would make Denver blush.

It also seemed like the Spurs’ insane numbers in the clutch would eventually average back to the mean, and that’s what has happened lately as their most recent losses (including to Atlanta two weeks ago) came on the final shot. Regardless, each of those games could have been won with one or two less mistakes (and perhaps some more accurate goal-tending calls), and as a result the Spurs took a bit of a dip in this week’s power rankings. Still, it’s nothing that a big win up in Cleveland on Saturday won’t fix, but not before taking care of business vs. the Timberwolves and Nuggets.

The Spurs are slumping, having lost three of their last seven games. But the four wins have been by a total of 113 points and three losses have come by a total of seven, with Manu Ginobili and Danny Green missing 3s (one by a lot, the other by even more) to win games against Milwaukee and Phoenix last week. They did lose their No. 1 spot in defensive efficiency, allowing the Bucks to shoot 52 percent and allowing the Suns to register 28 second-chance points. They’ll face the champs (and the league’s No. 5 offense) for the first time on Saturday.

Is this where we mention that, despite the Rockets’ recent incredible run and streak, and James Harden’s MVP-caliber season thus far, the Spurs are still in first place over Houston in the Southwest Division?

A week ago in this cyberspace, we were fawning over the Spurs for all those massive leads they kept rolling up throughout the holiday season en route to the league’s second-fattest nightly point differential. One Monday later, there is disbelief bubbling all over the Alamo City because San Antonio is suddenly a modest 4-3 in January … with those three losses coming by a total of seven points. Kawhi Leonard just scored 30-plus points in three successive games for the first time in his career, but two of them (Milwaukee at home and Phoenix in Mexico City) ended in defeat. Stay tuned, though: Kawhi and Co. will feature in ESPN/ABC’s first big Saturday night extravaganza when the Spurs make their lone Cleveland appearance of the season.

A career-high 38 points made for a nice reminder never to forget how ruthlessly efficient Kawhi Leonard can be.

The Spurs uncharacteristically have lost two of three. The Suns game was a bit wacky in Mexico City, giving up 39 points to Devin Booker, but it should be noted they only play five teams over .500 (and that includes the 20-19 Pacers) before the All-Star Break.

The Spurs have had their stumbles recently, but their three most recent losses were by a combined seven points. What keeps them in games is the third best defense in the NBA and that they are the best three-point shooting team in the league (41.5 percent as a team). Fun showdown Saturday when they take on the Cavaliers on the first of the NBA’s big Saturday night showdowns.